It was early April and the shore birds were in breeding plumage in Texas along the Gulf of Mexico.  This avocet, a bird I’d never seen, in or out of breeding plumage, was feeding in the marsh in a place called Tyrell Park on the edge of a golf course south of Beaumont, TX.  There were scores of avocets in the area and the water surrounding their legs was several inches deep so despite their long legs, it looks as if they’re swimming.  The avocet in the first shot has just captured a morsel in its long curved beak.   The group of avocets in the second shot appear to be working together as a group to corral some crustaceans or small fish. 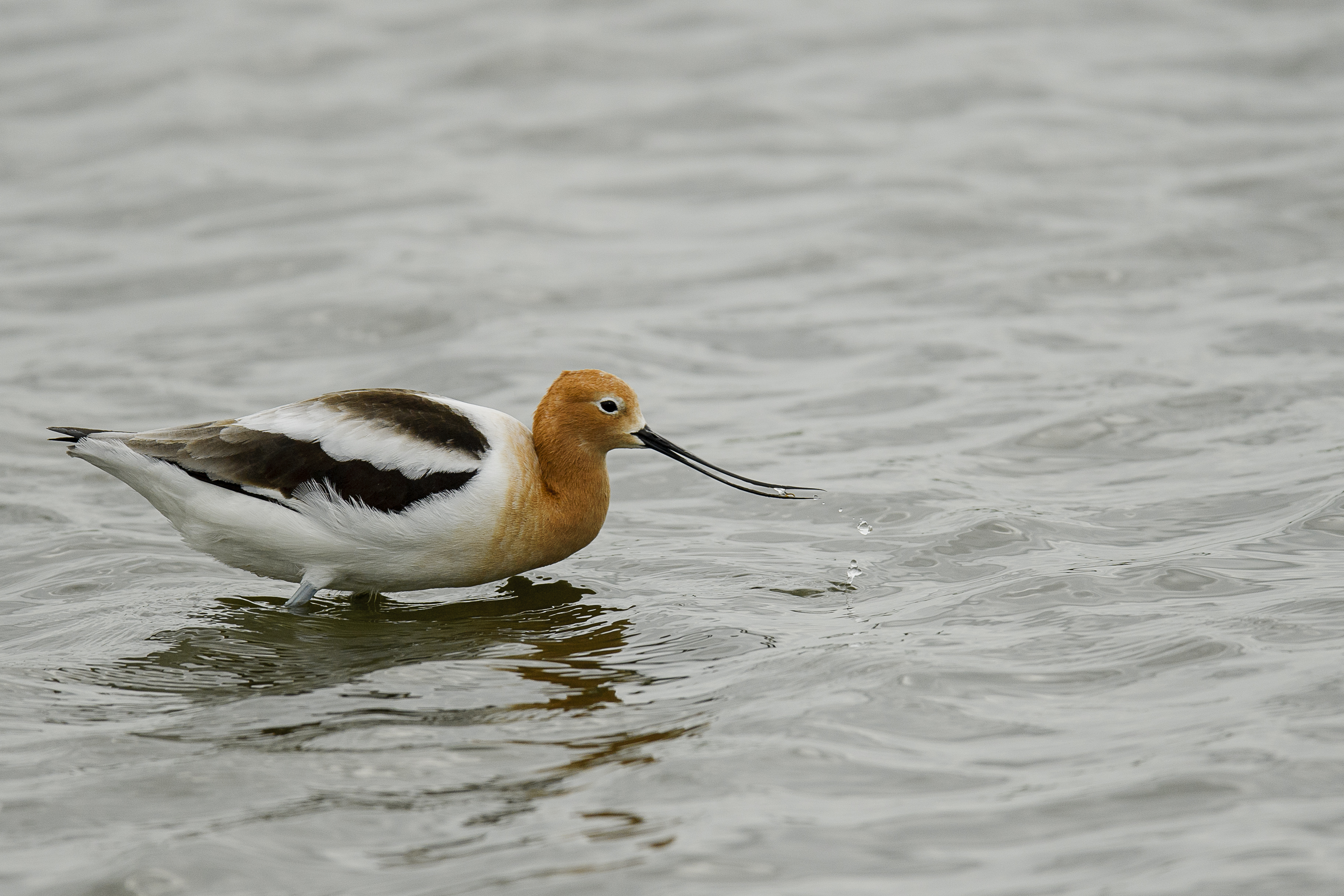 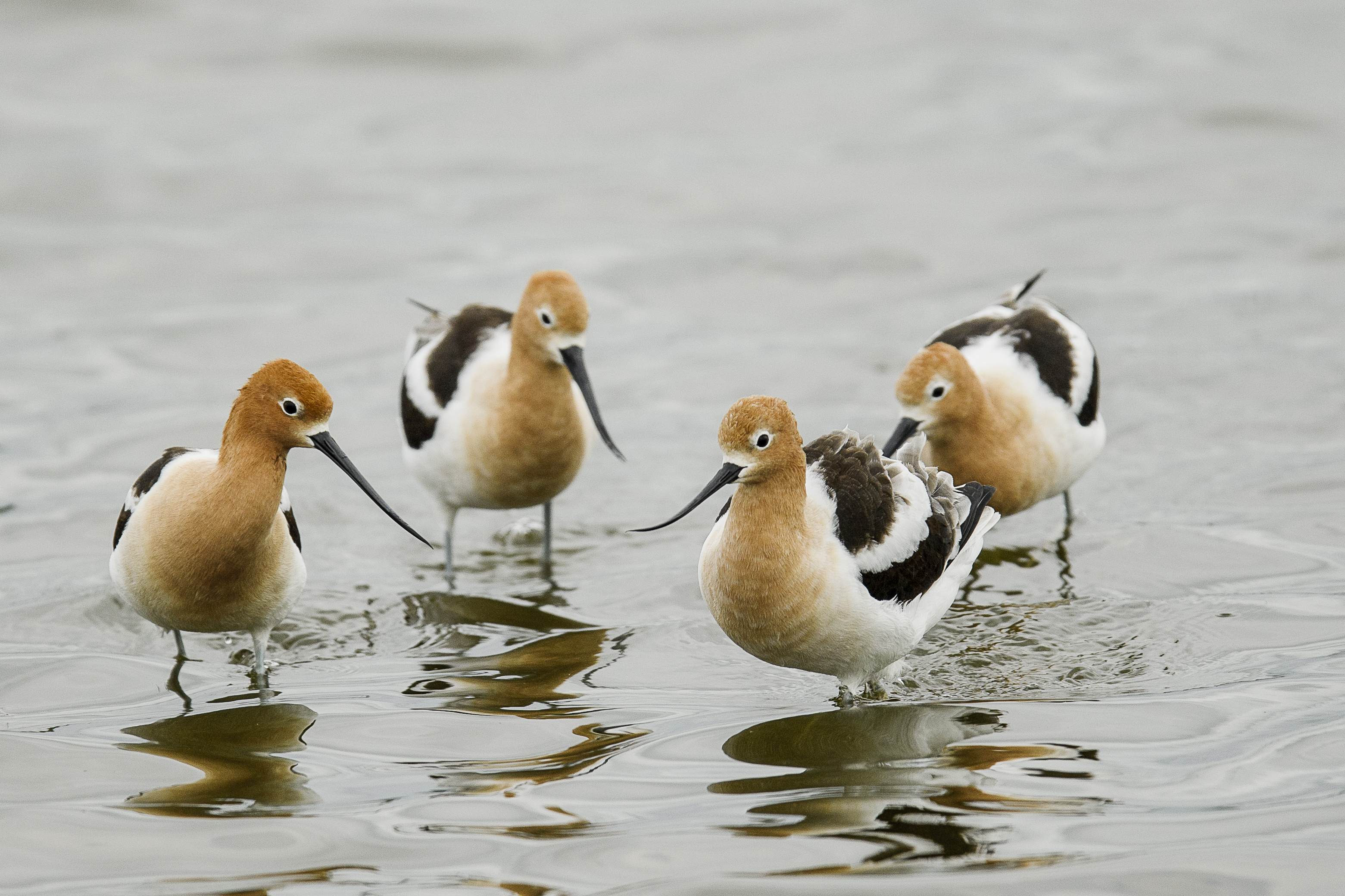