On my last day of shooting at Switzer Ranch near Burwell, Nebraska, we had just a couple of hours before we had to leave for the three and a half hour drive to Omaha to catch our flights out.  In the pitch dark, we were driven to the blinds, retired school buses with the windows and seats removed, to await the arrival at the lek of the sharp-tailed grouse for another morning of their attempts to attract females.   The mid-thirty degree temperatures felt much, much colder as the howling wind blew straight into the blind at our faces.  Keeping the big lenses steady on the tripods, even with proper hand holding technique, was a challenge as the strong wind buffeted our big glass and the bus jolted with the pressure of the wind hitting the wall behind us.  As the sky began to lighten ever so slightly, we began to hear the calls of the grouse and to see dim figures dancing and charging in the daybreak.  As we started to shoot, our discomfort lessened as we concentrated on photography.   The wind kept the birds uncharacteristically still and low to the ground.  This is one of the very few shots I got of a sharp-tailed grouse set-to.  The blowing prairie grasses prevented me from capturing a clean shot with a completely clean background.  The wind blew the grass behind the grouse’s neck just as he leaped into the air. 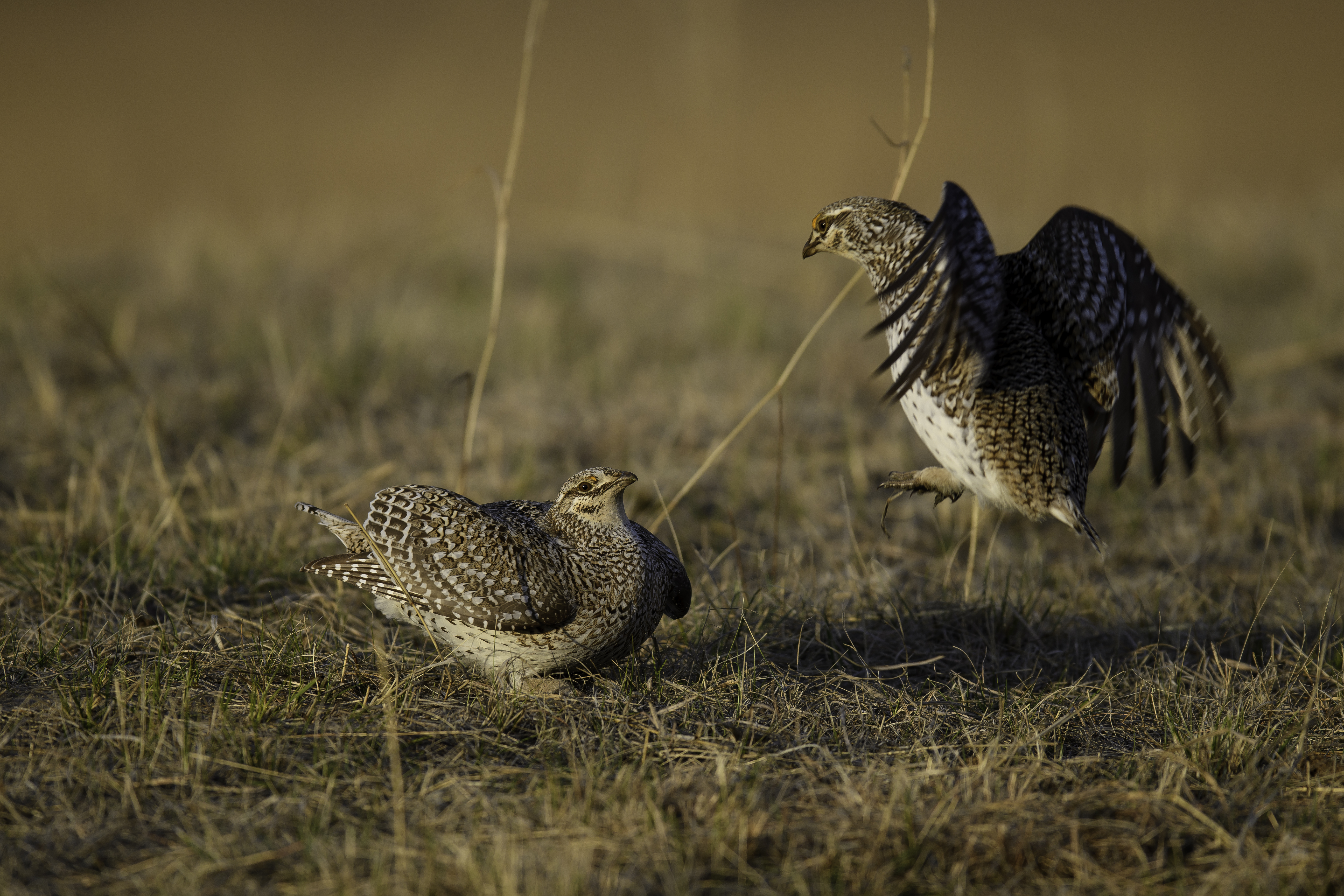