We’re getting drenching rains.  The lawn in my backyard is mostly puddles of water.  The ground is so saturated that the water doesn’t have any place to go.  I don’t have to worry about flooding (at least I think I don’t have to worry) but many valley residents have been caught off guard by the flooding of rivers and creeks, swelled by the run off from the reservoirs and steady downpour of rain.  Unprecedented orders for evacuations are occurring  everywhere in the valley.  As I write, late Monday afternoon, what they’re calling an “atmospheric river” had started to dump even more water into the area.  I’m getting emergency alert e-mails from the local power company warning about outages and offering suggestions for preparing for the storm tonight.

I wonder, how will the little creatures that live in my yard fare? A few birds are active seeking food and of course the ever present hummingbirds are out in the weather.  Before the major downpour started, I saw one of the hummers perched on a high bare branch surveying his territory.  When I heard the hummer chirping, which they usually do when they’re feeding, I saw this one sitting atop a wisteria twig near the feeder, the beads of rain lining its beak and puddling on the top of its head, looking thoroughly drenched.  The waterlogged feathers have made it a little difficult for me to identify this bird.  I think it’s the female Anna’s but I was wondering if it might be a black chinned hummingbird.  Because I used flash, the feathers appear kind of a coppery gold; the male Anna’s has a brilliant  gorget but the female has just a few colored feathers under her beak, like this one.  But they usually don’t extend around the neck like this one does and in another shot, one of those feathers on the edge was brilliant magenta.  I guess it could be a juvenile male Anna’s as well.  I can see I need to pay more attention to hummingbird idenitfication.  The drawings in my Sibley Guide to Birds just don’t include every angle and every possibility. 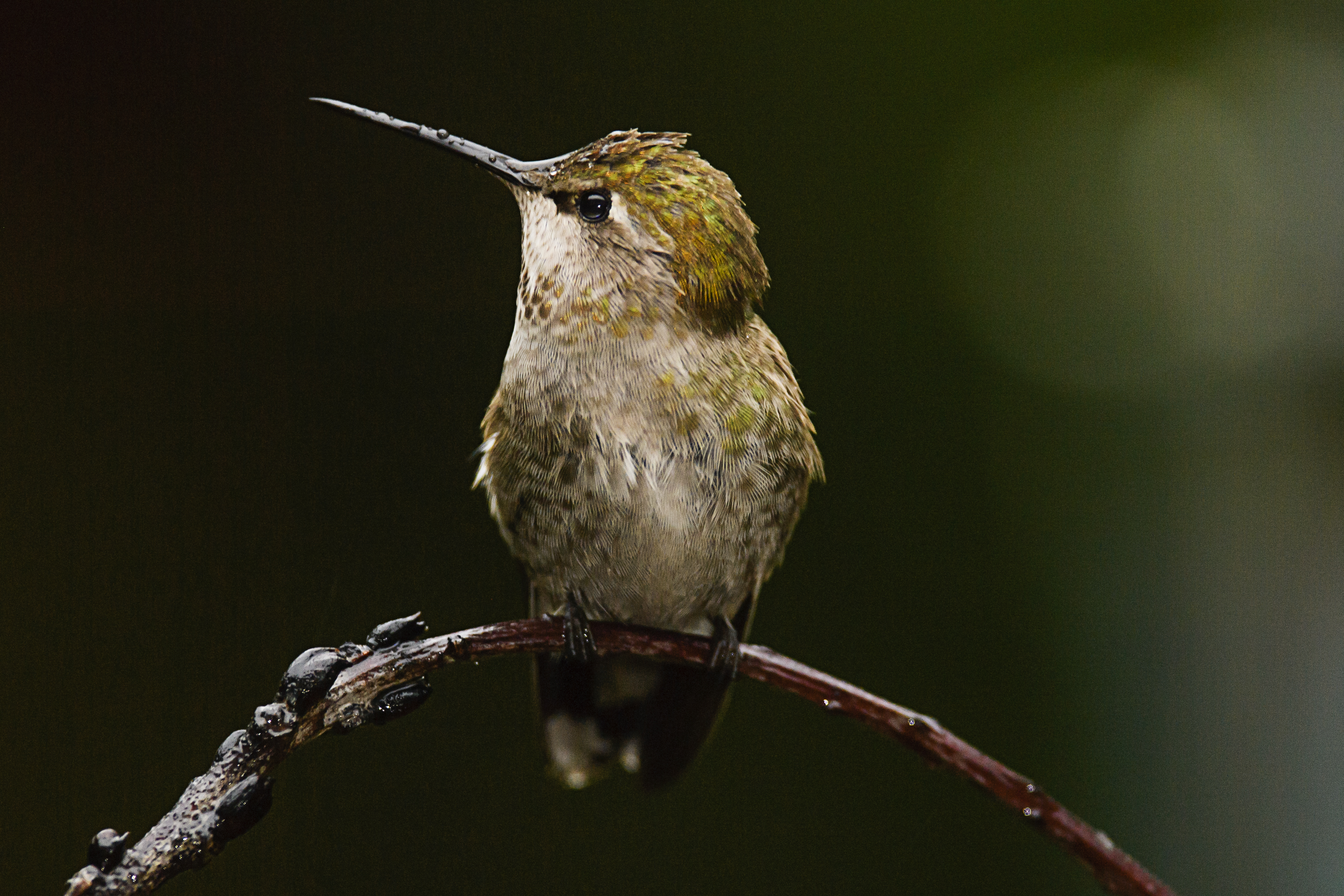