I belong to a Facebook Group called “Birds of Texas” because I visit Texas often (last year I visited Texas three times not counting my storm chasing adventure) and photograph birds while I’m there.  To post a photograph on the group’s page, the photograph must have been taken in Texas.  I usually post there once or twice when I’m there.  Last week I posted this photograph of a grackle with a coquina in its beak on the beach at Port Aransas.  I called it a Boat-tailed Grackle.  I was corrected by a member of the group.  It is a Great-tailed Grackle.  I learned the difference is the length of the tail  and the shape of the head.  The Great-tailed Grackle’s head is flatter than the Boat-tailed Grackle’s.  I also learned from comments on my photograph that to find grackles on the beach in that area is very rare so what I witnessed was, as I suspected, an unusual occurrence.  The person who corrected me apparently resides in the area and drove to the beach to see for himself what I had documented.   I don’t know if the grackles’ fondness for coquinas is also unusual but I find the behavior fascinating. 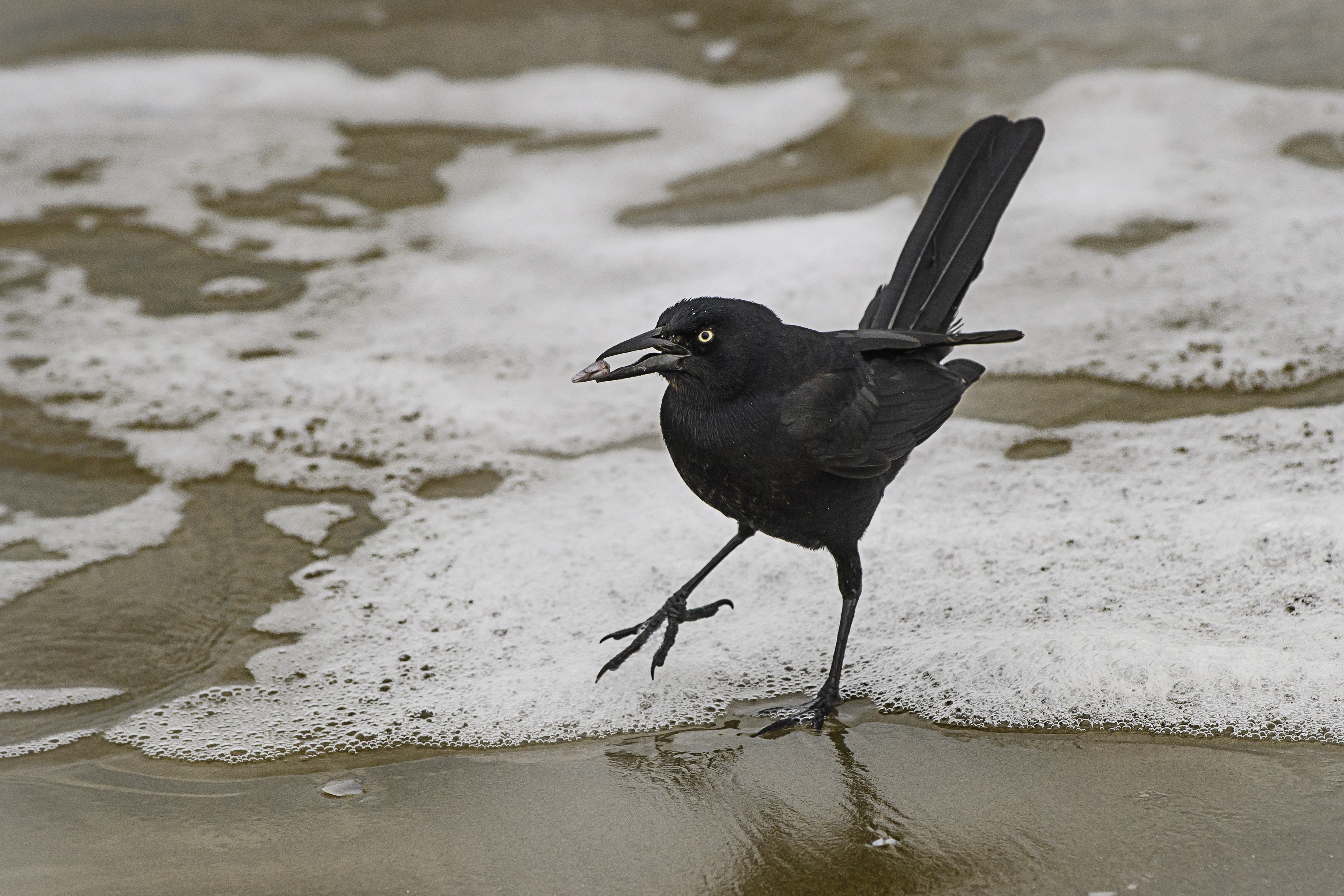