Despite practicing carrying Big Bertha and getting help from my personal trainer to do it, I still was not prepared to maneuver the taiga in Chugach State Park in Anchorage, Alaska.  Taiga is the swampy, coniferous environment where we went on our first day of tracking moose to photograph in Alaska. As it turned out, I was not up to the  challenge of carrying the 600 mm lens for several miles over uneven, hilly terrain covered with knee-deep grasses,  woody shrubs, icy paths, marshy patches, slippery mud trails, creeklets, and lumpy tundra.  We spent half the first day at one spot and about 2:30 left to meet up with some of our group who had already forged ahead to a place locals call “The Hump” where moose are commonly observed.  It was more than a mile away from our original position, itself a couple mile hike from our vehicle.  Moose, Sharon, and I were the last  to head out and, shortly after we started off,  my feet lost traction on the  slippery muddy trail, I  couldn’t regain it, and I pitched over into the tall grasses at the side of the trail.   Fortunately, it was a soft landing spot  and there were no injuries to me or my gear, just a small bruise to my ego.  But Moose realized the challenge of maneuvering this uneven and treacherous terrain was too much for me to handle while carrying the bulky lens and tripod on my shoulder.   He carried my camera and lens the rest of the day, leaving me with just the tripod to deal with.  I’m certain the burden of carrying two huge lenses and two cameras for several miles took its toll on Moose but he didn’t complain and made sure I didn’t have to struggle with my gear.  I was embarrassed by my failure but grateful that Moose came to my rescue.

Once at The Hump, we were about 50 feet away from a bull moose and a female moose.  We had to be careful to be ready to leave if they moved closer toward us but it was very exciting to be so close to these huge, magnificent animals.  I haven’t had much experience  photographing large animals.  We were so close that they more than filled the frame.   In the case of the bull moose, I could only get his enormous head in the frame and I struggled to make sure his antlers were completely in the frame.  These shots are not cropped. 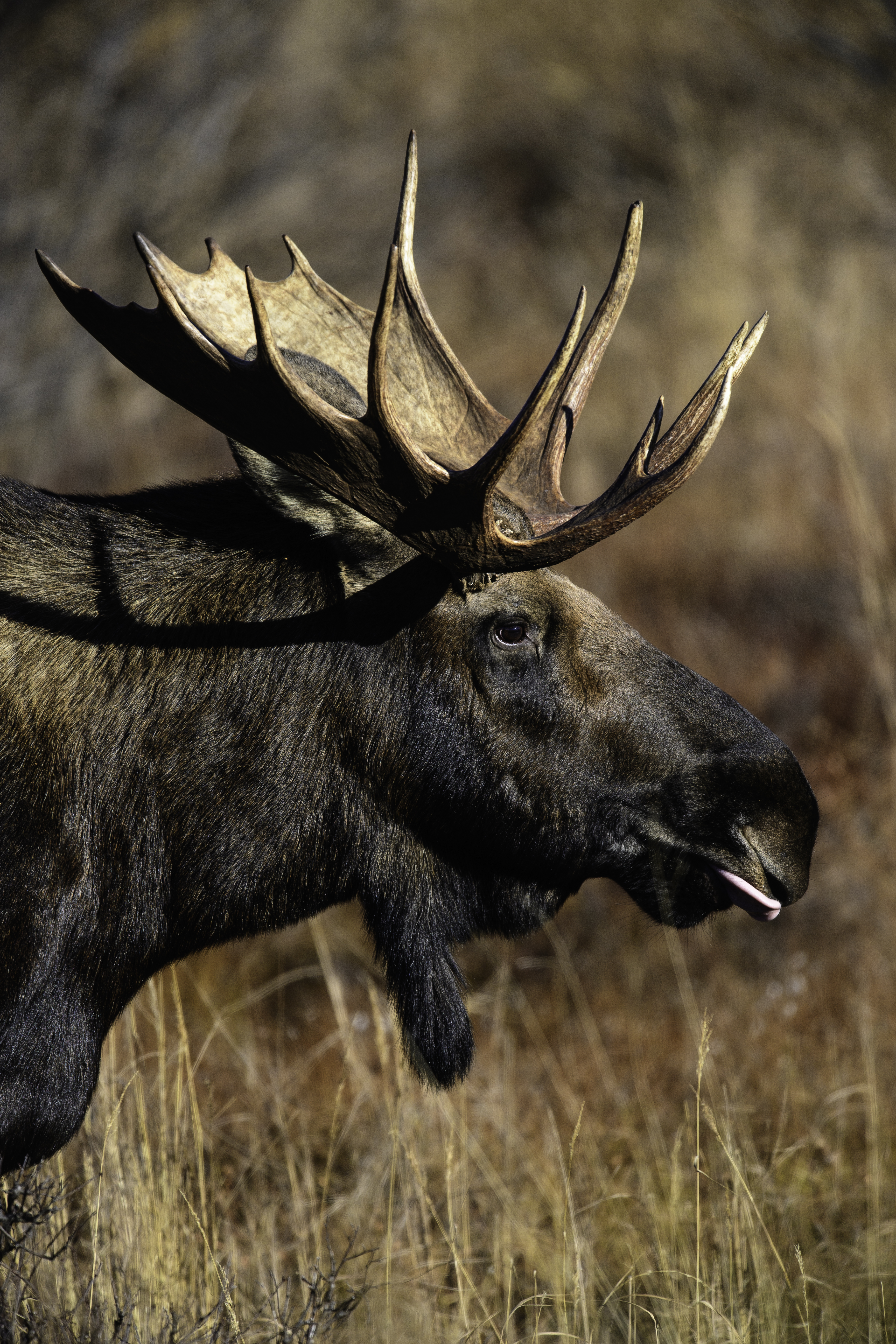 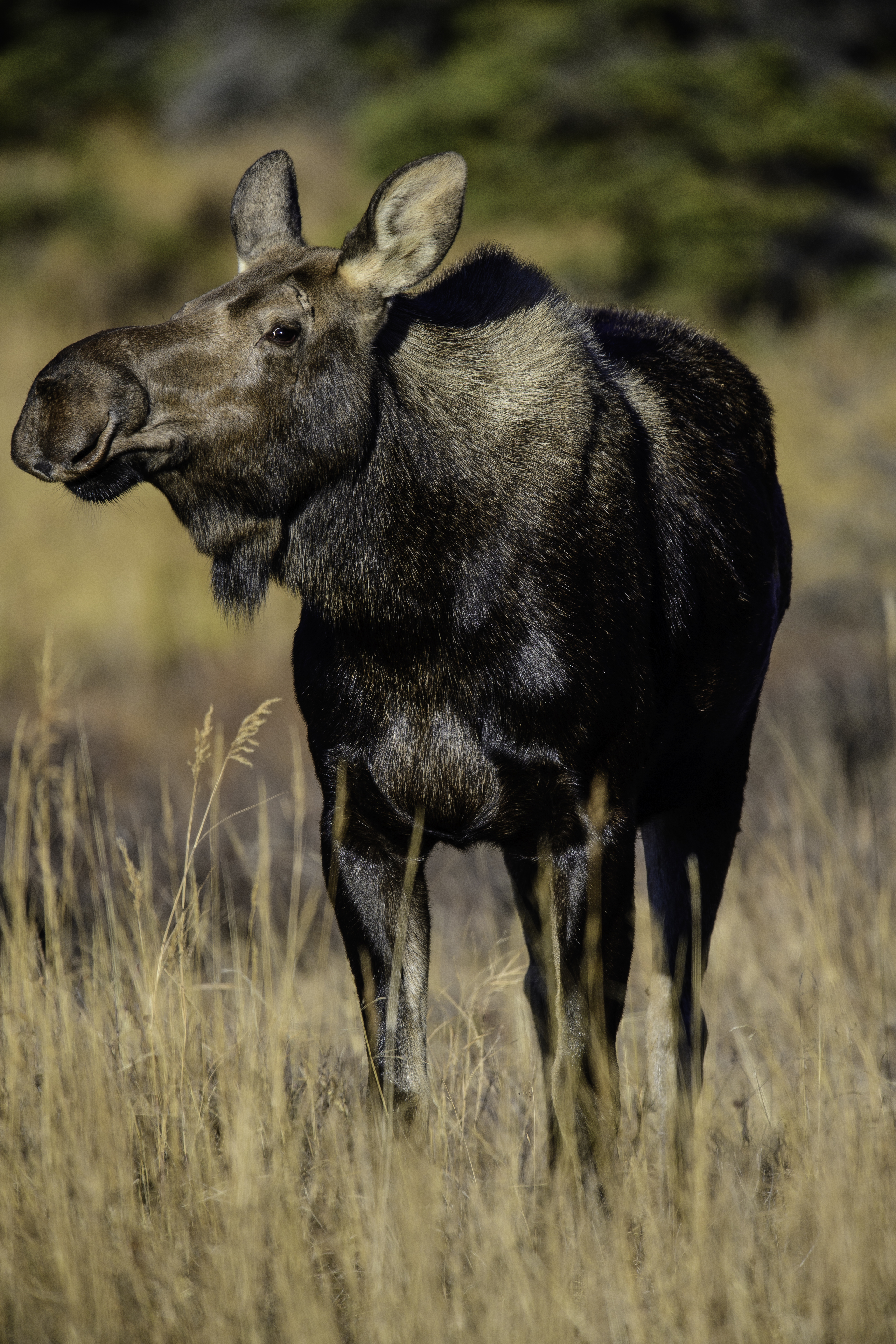