The other day I took Mady for an early morning walk to Antelope Community Park.  I didn’t take my camera because it’s a struggle to maintain focus and stability with Mady tugging on my arm.  It’s been a while since I’ve visited the park and I’d forgotten the abundance of birds there.  When I took Mady home I grabbed my camera and returned to the park.  By now, though, a mere 30 minutes later, the gorgeous morning glow had given way to harsh light and the flock of acorn woodpeckers, the birds I had returned to photograph, had retreated to holes in the oaks.  Eventually, one planted itself in the opening of the hole and alternately dozed and looked about, then flew to a nearby oak to drill in a few acorns. 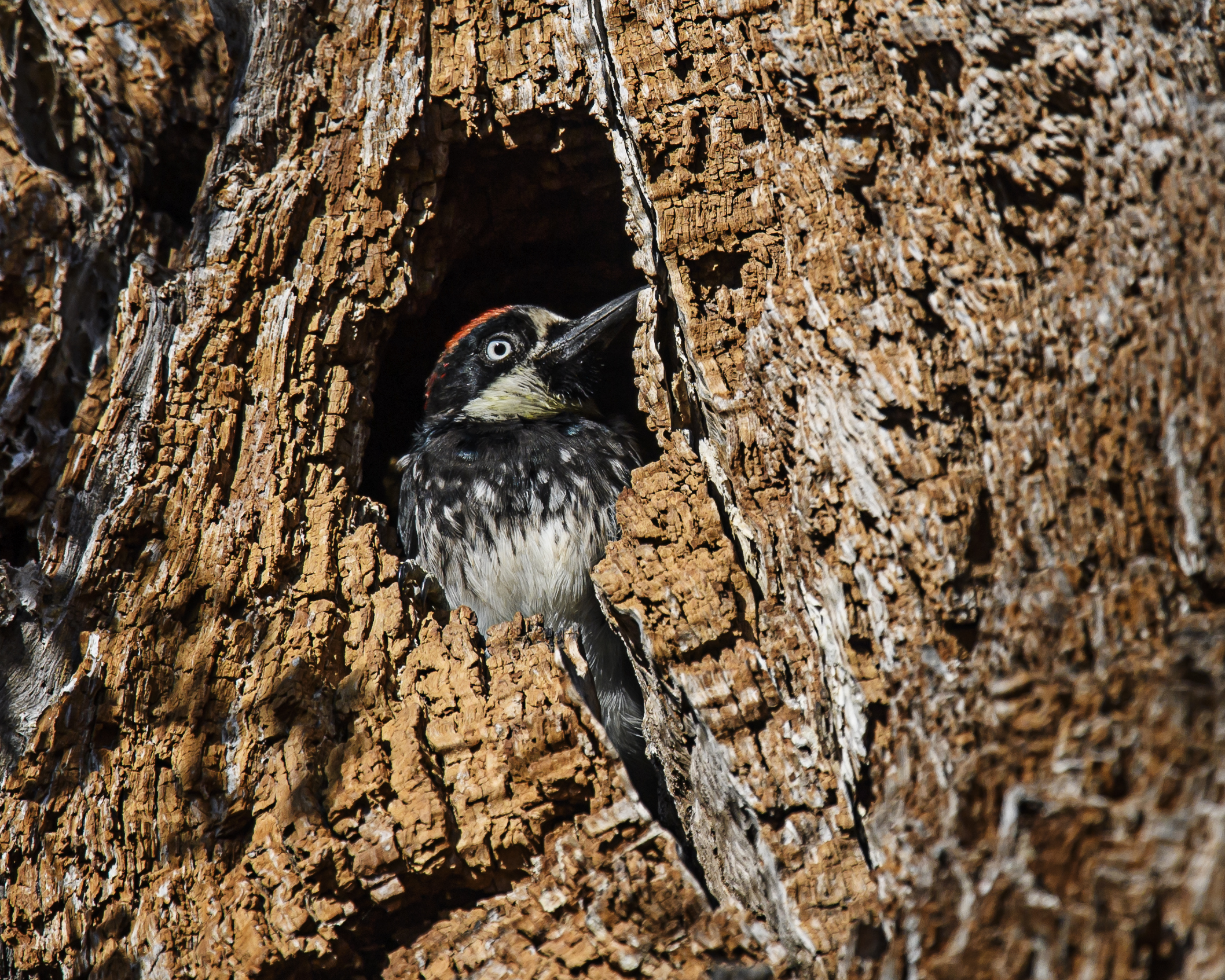 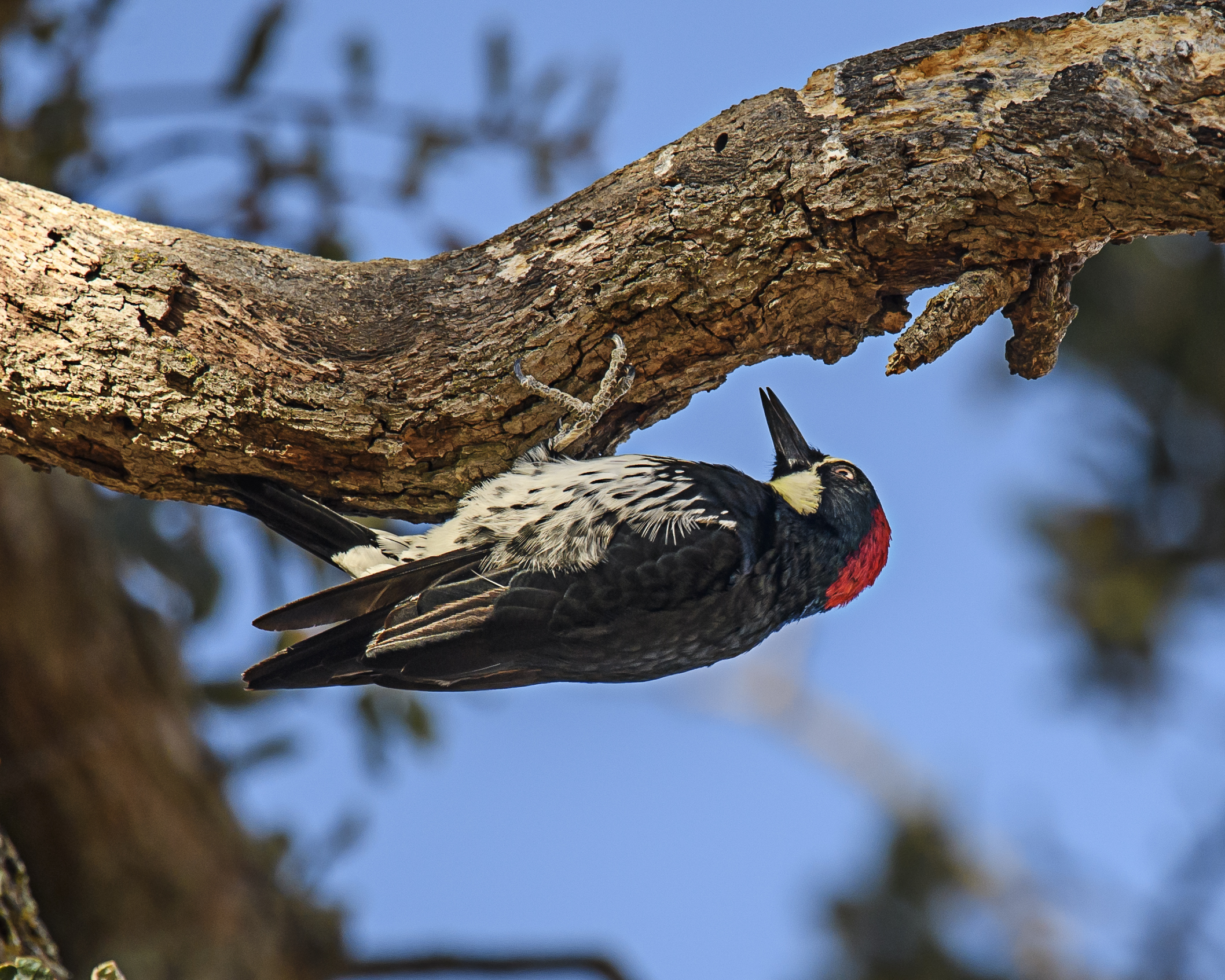