The other morning the male Anna’s hummingbird was keeping an eye on “his” fountain while the bushtits descended en masse.  I’ve seen him chase one or two small gold finches away but I guess he felt outnumbered by the large number of bushtits and he didn’t  dive bomb the group.  In the first shot, he finally took to wing when the bushtits disappeared from the fountain.

In the second shot, he has just finished his bath in the fountain and is landing on a twig to preen. 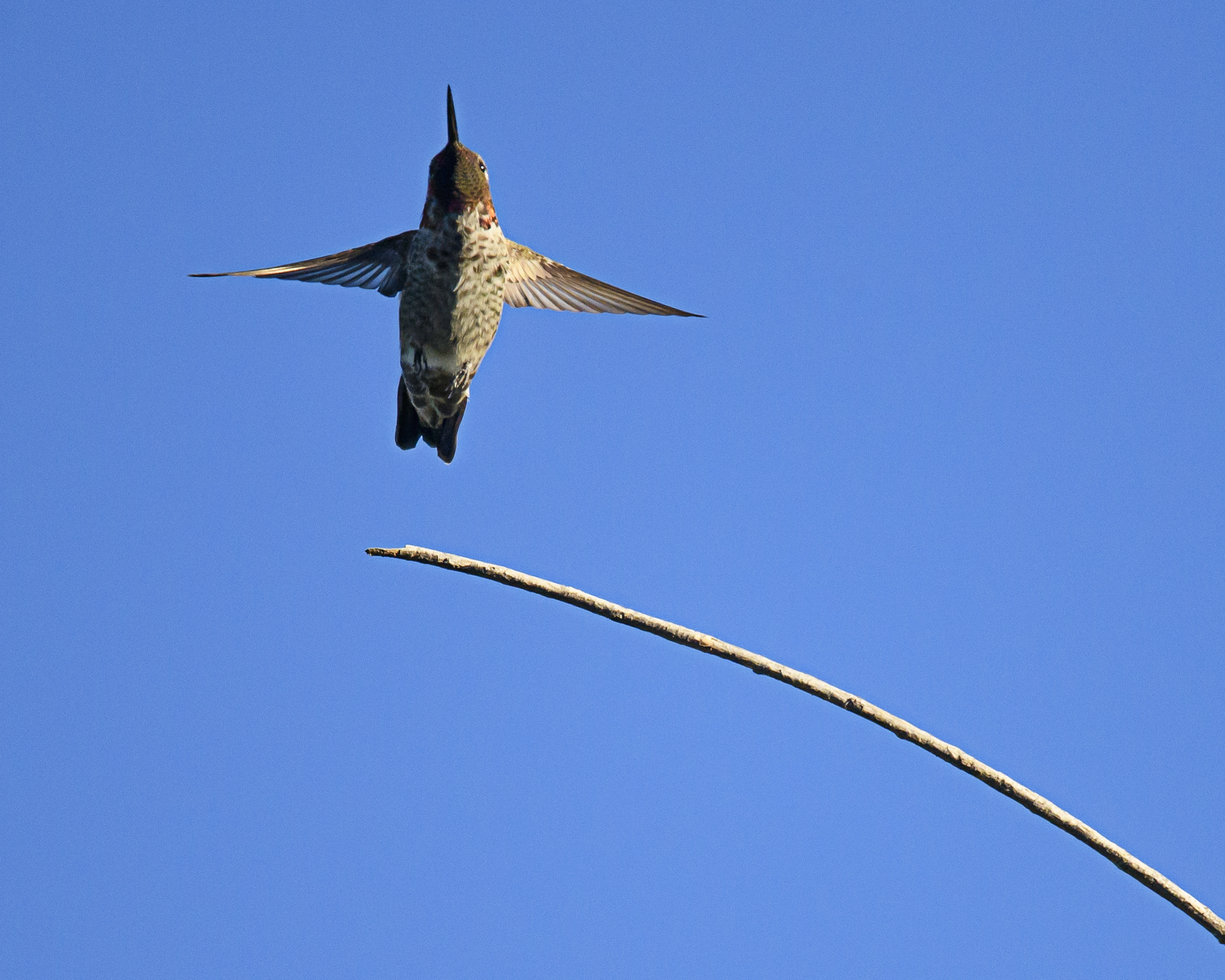 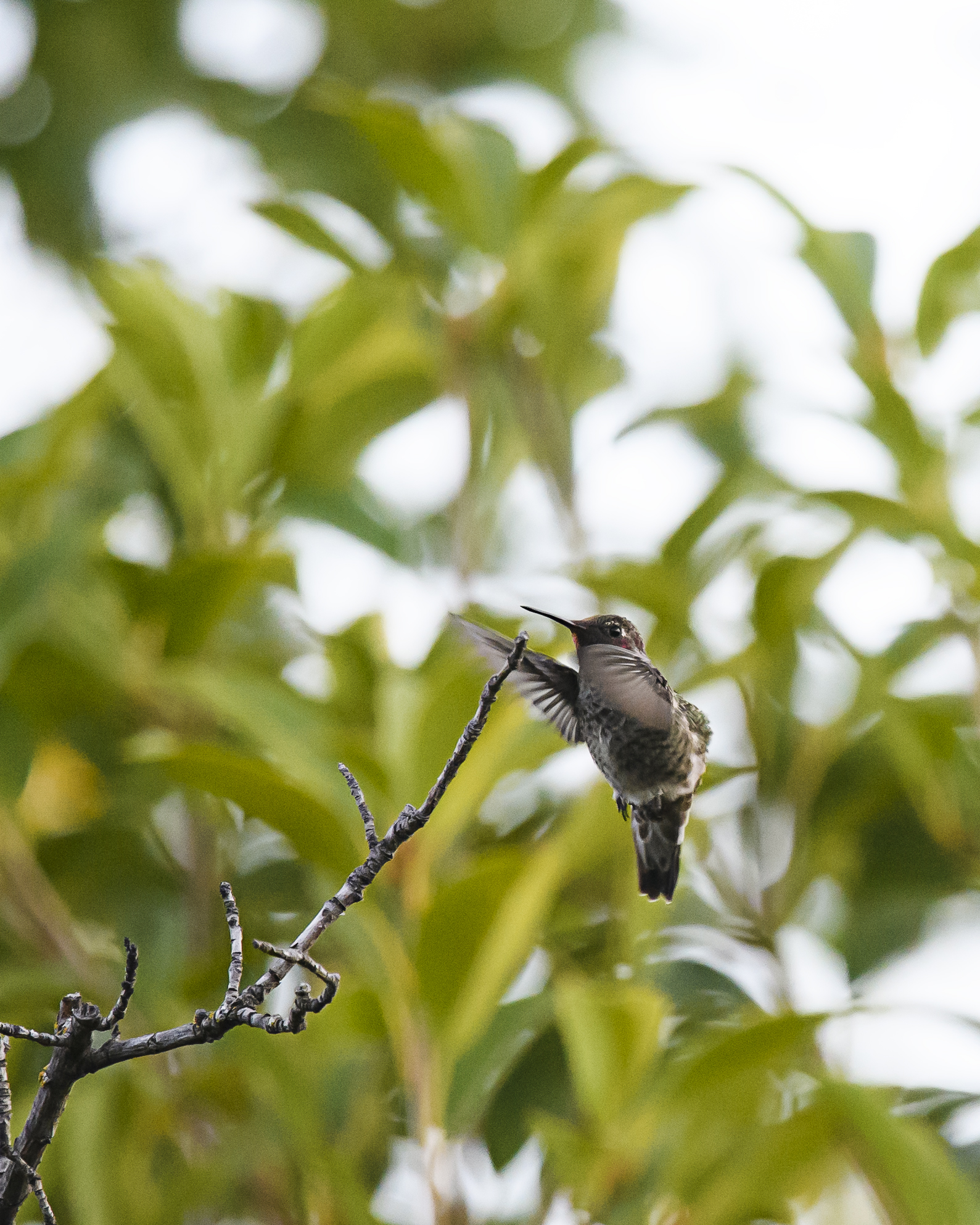