There was no Kevin Bacon in evidence to photograph this morning but my skillet of bacon seemed like a good subject.  Last Tuesday, I started on the PaleoRestart program, a 30 day jump start into eating Paleo.   I started this plan because I needed something different to motivate me to lose the 20 extra pounds that have plagued me for the past 2 1/2 years and that I have been unable to successfully lose and keep off.  I live in fear that my 80 pound weight loss of 30 years ago, that I managed to successfully maintain for 27 years, will evaporate .  Already, I can no longer claim almost a quarter of my long time maintained weight loss.

I ran across a Paleo magazine and decided that the foods on the Paleo eating plan are foods that I already eat and like.  I didn’t think it would be difficult.  Paleo Restart provides recipes for 3 meals a day for 30 days.  There’s lots of cooking but so far, the effort has been worth it.  In a nutshell, a Paleo diet, which sort of means eating like the cave men ate, is high in fat, moderate in animal proteins and low to moderate in carbohydrates and it encourages eating nutrient-dense, nourishing foods.  I’m not quite sure how bacon, even if it is uncured and nitrate free, was ever a part of a cave man’s diet but I’ll run with it because I love bacon.  After 4 days of following the plan almost to the letter (I had a couple of glasses of wine the other night) I’m down 3 pounds.  So far so good!

I fiddled around  so long making white balance and exposure adjustments that I actually overcooked (not quite burned but almost) the bacon. 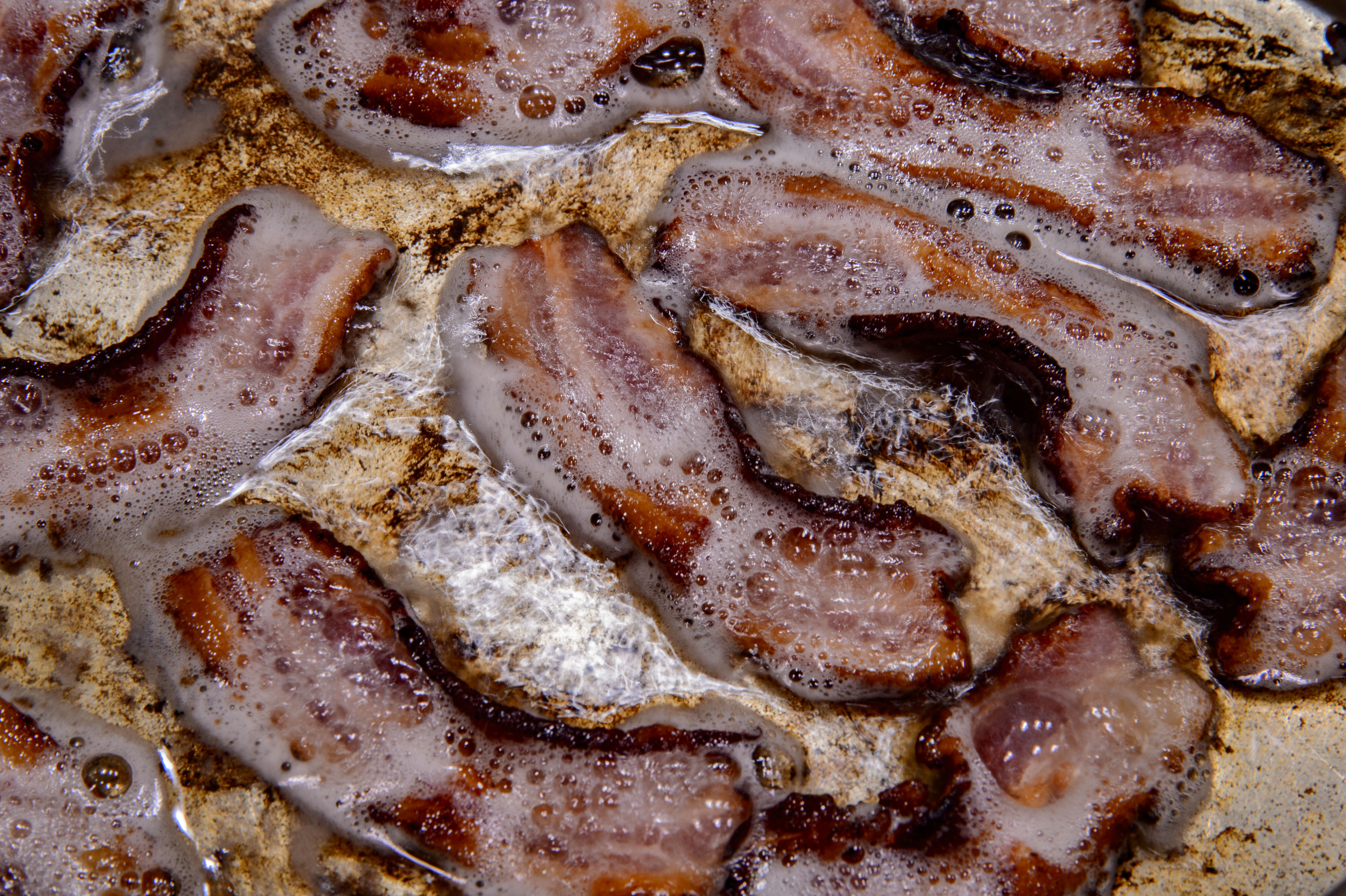