The other day when I went out to take photos of the hummingbirds at midday, I noticed that the feeder that the female hummer had just vacated had what appeared to be a large brown leaf curled around the perch.  When I approached to remove whatever it was I was startled to see that the “leaf” was the hummingbird hanging upside down from the perch. I was so surprised that it was the hummer, and that it didn’t immediately fly off, that I didn’t step back far enough to compose and focus the shot properly.  I took 6 shots in 2 seconds (I could have gotten off 24 in that time if I’d been determined) and all of the shots are unfocused and ill-composed but I thought the behavior was so odd I wanted to share it.  I have never seen a hummingbird hanging upside down like this.  And, even though I was just a couple of feet away when I realized it was the bird and not a leaf, it didn’t move. 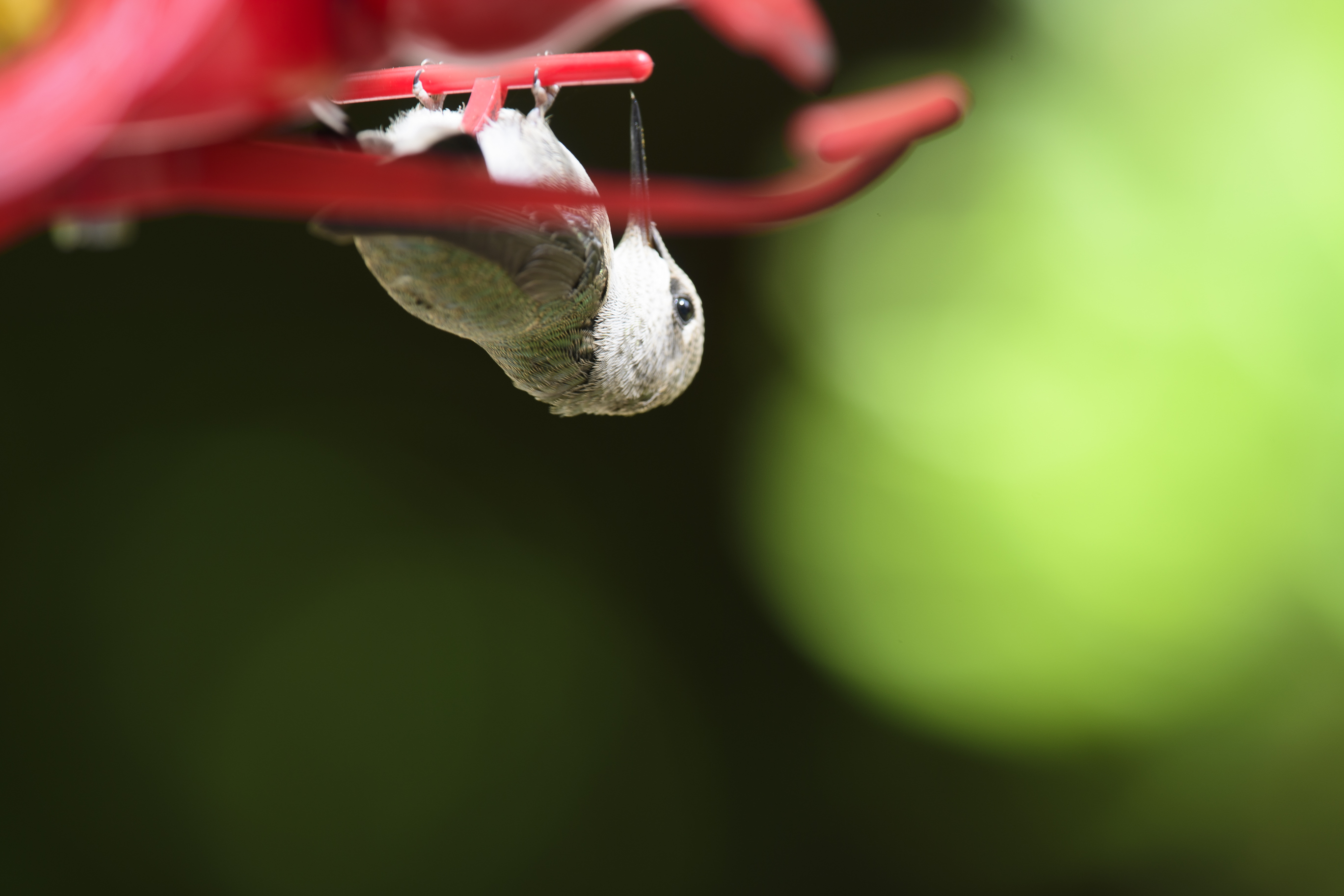 A few minutes later, she flitted around the yard and appeared to be examining the dried leaves on the dead branch below.  Whether she was seeing webs or lichen or tiny bugs, I don’t know.  She even approached a rosebud and checked it out (for aphids?). 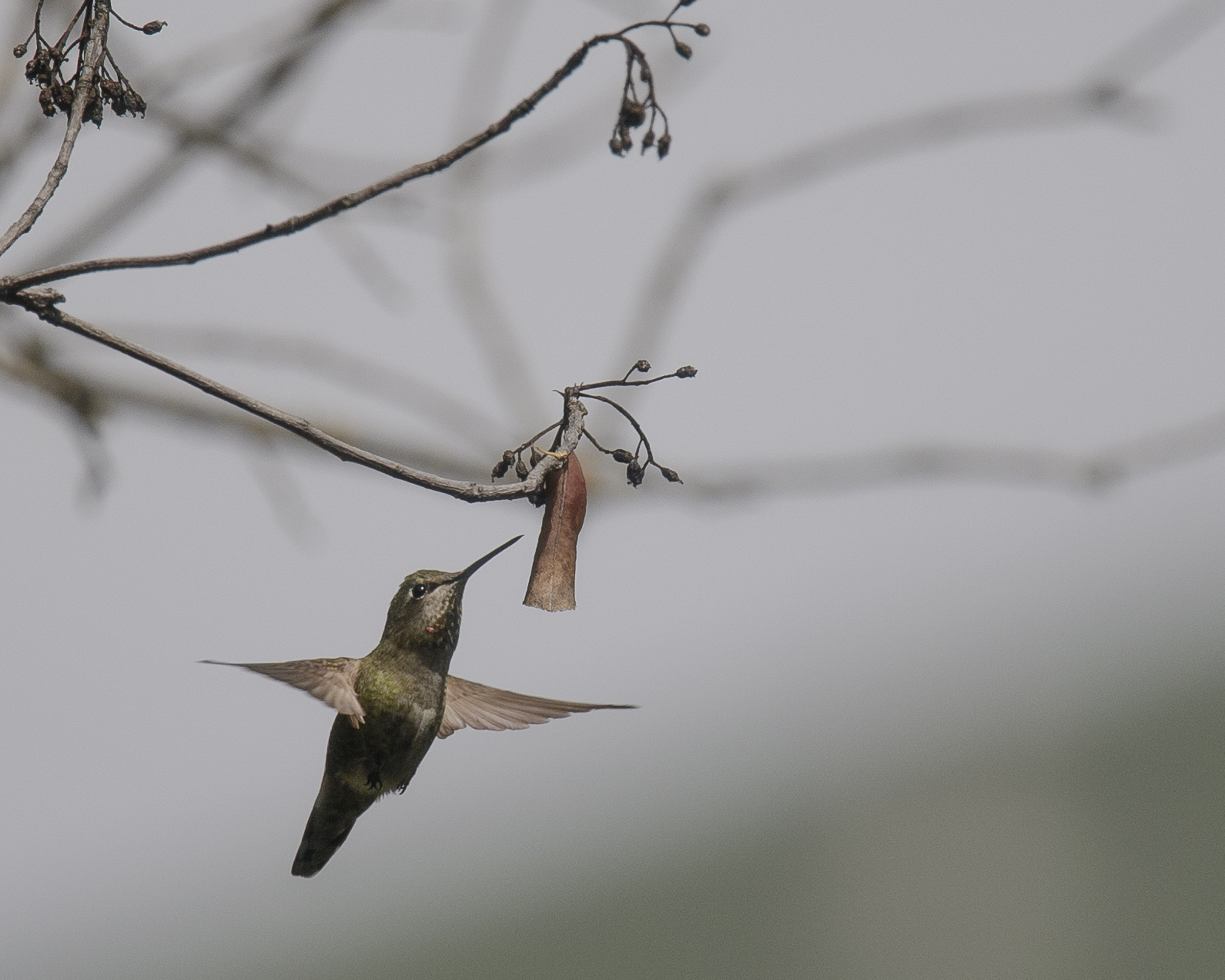 When she perched at the feeders, she stayed longer than usual, oblivious to my presence, and seemed not to be extracting nectar but instead poking her beak into the various openings for what purpose, I don’t know.  In this shot, she is hunkered down with her beak pointing away from the tube leading to the nectar. 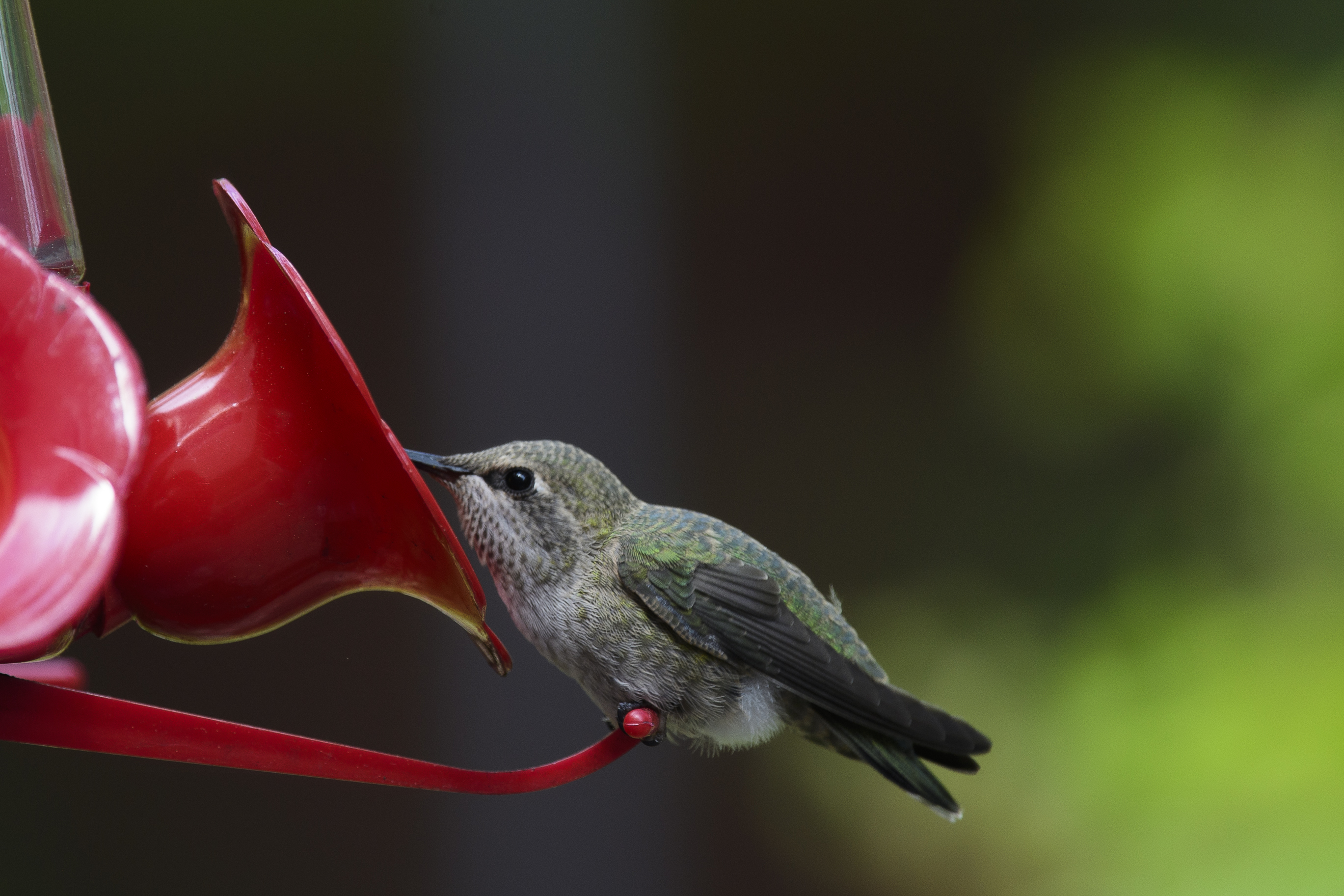