Until Thursday, when my friend Bruce took me to Yankee Jim’s Road between Colfax and Foresthill,  I had never attempted photographing moving water to make it appear to be a silken flow.  The recent rains in the area have created a number of small waterfalls at the side of the road.  The waterfalls will dry up soon and this was probably my last opportunity this year to photograph these features.  Yankee Jim was supposedly a rather nefarious character who founded a gold mining settlement near the north fork of the American River in 1850.  The town became one of the most important mining communities in Placer County by 1857.  Only a few rotting buildings remain of the original settlement.   I had never heard of Yankee Jim’s until I joined the Placer Camera Club 5 years ago.  At meetings animated  discussions about photo opportunities along Yankee Jim’s Road are frequent but since I’m a flatlander (from Sacramento County, not Placer County which is in the Foothills) I had no idea where this was and because everyone else seemed to know, I was reticent to ask.  It is unlikely that I’ll ever venture there again unless someone else drives, and never in my new Lincoln. The road is winding, cliff-hanging,  unpaved, and rutted.  It crosses the North Fork of the American River via a rusting iron bridge erected in 1930.  But it is beautiful, the wild flowers abound in spring, and the roaring of the river is a constant accompaniment.

We photographed three different roadside waterfalls.  One, known as either Devil Falls or Stagecoach Falls, is permanent.  The others flow at the whims of the rain.  These three shots are various view of the first waterfall we came across.  I used my tripod and my 70-200mm lens at varying focal lengths to create the best composition and, I used a low ISO, some of the lens’s smallest apertures (f/22 and f/32), and a slow shutter speed to create the lovely look of silky water. 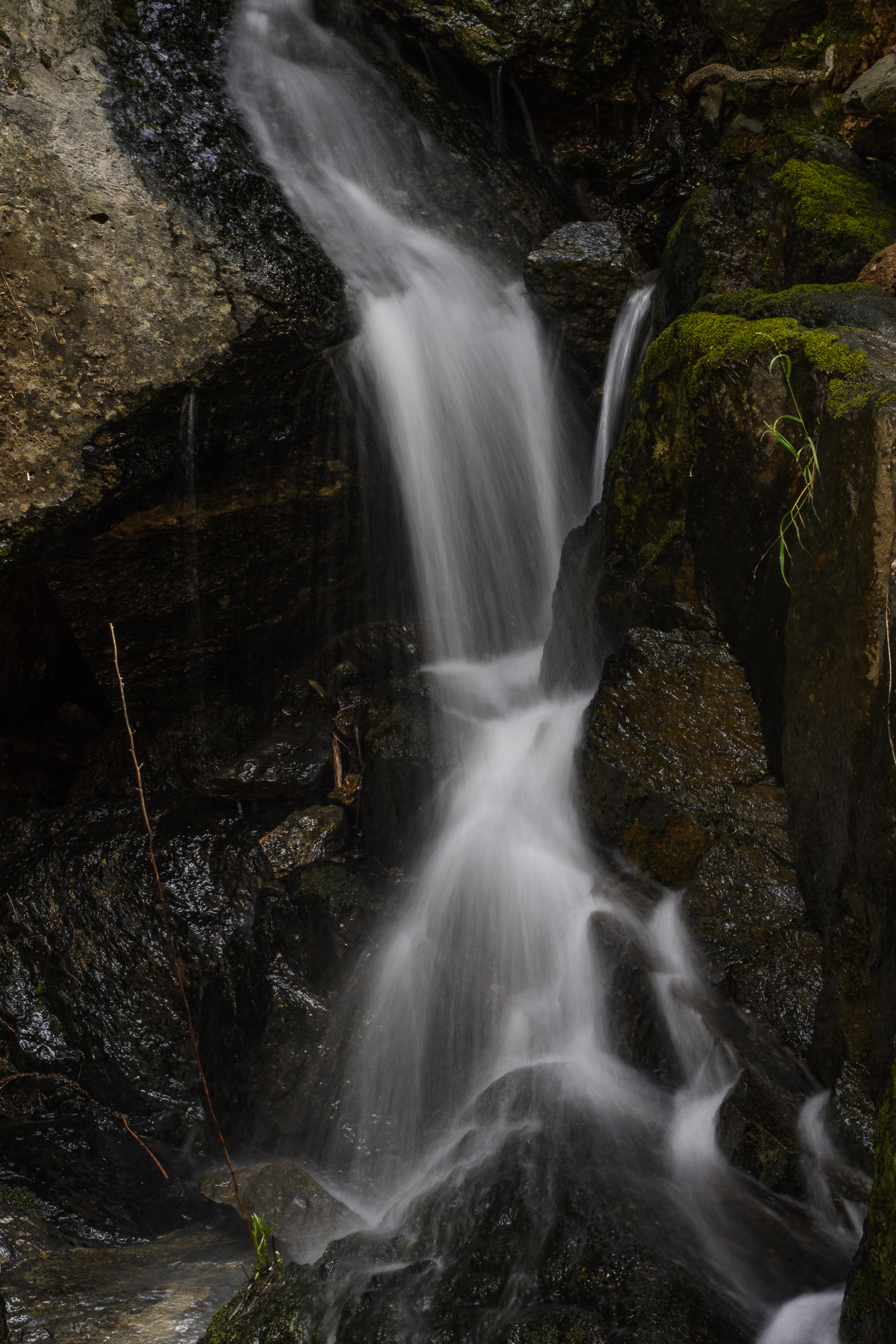 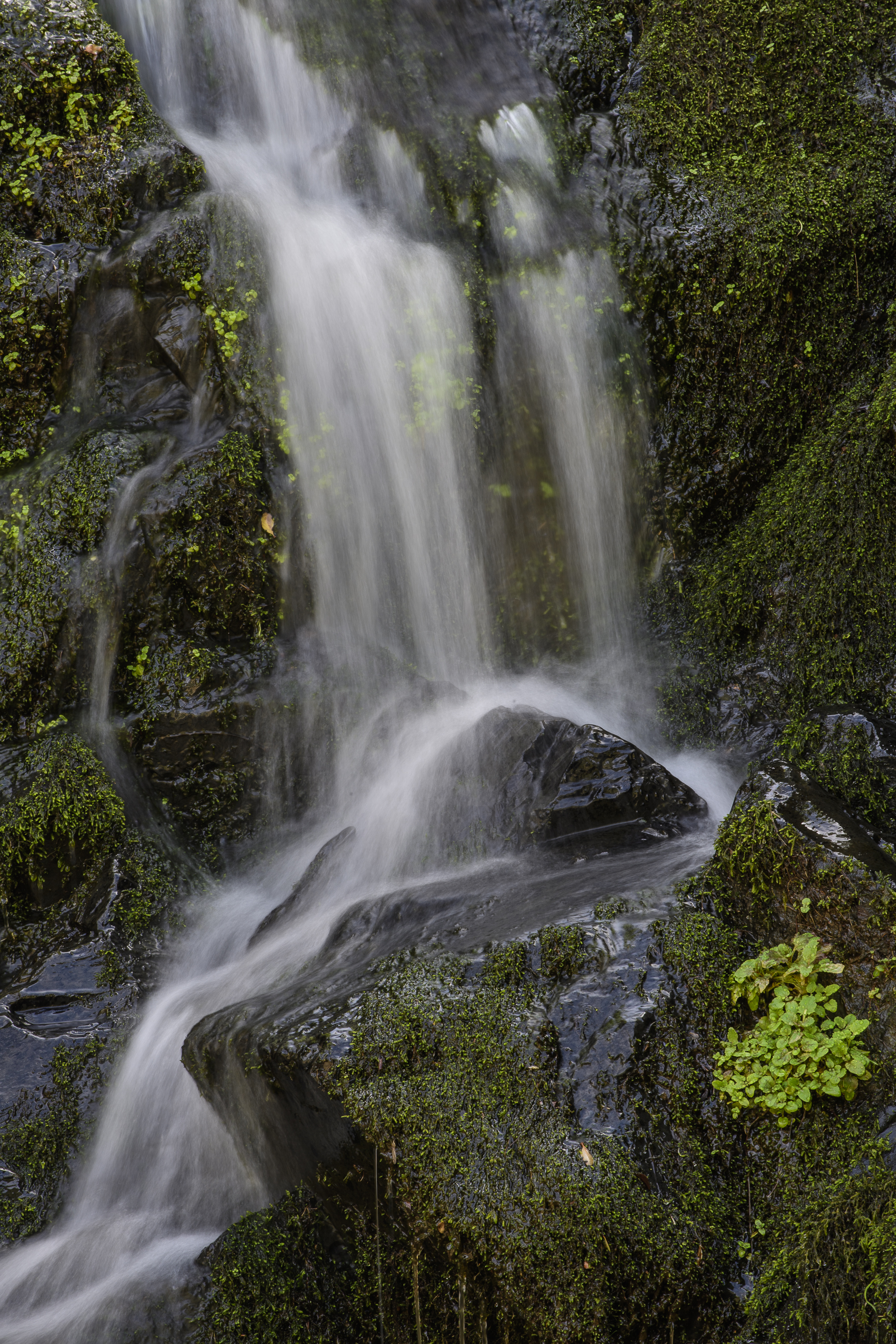 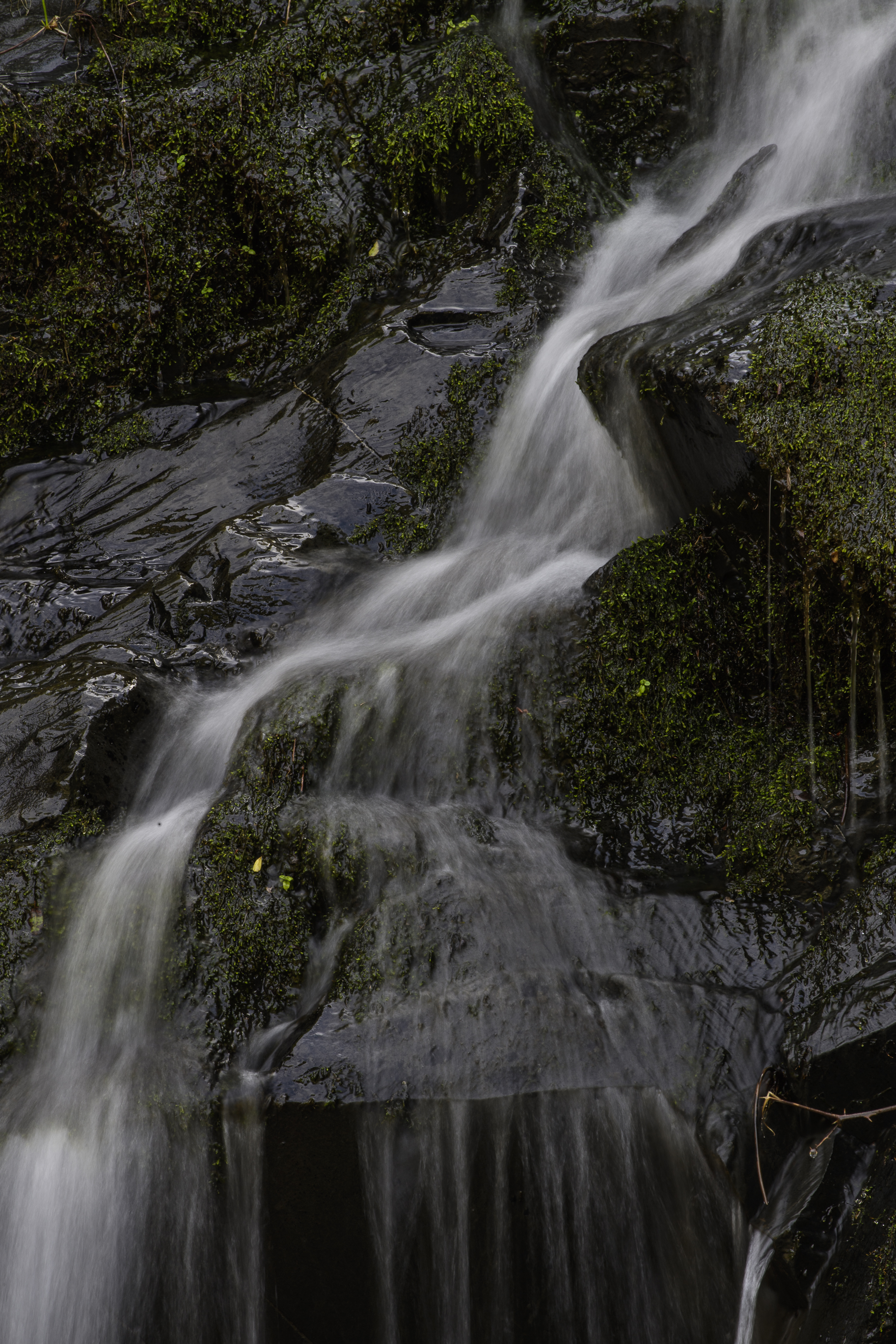 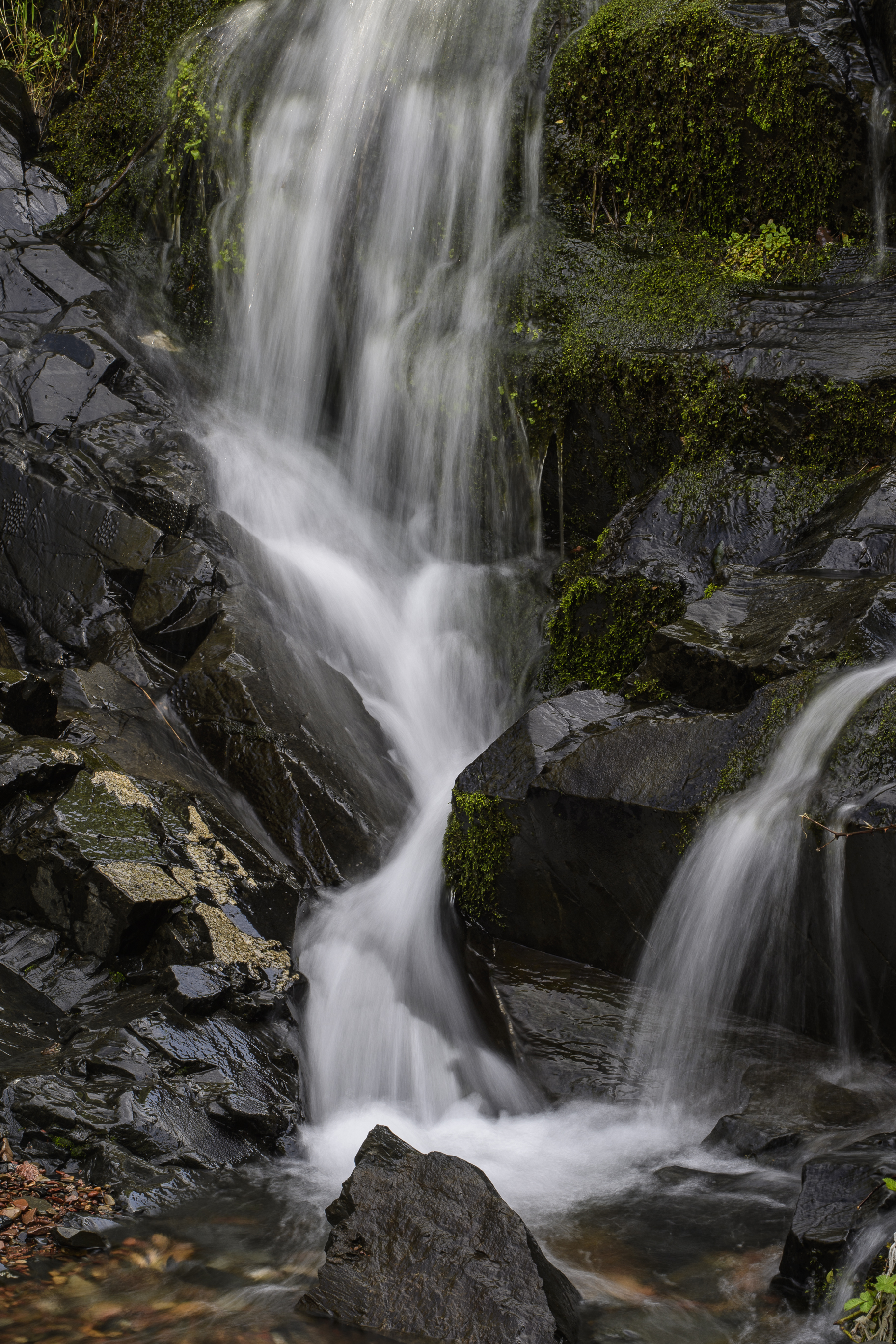