No, the Striped Egret is not a new species of egret.  It’s what happens when you photograph a Great Egret at midday in the midst of reeds and cattails.  I was at Colusa National Wildlife Refuge with my friend Bruce, anxious to put my new Nikon D5 to the test.  We got a later than expected start because of an accident that closed I-80 in both directions early Thursday morning so I drove back roads to Auburn where I met Bruce.  The refuge is a couple of hours away and, as photographers,  we took the scenic route.   By the time we arrived it was well past noon.  Because the refuge has only a couple of designated spots where  visitors are allowed to exit their vehicles and tripods are allowed, we opted to shoot from the vehicle as we drove through so Big Bertha didn’t get a test with the D5-AKA Slik Nik.  I attached the 300mm lens with the 1.4 x teleconverter and scooted from side to side of the back seat to capture birds from both sides of the truck.  This shot is one of the first shots I took.  The camera was still set to  Continuous High shutter so before I changed the setting,  every time I touched the shutter release, I got a half dozen shots in a fraction of a second.  The first several bursts yielded unacceptable results because the bird’s head was completely shaded and its eye was obscured by reeds.  This is one of the few shots I got with the bird’s eye clearly  visible between the reeds.  It’s not a great shot and not one that I would normally include in the blog but I wanted to show one of the first photographs I took. I cropped the second shot because otherwise the bird would have been flying out of the frame.  We watched this egret for about 15 minutes while it stalked something in the reeds.  After it flew a short distance, it deftly snatched a wriggling vole and swallowed it.  Then, seconds later, it grabbed another vole and gulped it down.  It was fascinating, yet somewhat disturbing, to watch.  But, that’s what happens in nature’s food chain.  Something is always lower than something else.   I decided the photographs—yes, I took photographs—are a bit too graphic to post on the blog.

The bottom line—I LOVE the Nikon D5.  It really is Slik Nik.  My camera’s new moniker is courtesy of my friend and fellow photographer,  Melinda. 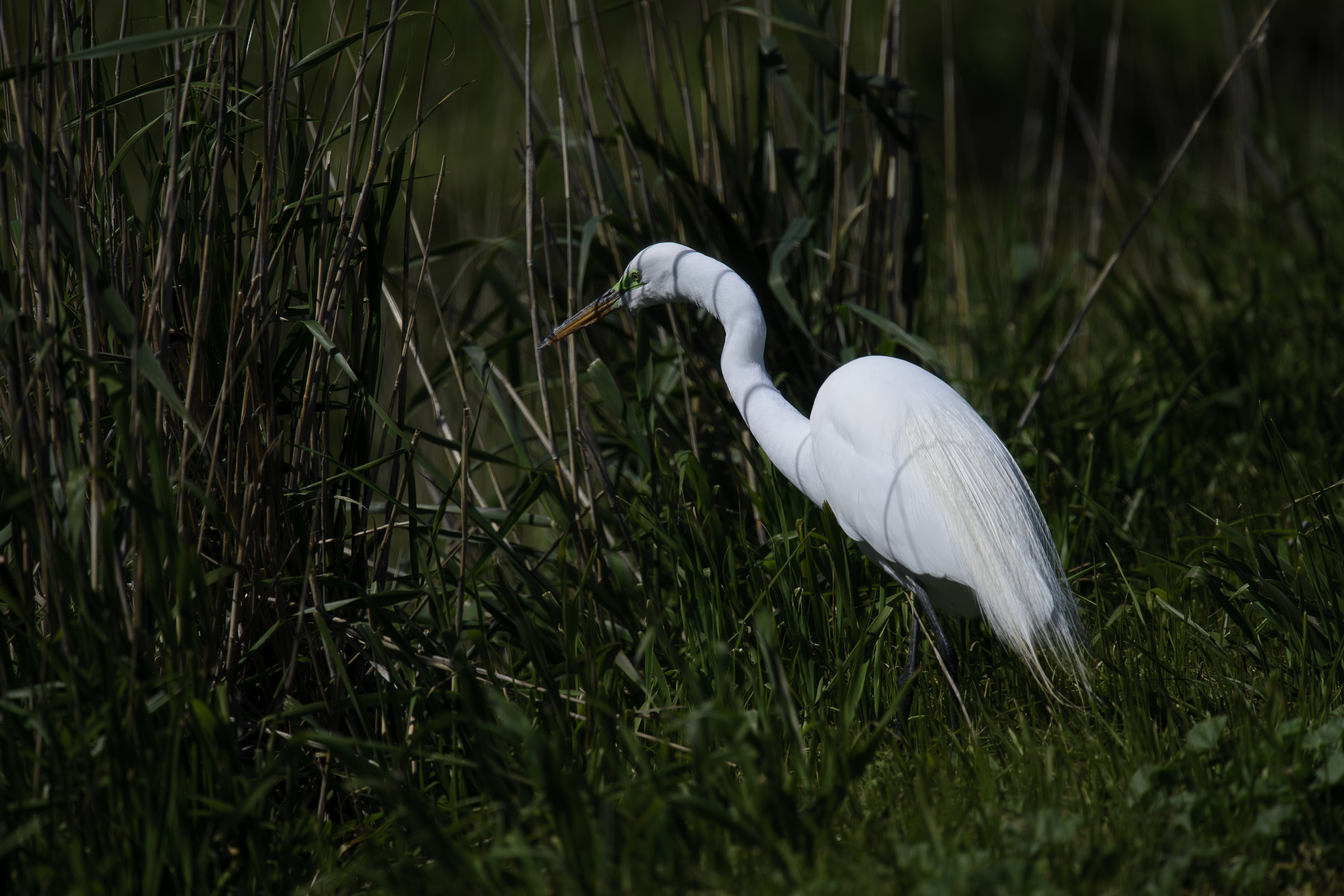 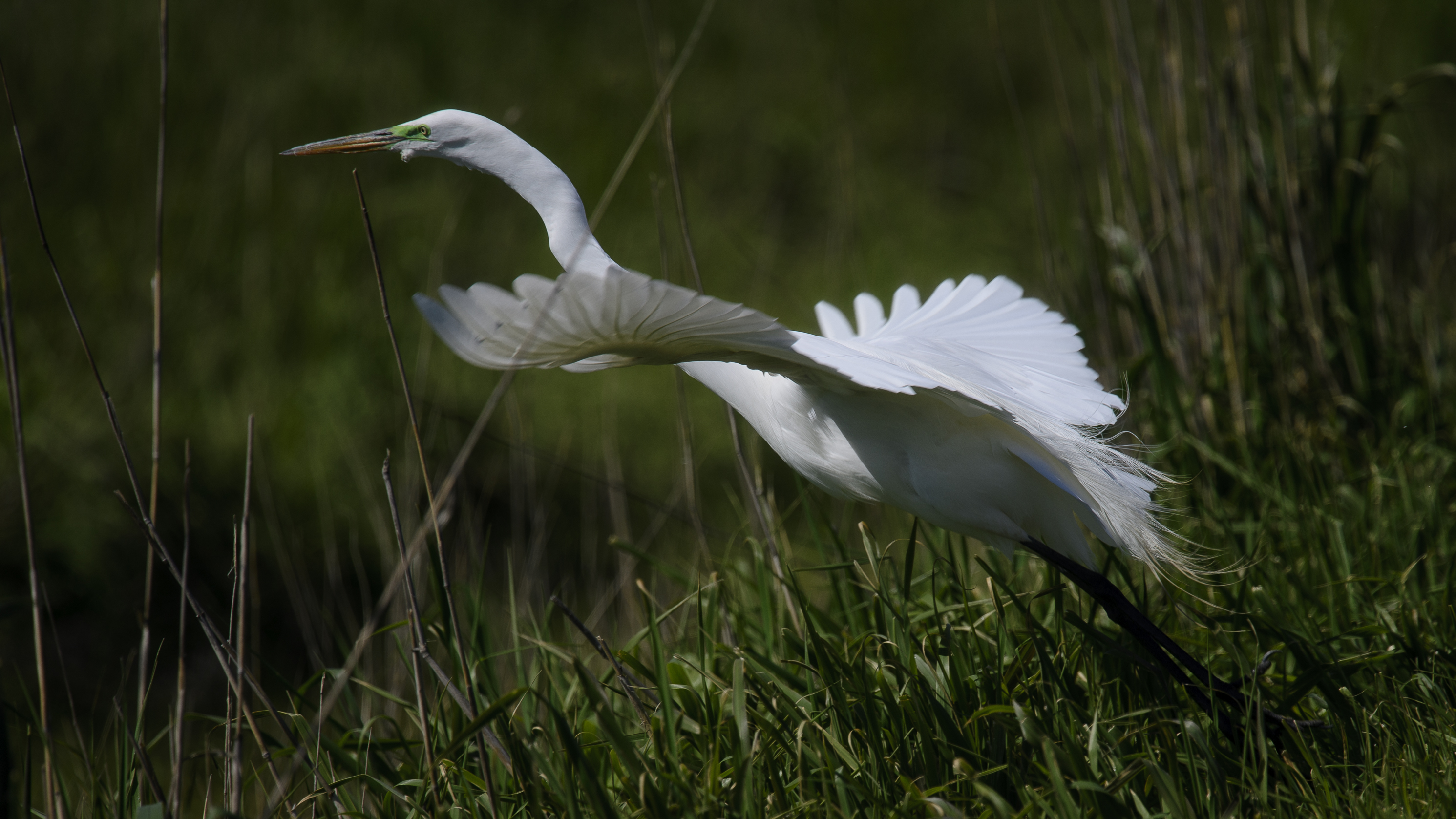