To use the words of my friend Connie, the grounds of the Luna Lodge in Costa Rica are a target rich environment.  The target, of course, is birds.  Connie wasn’t along on this trip but she used that phrase on other trips I’ve taken with her and it stuck with me.  I took  so many photographs of so many different species of birds in this target rich environment that I overlooked the first image. I had viewed it only as a thumbnail and passed it by because I thought it was a Red-legged Honeycreeper and I already had lots of good shots of that species. On inspecting the full size image, I realized this brilliant blue bird is a male Blue Dacnis.   The Blue Dacnis is about the size of the Red-legged Honeycreeper but its blue feathers are a very different blue than that of the honeycreepers.   I’m glad I discovered it and could share it here.   The bird is beautiful.  The second shot is a female Blue Dacnis which I had also overlooked.  Without close inspection, I assumed it was a female Red-legged Honeycreeper because she was bathing in the bromeliads with Red-legged Honeycreepers.  I still have yet to review, and with a more careful eye,  all of the shots I took in Costa Rica. Expect more. 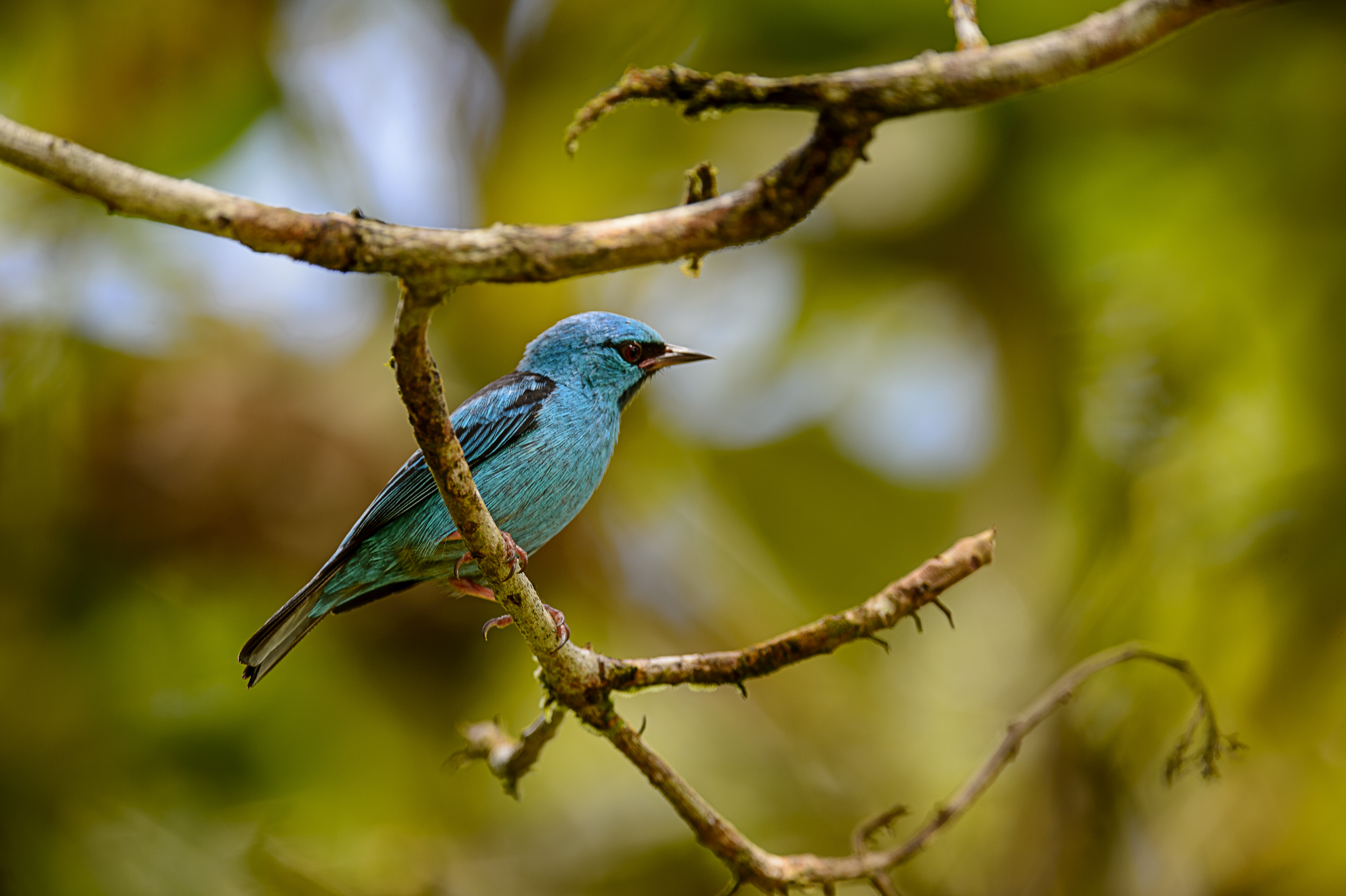 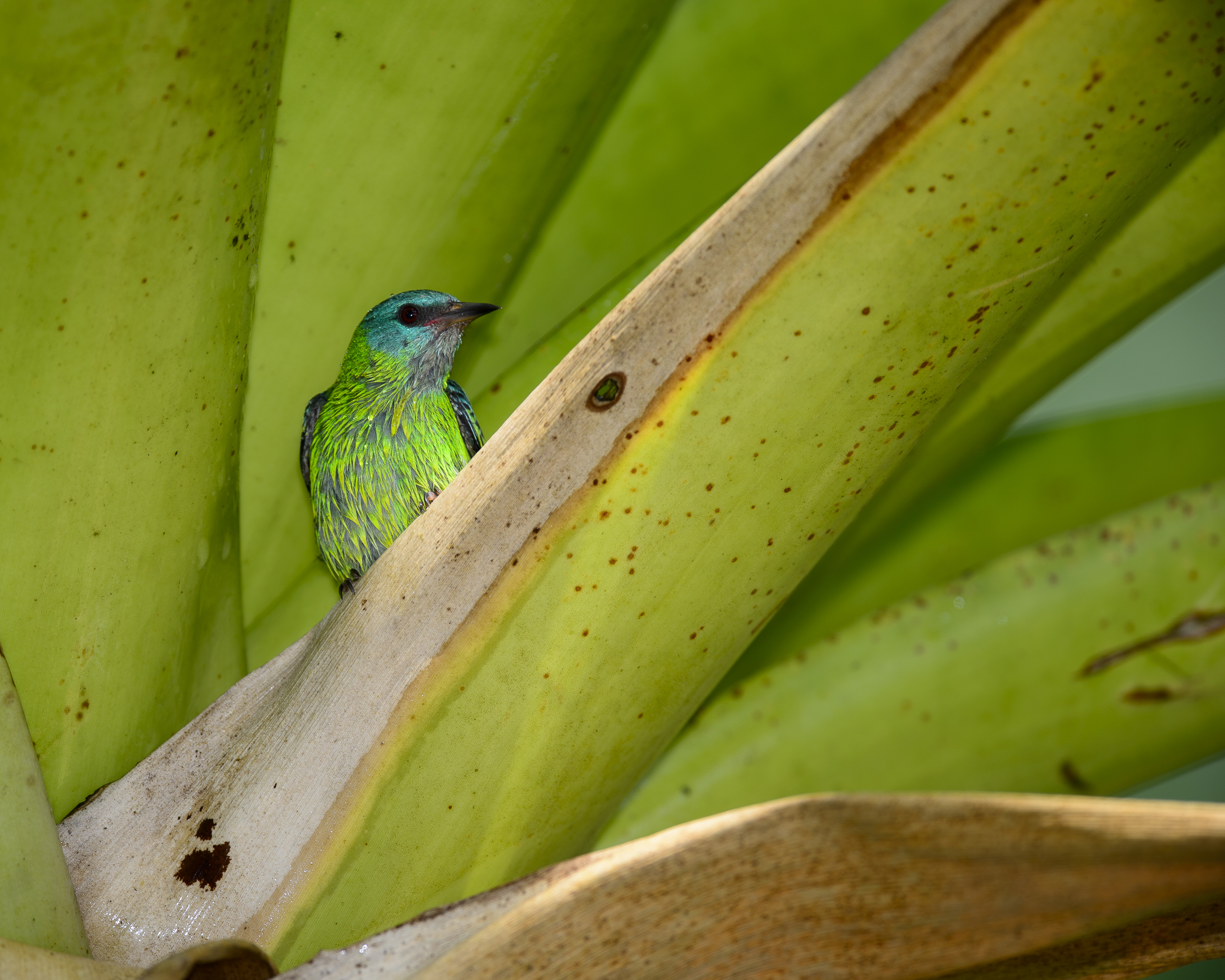