This male Anna’s hummingbird may look like he’s resting but looks can be deceiving. He is laying in wait for a small lesser goldfinch that was trying to get some nectar from the feeders. The finch would land near or on a feeder and the hummer, about the same size as the finch, immediately zoomed over from his post to harass the other little bird until it finally flew out of the yard. I never was able to capture the drama. I had Big Bertha poked out the open door but I was too close to gain focus at one of the feeders and the action happened all too quickly so I never managed to get either bird in my viewfinder in time to take a shot. I gave up soon because it’s a nippy outside and I had on just a thin bathrobe and flip flops so after ten minutes of standing in the open door way, I was frozen solid. 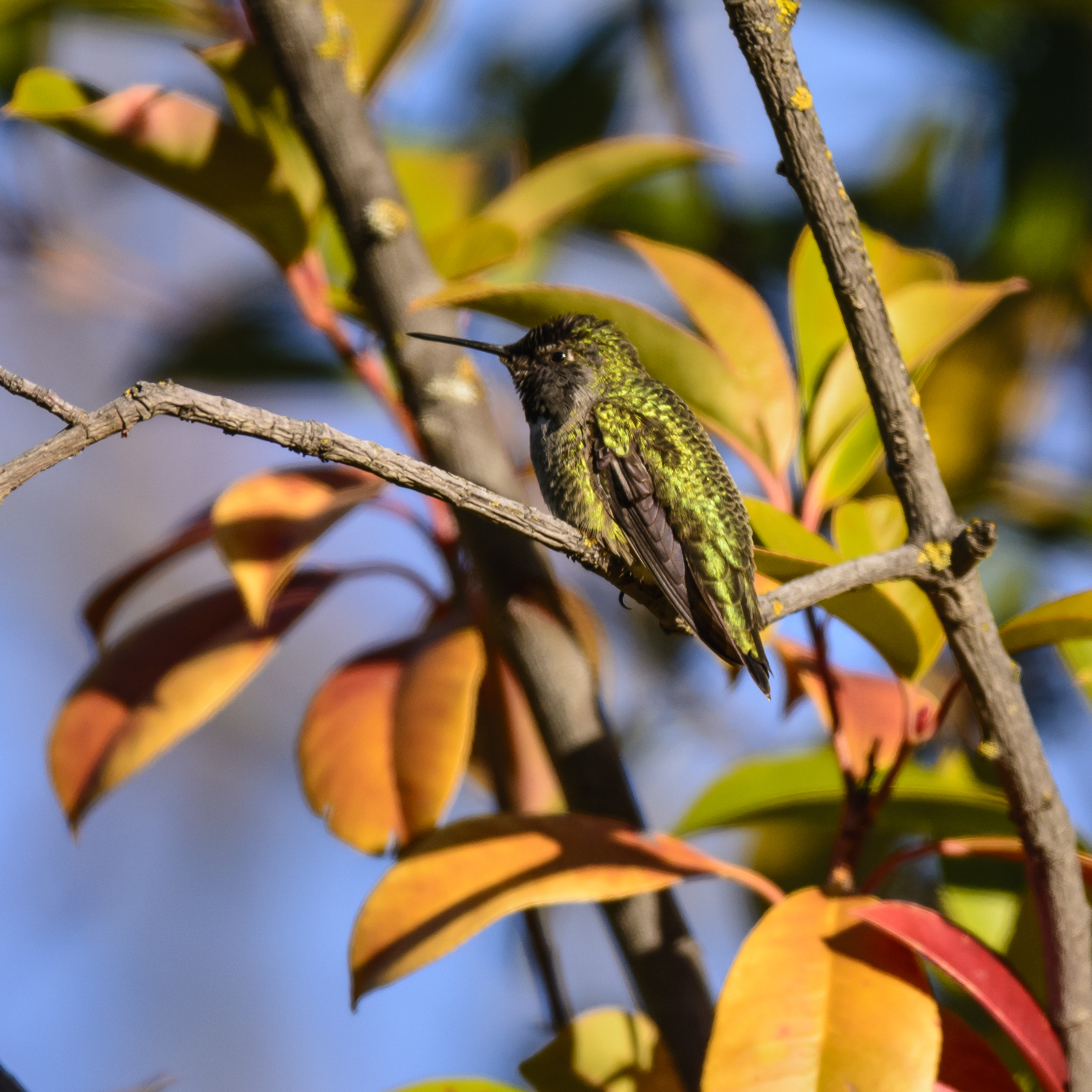 One thought on “2015—Looks Can Be Deceiving”