I’m calling it the Smith Nebula because this shot makes me think of the  Milky Way and other astral phenomena in the night sky.  It is a mysterious shot and I’ve included two versions, one edited only slightly in Lightroom and the second, edited with Topaz Star Effects, creating even more of the illusion of an astral phenomenon.  What is it, you ask?

Well, here’s a hint.  I took the shot using my macro lens (ISO 800, f/22, 6/10 second shutter speed)  in my garage as the late afternoon sun streamed through the open side door.  Can you guess?  Another hint.  The major spot in the photo is less than 1/4 of an inch in diameter.  It was such an odd thing to photograph, I had great difficulty getting sharp focus, even using my tiny tripod and I don’t think much of this is in focus.

Well, dear reader, I won’t keep you in suspense any longer.  This is a photograph of a tiny chip in the windshield of my car with the light refracting off the minuscule cracks emanating from the center of the chip.  I had the chip filled Monday morning so hopefully I won’t have to worry about the entire windshield cracking. 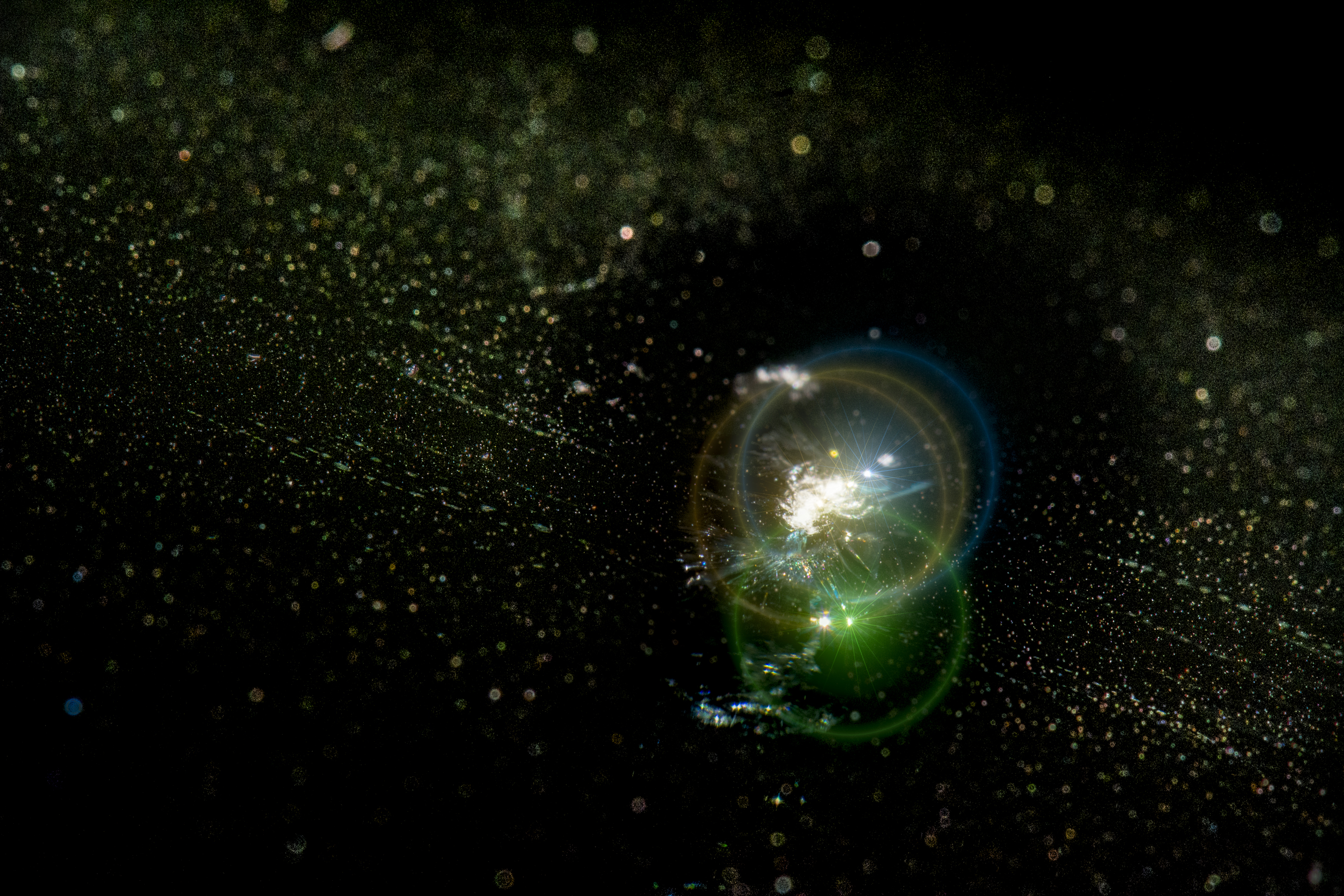