When I was a little kid, I had only one favorite stuffed animal. It was a small panda bear I immediately dubbed “Freckles” because I thought he had freckles on his snout. Of course, the dots on his snout represented whiskers but the name stuck. The paint on his black nose has rubbed off (I think the snout is made of rubber or  vinyl) and he looks a little wall-eyed, but Freckles is still quite dapper in his pale blue sweater. He didn’t come with a sweater. When I was six years old, I had a brand new pale blue wool sweater that I actually remember wearing once in the first grade. By mistake, my mother put it in the washing machine then into the dryer so it shrank to fit only Freckles after that. Freckles has worn that now moth eaten sweater for more than 60 years.

I brought Freckles home with me a few months ago. I found him while we were cleaning out my mother’s house. She’d saved all my dolls and all my stuffed animals. I rarely played with the dolls and I didn’t even name any of my other stuffed animals. My dad would bring stuffed animals home to me when he returned from a business trip so over the years, I accumulated quite a large menagerie. My personal zoo consisted of a snooty-looking French poodle with a blue sweater and a music box inside; a black rooster with a felt comb and a plastic face that looked a little like Betty Boop; a Smokey the Bear, complete with blue jeans, a badge and a yellow felt ranger hat; a bearded Steiff gnome who arrived with a name already sewn to his jacket (Pucki); a brown and white dog looking suspiciously like Zipper, the English Springer Spaniel my family had when I was about 3; a white cat; and others too numerous to describe. Except for Freckles, though, the entire menagerie went to the Santa Rosa Hospice Thrift Store, hopefully to find homes with some kids who might play with them.

Since I brought him home with me, Freckles has lived peeking out of a wooden box setting on a ledge at the top of the stairs. I will probably eventually get rid of him, but I was feeling a bit nostalgic Sunday afternoon so I decided to photograph him and make the photos look old. I edited them in Topaz Texture Effects, using the 1950’s Print texture and adding some additional scratches to the prints. 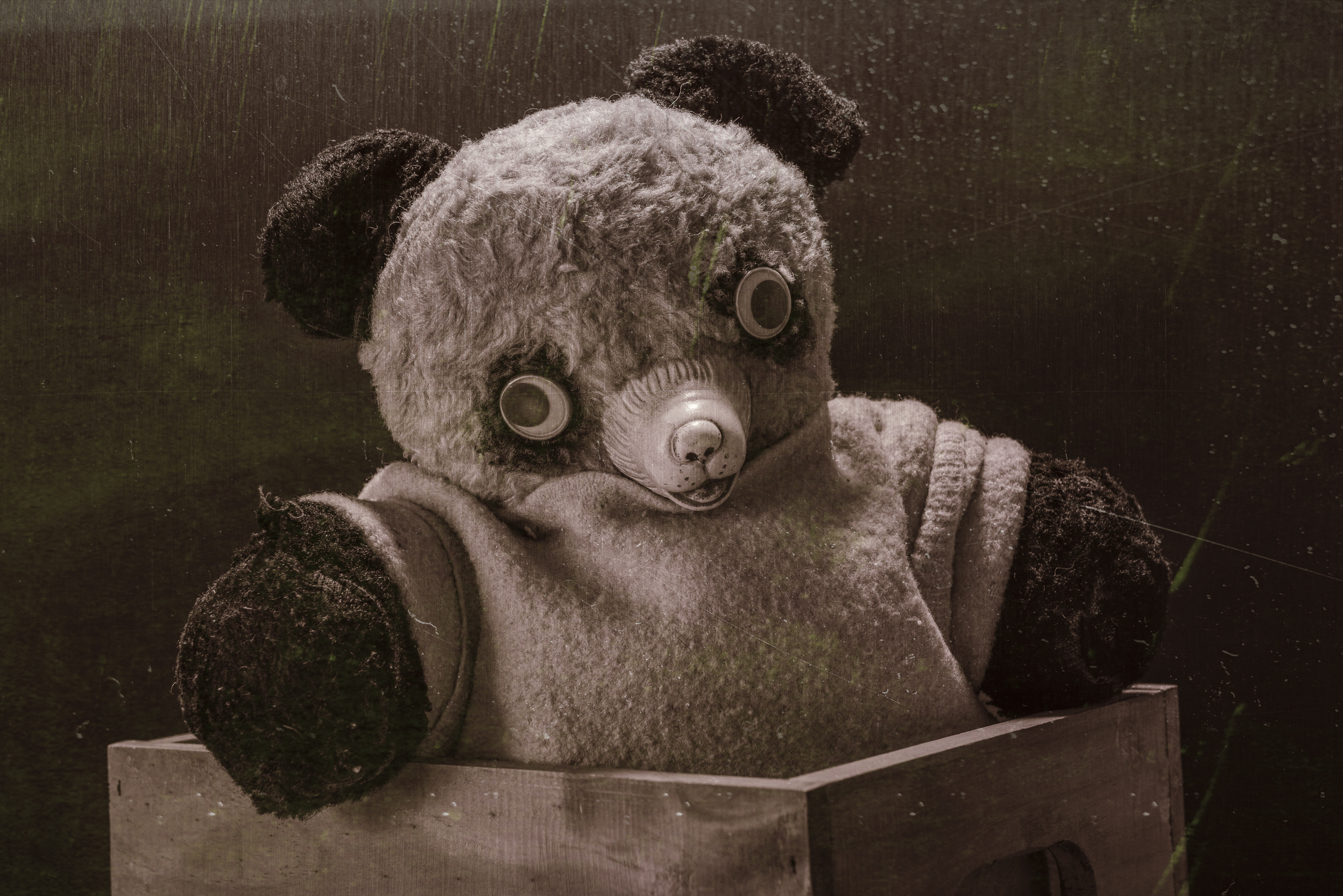 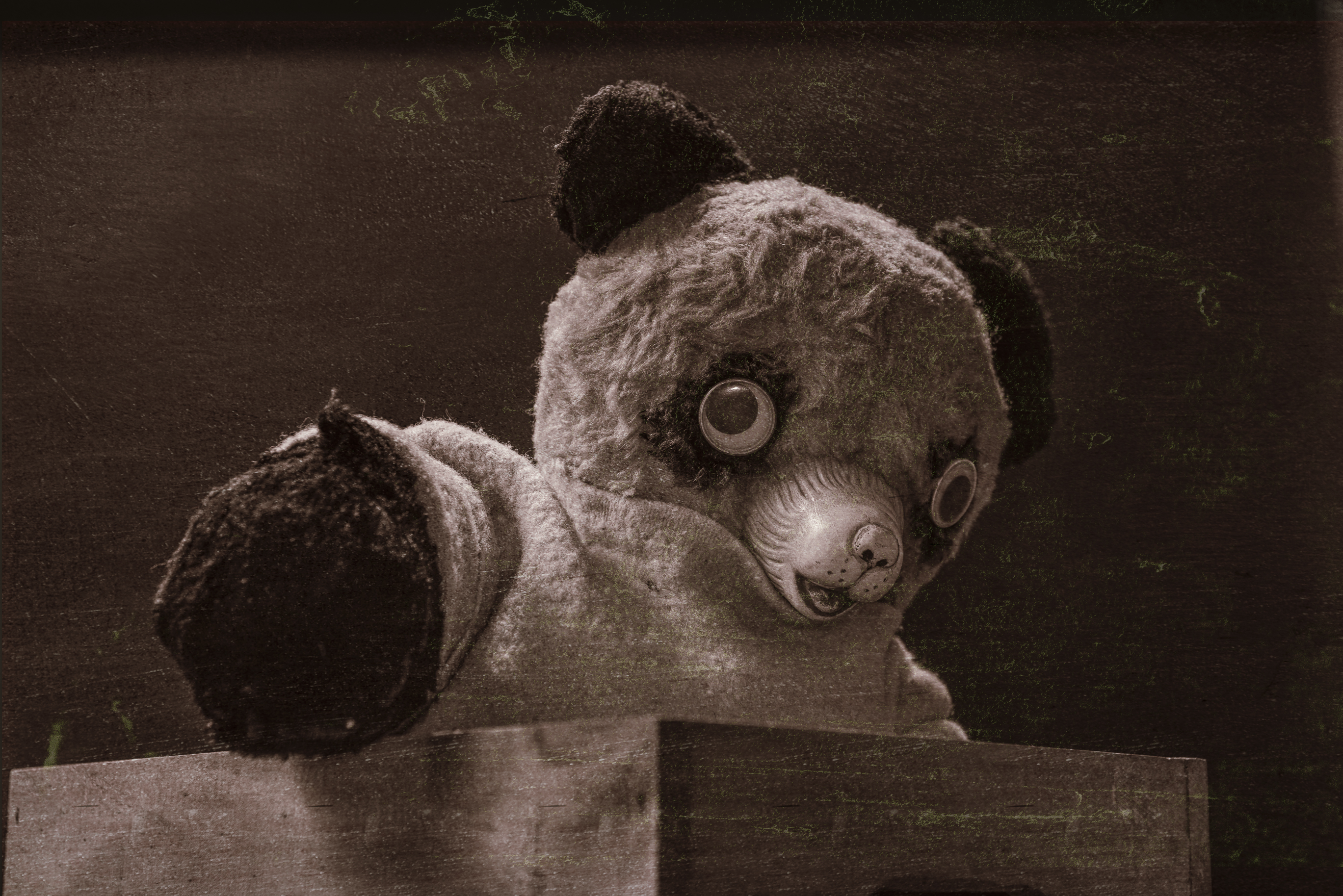