A friend asked me to photograph a young couple who had just announced their engagement and wanted photographs for a “save the date” announcement. This kind of photography is far outside my comfort zone but I agreed to do the shoot about 3 months ago as a favor to my friend, but it was only last week that we actually managed to do it. My friend, Katie, was my able assistant. She took control of posing the couple while I fiddled with exposure and flash settings. I needed flash because we were shooting the couple at night with Sacramento’s Tower Bridge as a backdrop. Despite my discomfort with using flash and photographing at night, the shoot turned out to be a very fun experience for me and for everyone involved. But it wasn’t until I edited the photos that I noticed the “Photo Bomber.” Somebody from the tall ship, Hawaiian Chieftain which is temporarily docked in Sacramento, was climbing in the rigging the entire time. He is visible as an outline against one of the lighted bridge towers. 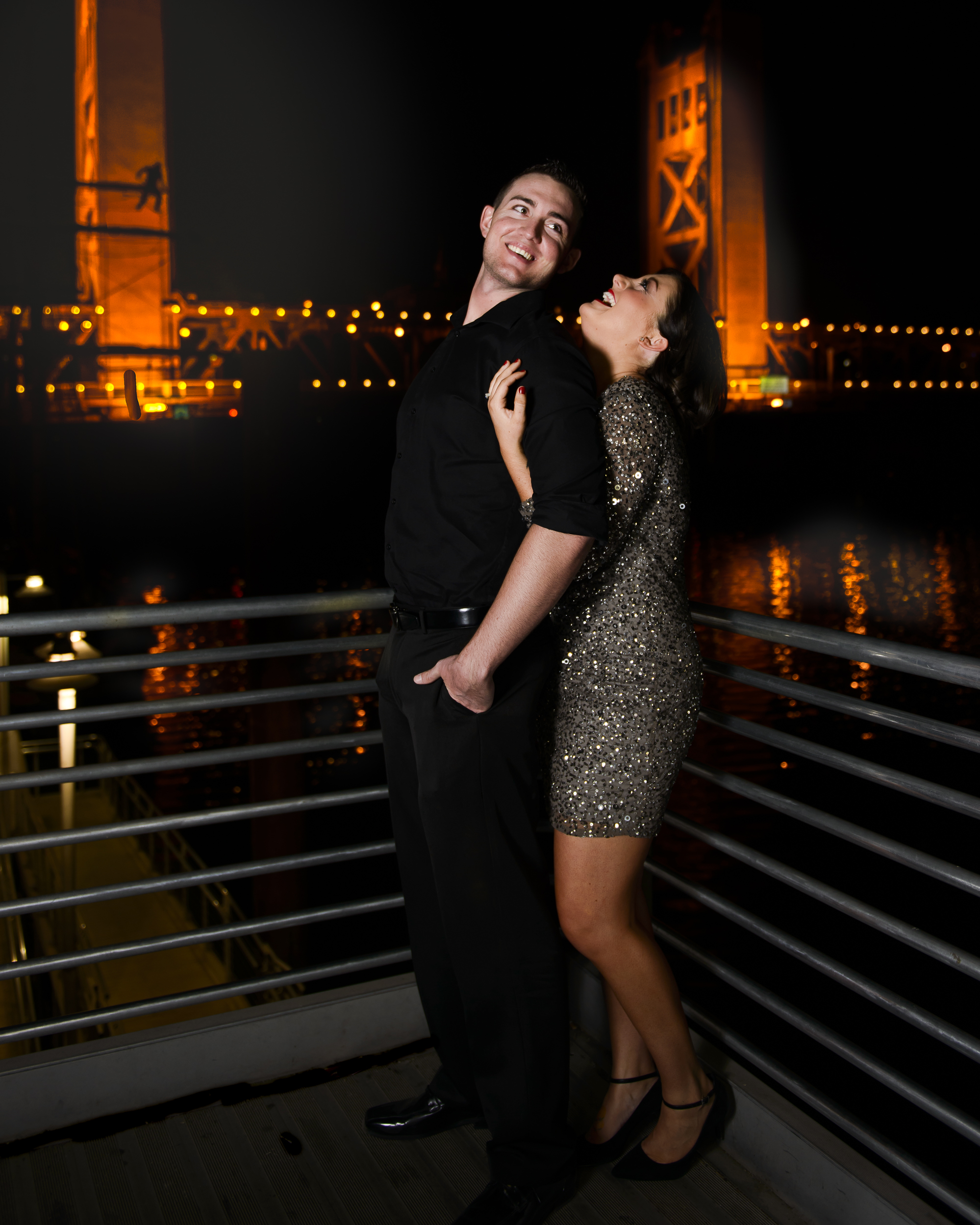