On Sunday morning as we strolled through Greenwich Village on our way to a restaurant where my nephew had made reservations for brunch, one of my Sisters-in-law spotted a huge sign looming over the corner of a century old brick townhouse at the corner of W. 10th Street and 7th Avenue: Restaurant BOBO Bar & Garden the sign proclaimed. We all chuckled and of course I stopped to take a photo to send off to Cody, Bobo’s bird sitter while I’m gone. After a few minutes, Michael descended the stairs, allegedly to look at the menu. When he emerged a few minutes later he told us he’d ‘cancelled’ the reservations at the other restaurant and we’d be eating at Bobo’s. Turns out, Bobo’s was our destination the entire time. He’s taking some classes at NYU which is just a couple of blocks from Bobo’s in Greenwich Village and he’d scouted it out before we even arrived in NYC. Bobo’s is a great restaurant with delicious food and fun staff. We ate on the rooftop garden and they’re eagerly awaiting a portrait of my own Bobo that I promised to send them. By the way, Bobo, in Greenwich Village Speak, is an abbreviated form of the words bourgeois and bohemian and refers to the fusion of these two very different cultures; apparently ‘bobos’ are successors to the yuppies.

In the first shot, Pam, Sue, and Sonia pose in front of Bobo’s. The second shot is a view down 7th Ave. from Bobo’s to One World Trade Center. 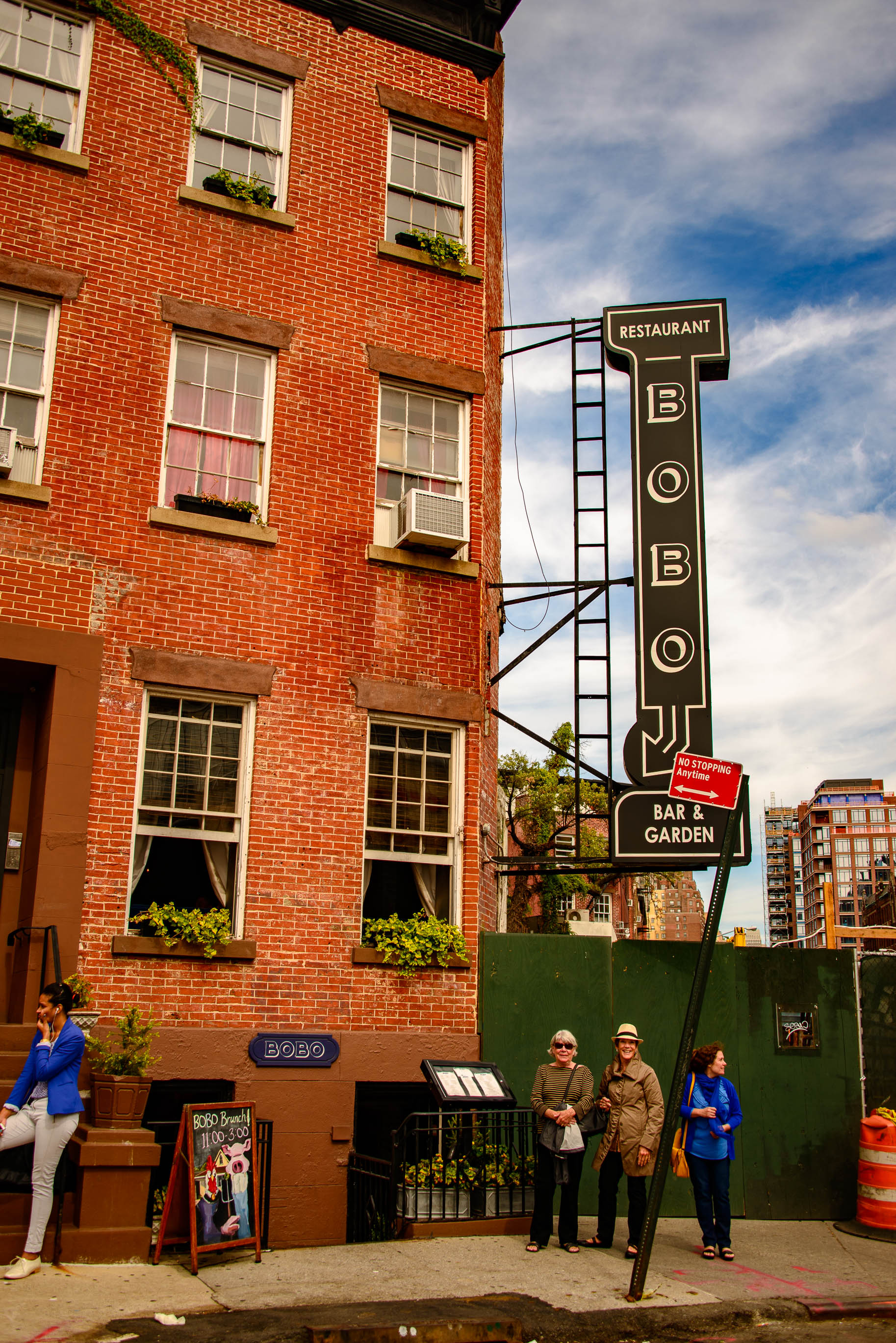 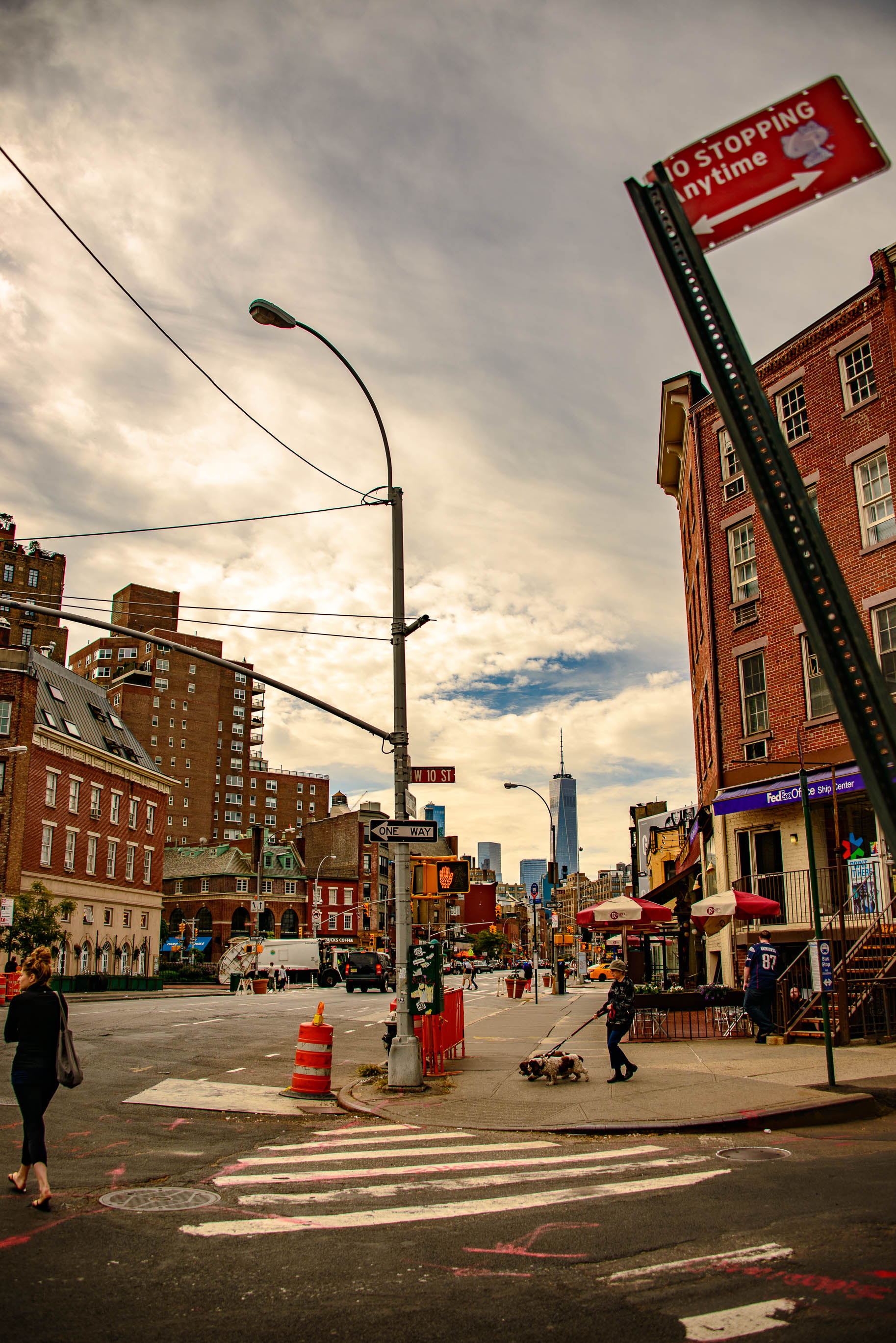