Big Bertha got her chance to try out the Zenelli gimbal head but not before I made more adjustments to ensure a firm hold by the quick release mechanism. The quick release plates on the 80-400mm lens and the 600mm lens are slightly different in width. After satisfying myself that I had made the proper adjustments to keep BB safely on the tripod, I carried the setup into the backyard just to continue familiarizing myself with the new equipment. There really isn’t much out there to photograph with the long lens but at least I can start getting a feel for its use until I get a chance to go out into the field with it. I noticed that, as with the 80-400mm lens, reaching over top of the gimbal head to hold the lens steady as I have been instructed by Moose Peterson to do when using a long lens on a tripod, was just a bit awkward. I told myself it would get better with practice. Returning to the house, I noticed a telephone message from one of my photography friends, Richard. He congratulated me on my new gimbal head having seen the photo in my blog post yesterday and then suggested that I try mounting the lens so the gimbal is on the right. That way, it wouldn’t be in the way when I placed my hand atop the lens to steady it. Well, duh! Remounting entailed simply turning the gimbal head 180°. As this post is titled, “stupid is as stupid does,” Forrest Gump was certainly right about me! Here is the new setup with the 600mm lens on the D7100. Using the new freedom I have now to steady the lens without fighting the gimbal head, I took a photo with BB of a fluffed up dove sitting on the fence with just a touch of late afternoon sun creating a little bit of a rim light on its feathers. Piece of cake . . . or maybe a box of chocolates! After all, as it turned out, there was something to photograph in my backyard with the long lens. Just goes to show you, you never know what you’re gonna get. 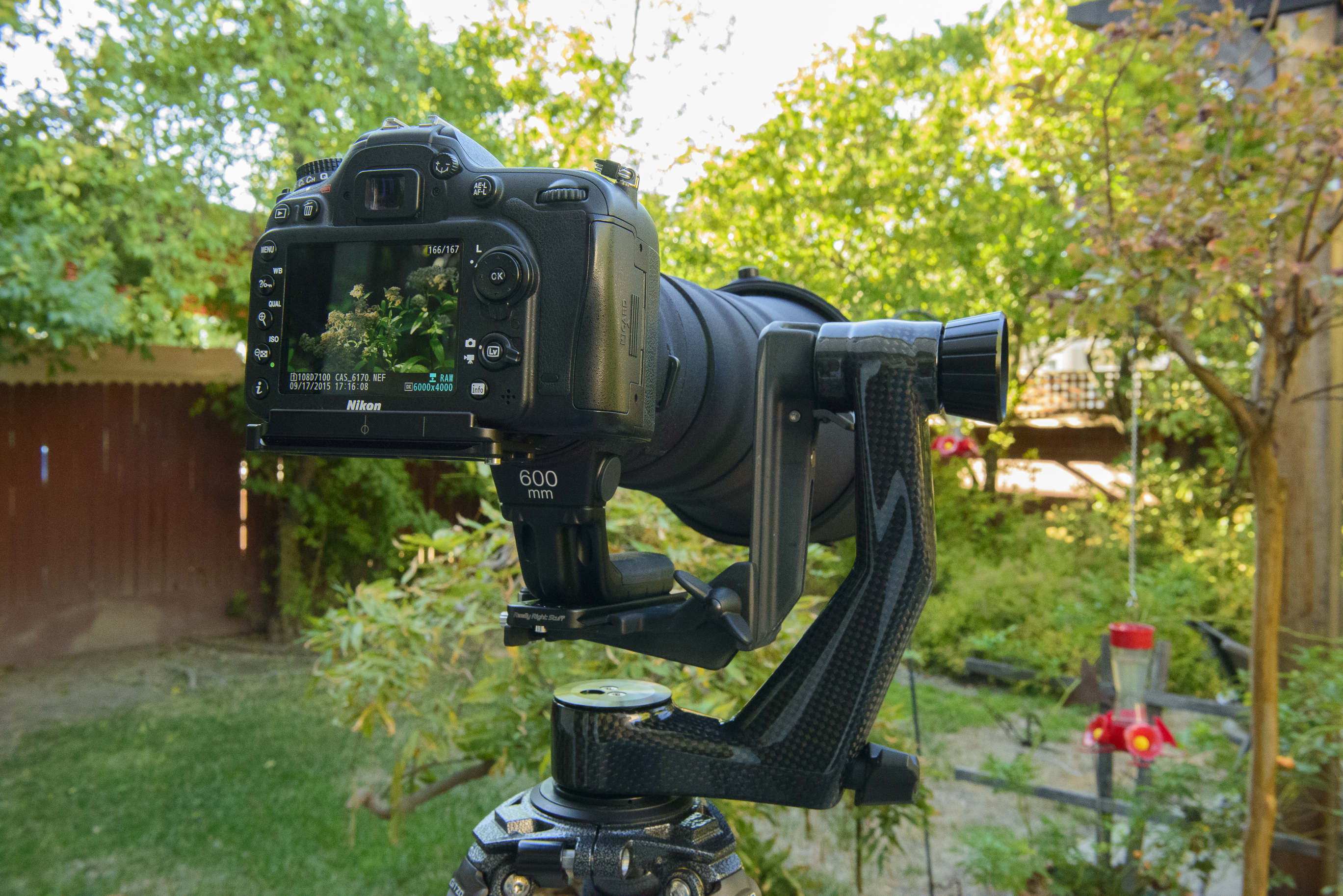 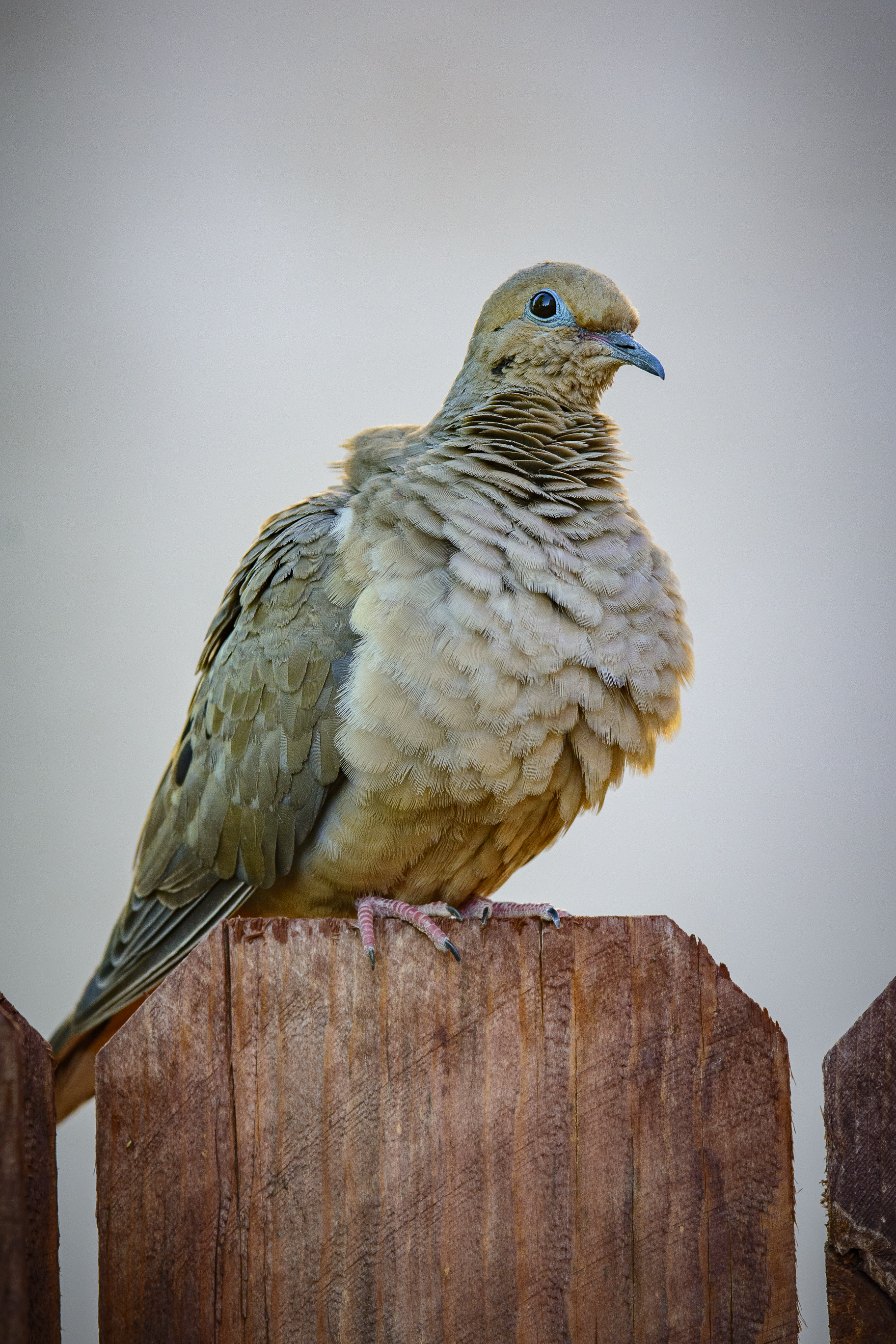