My Zenelli’s gimbal head arrived Monday afternoon. I was overwhelmed by it, not having ever used one and not knowing how to use one because I didn’t pay attention to those on my bird photography workshop outings who were using gimbal heads…that would be everyone but me. So far, I haven’t tried attaching Big Bertha. I wanted to be able to understand how this tripod head works so that I could be reasonably assured that I wouldn’t dump Big Bertha over a cliff or something equally horrifying. I finally got up the courage to assemble the gimbal head (assembly involved inserting one piece into another with Arca-Swiss profiles—the equivalent of dove tails in wood working) and I even managed to follow the directions written in fractured English by its Italian manufacturer to adjust the tension on the quick release plate mechanism, although I have to admit I thought they had made up the phrase “grub screw” and wracked my brain about what they might have meant to say. However, the drawings showed me where the “grub screw” was and what I needed to do with it so I didn’t really need to know what they meant. After I had everything adjusted to my satisfaction on the gimbal head, my curiosity got the better of me so I Googled it (thank you, Google) and discovered that there really is something called a “grub screw!” It is a headless screw with a slot or hexagonal indent cut into it for making fine adjustments. They meant what they said.

I attached my 80-400mm lens to the gimbal head. Everything held up perfectly. Then I attached my Nikon D7100 to the lens. Still perfect. I picked up the tripod with the gimbal head, camera and lens attached and walked outside to the center of my patio and gimbaled the heck out of things. I wasn’t expecting any birds to come but I heard one of the hummers expressing his dissatisfaction with my presence near the feeder so I aimed there. I was able to track the hummer fairly well but the gimbal head gives a different feel to the operation of the camera so it is something I’ll have to practice. After a few shots of the hummer at the feeder, I realized my ISO was too low for the overcast and unexpectedly damp conditions so I finally upped it to 1600 to get a decent shutter speed. I managed to get a couple of shots that I liked. They’re not tack sharp but I’ll work on that. 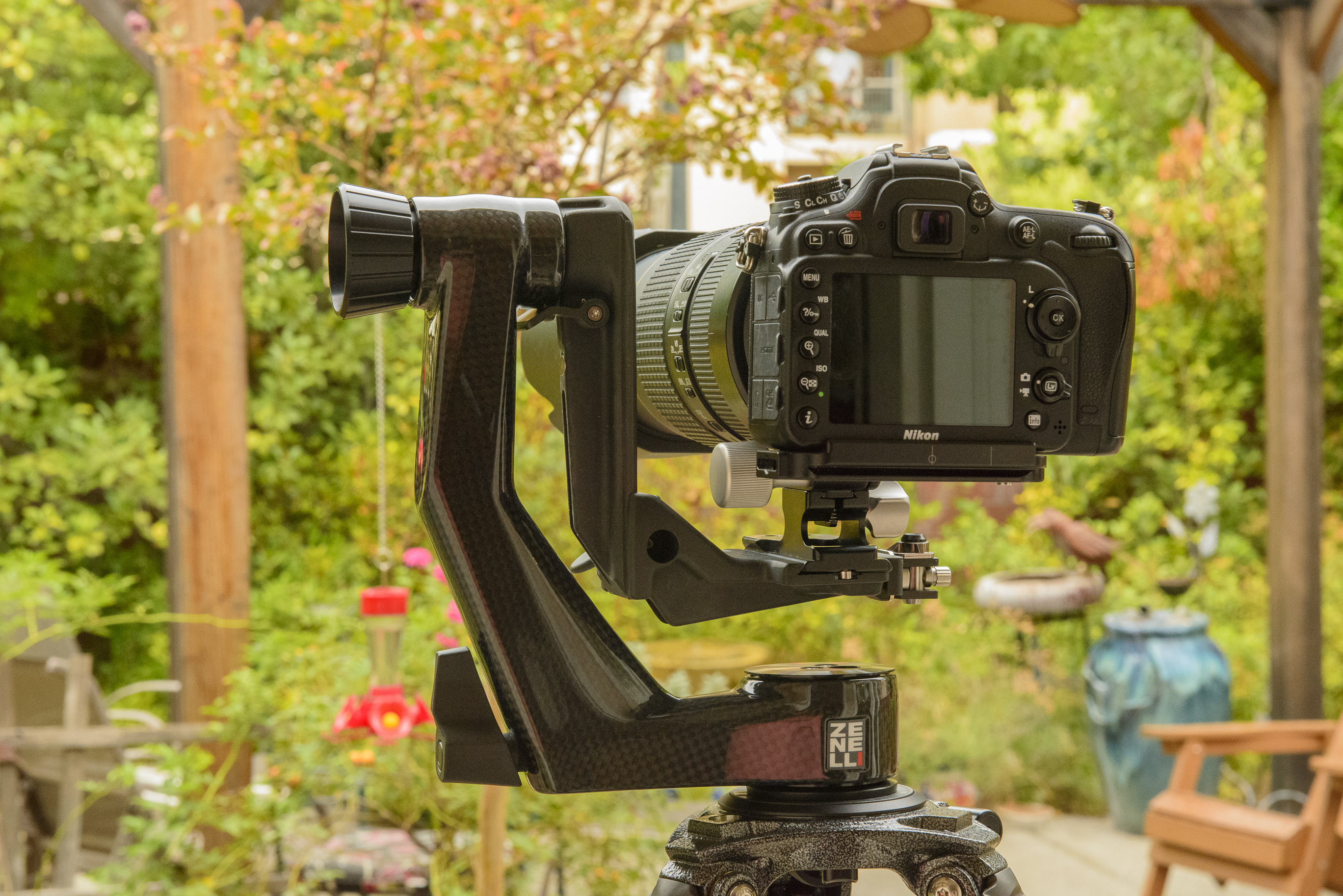 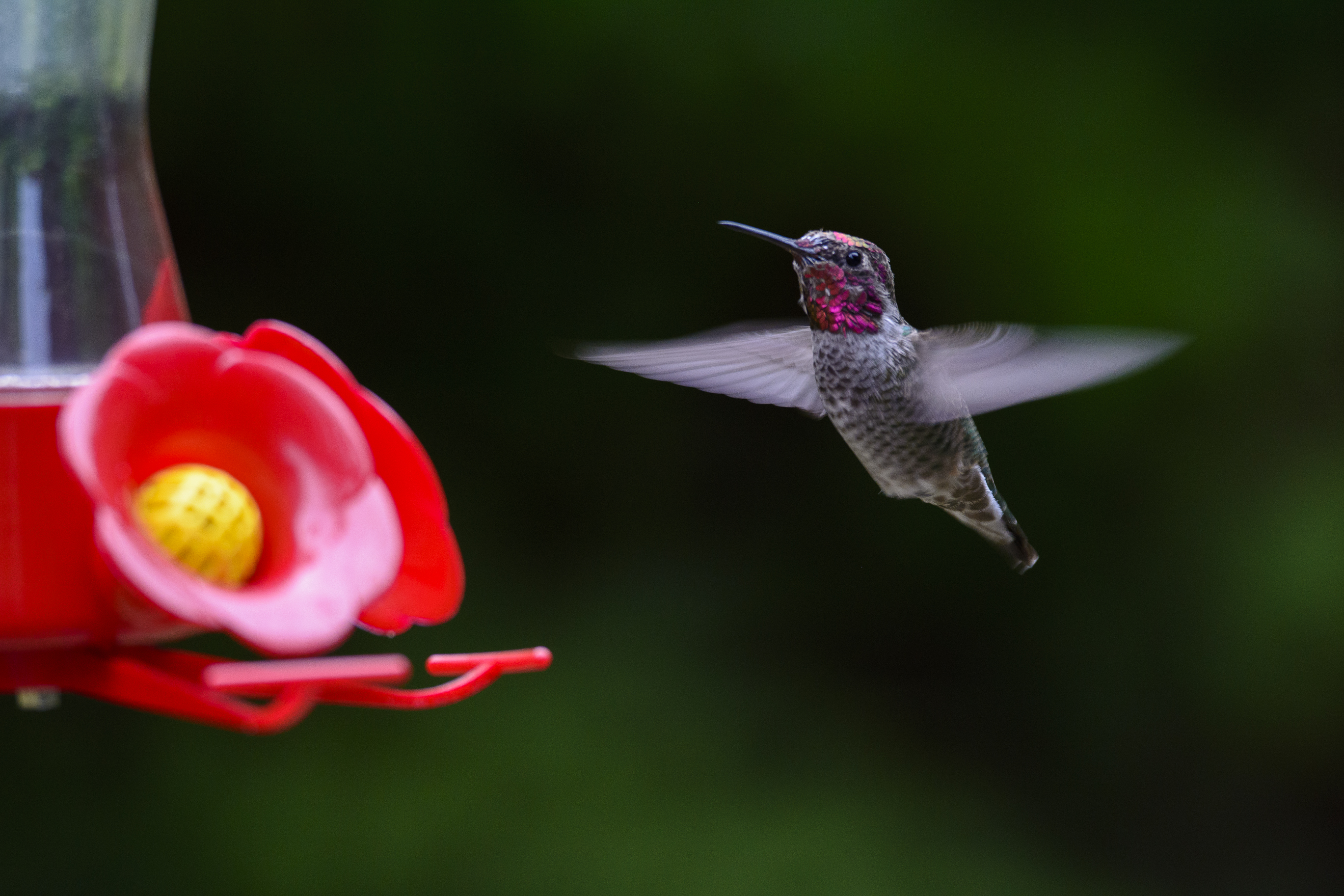 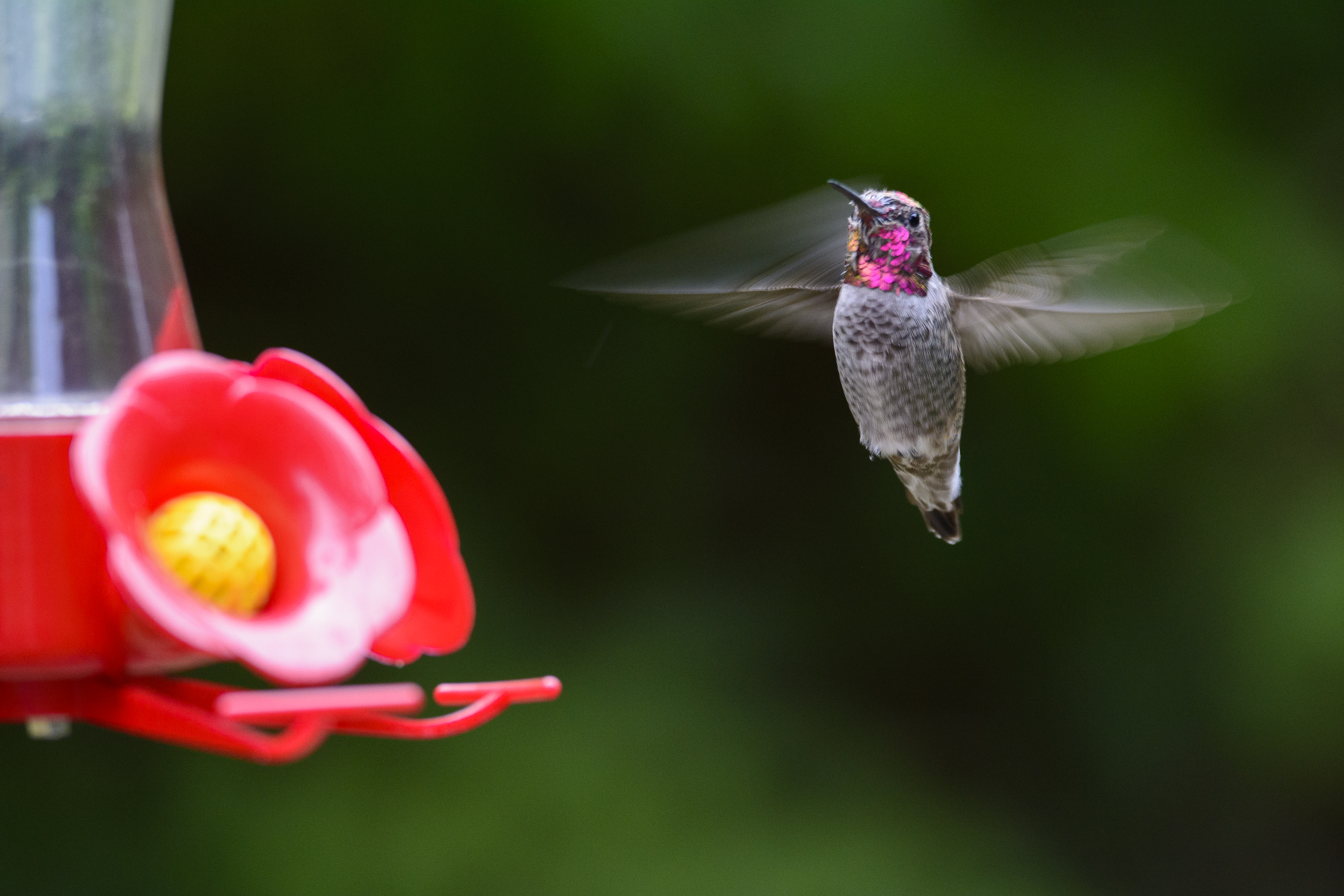