I’m visiting Melinda and Lonnie in Prescott, Arizona and they took me to the Friday night concert in the park where locals gather to enjoy summer evenings with their friends and neighbors while a band plays. We sat on the Courthouse steps, heard some fairly decent country rock music, and did some serious people watching…or in my case, serious dog watching. This Jack Russell terrier was sitting with his owner on the steps in front of us and didn’t let the ice cream cone out of his sight, waiting for the moment when he would be offered a bite. His anticipation was palpable but he was very well behaved and didn’t make a move toward that cone until finally, long after I took this photo, a bite was offered to him.

I edited this shot in the Topaz Black and White Effects filter. 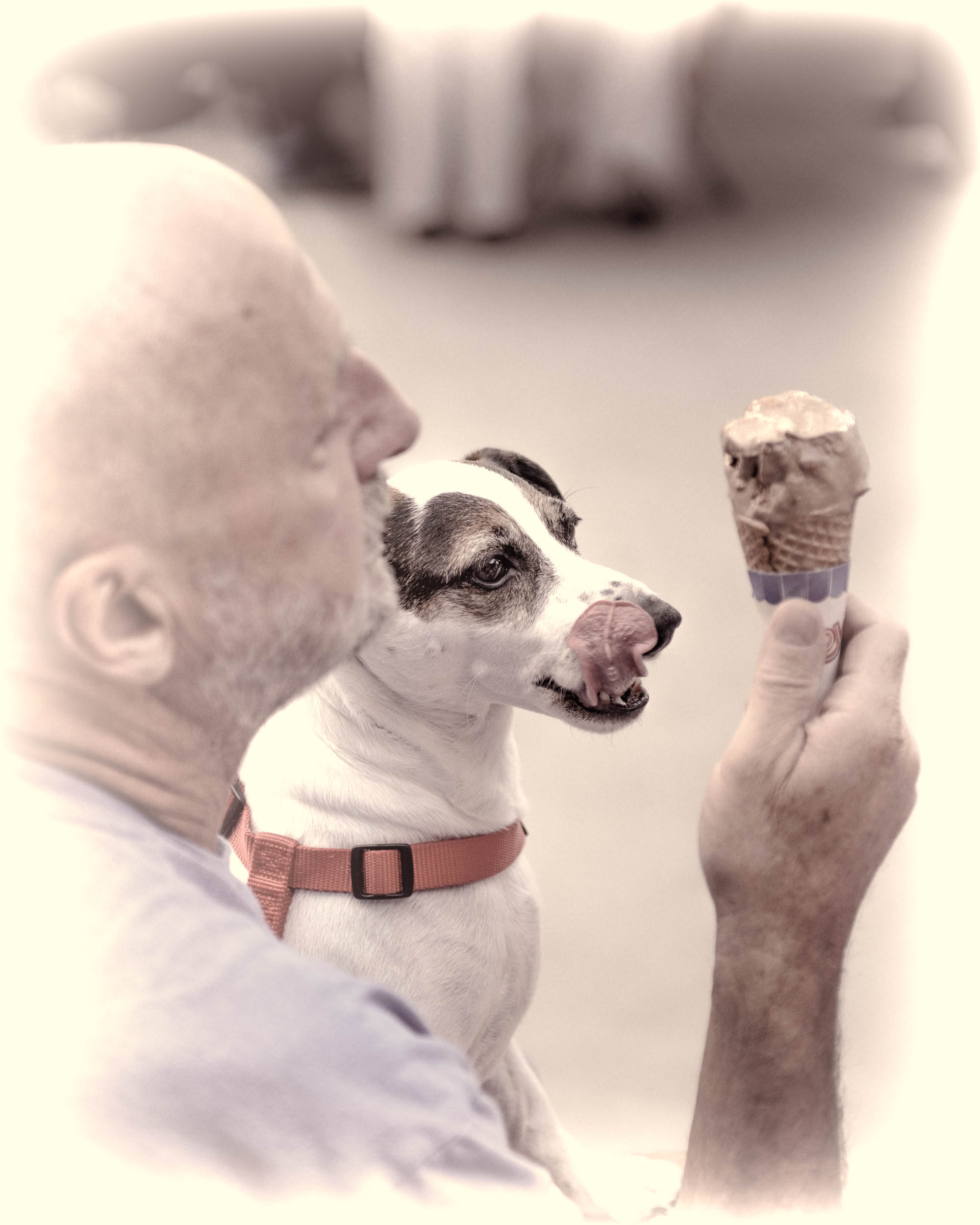