A couple of weeks ago, I posted a few photos of the very deadly water hemlock a wild growing plant that is quite lovely and looks like Queen Anne’s Lace—it’s related but it’s not Queen Anne’s Lace. Among other plants it’s related to is very edible and nontoxic parsley which is currently flowering in my vegetable and herb garden. I was admiring the two inch compound umbel which is what the cluster of flowers is called (thank you Google) and on closer examination I noticed a tiny (no bigger than 3/16 inch) creature that disappeared instantly when I inadvertently bumped the plant and caused it to vibrate. I wasn’t sure what the creature was but decided my macro lens would tell me. I brought out the camera with the macro lens and a tripod and the little creature had returned to the top of the umbel. As I peered more closely, I realized it was a tiny spider but when I viewed the macro shots, I was startled that it had spiny haired legs and had a kind of cute expression. I think it is an orb spider. I have no idea if it will get any bigger. 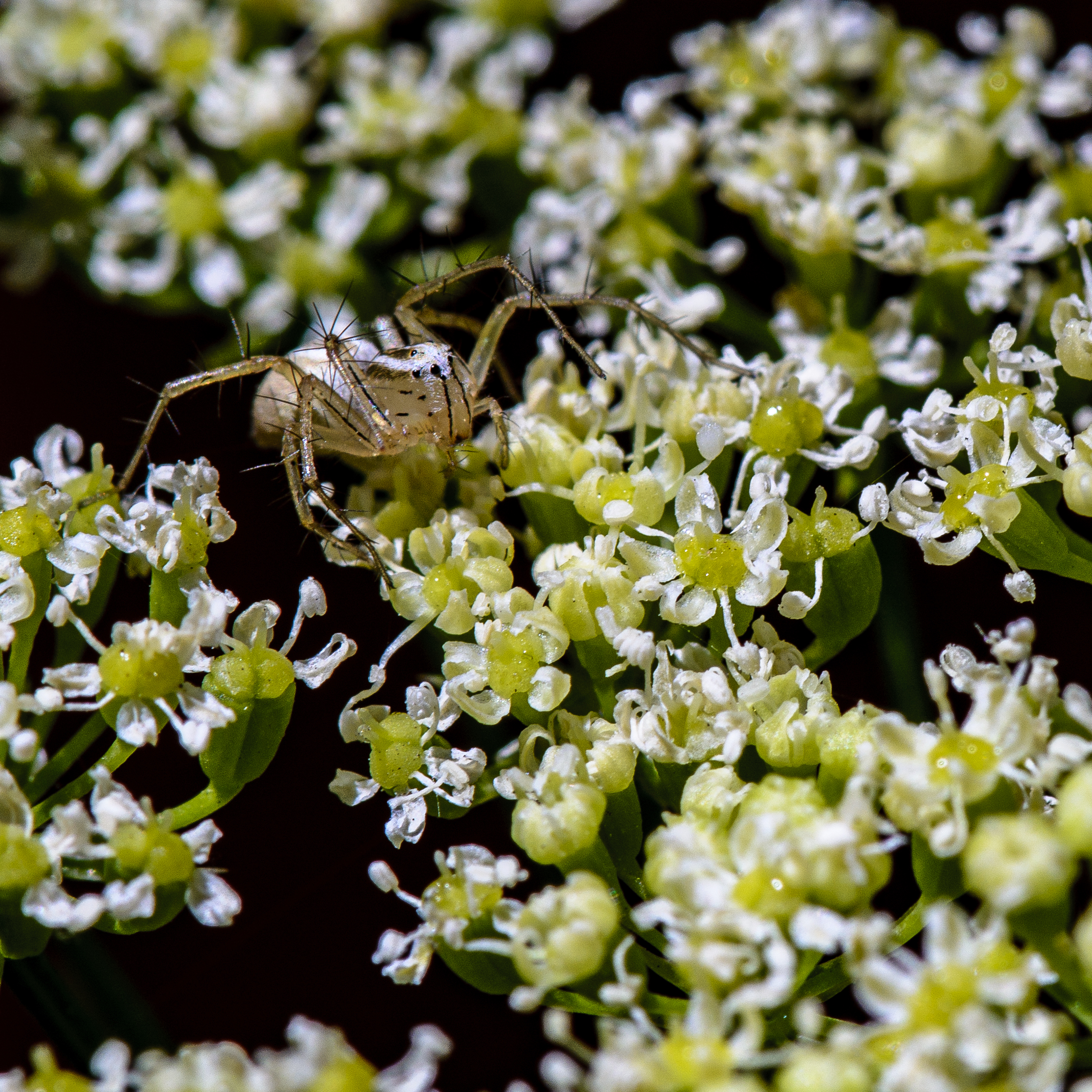