If it is not yet apparent to anyone who reads this blog, I love hummingbirds. I have three feeders in my yard but only one pair of Anna’s Hummingbirds lives here year round. I’ve never found their nesting sites and I’ve never recognized any of the hummers as their offspring. The hummers in my yard are vigilant and keep most other hummers away. And, I never tire of photographing them.

With the 600mm lens now almost continuously focused on the feeders or the fountain, I’m trying to work on perfecting (or at least approaching adequacy) my bird photography. I’m struggling with composition because I’m trying to figure out how to quickly adjust the ball head without letting the heavy lens flop down out of control. Consequently, successfully focusing on the eye while at the same time moving the lens for the best composition seems to be eluding me. I’m anxiously awaiting the arrival of that gimbal head which should, once I figure out how to use it, help me with this problem.

Monday morning, even though I was dressed and ready to head off to the gym, I couldn’t resist taking more bathing shots of the male hummer. With the 1.4x teleconverter attached, the smallest aperture was f/5.6 and I had neglected to increase the ISO from 250 so the shutter speed was a lethargic 1/15 second. When I looked at the shots, though, I was amazed that the hummer held his head so still that it’s in crisp focus as he shakes the water drops off his tail. I cropped the shot to an 8×10 format for better composition. Then, just as I was about to grab my water bottle and head out the door to the gym, the female hummer appeared at the new fountain. I had to quickly open the door again, move the camera into position, adjust the focus and try to follow her as she wasn’t sure where or whether she could land to bathe. She finally did alight on the edge where the water streams back into the fountain but I couldn’t achieve focus. This is the only shot I got of her that’s partially in focus. I had already increased the ISO to 800 so the shutter speed was a bit faster (1/80) but the composition was entirely on the right side of the photo so I cropped the shot vertically to an 8×10 format.

Oh, I never did make it to the gym but I did manage to arrive on time to my 10 o’clock dental appointment. 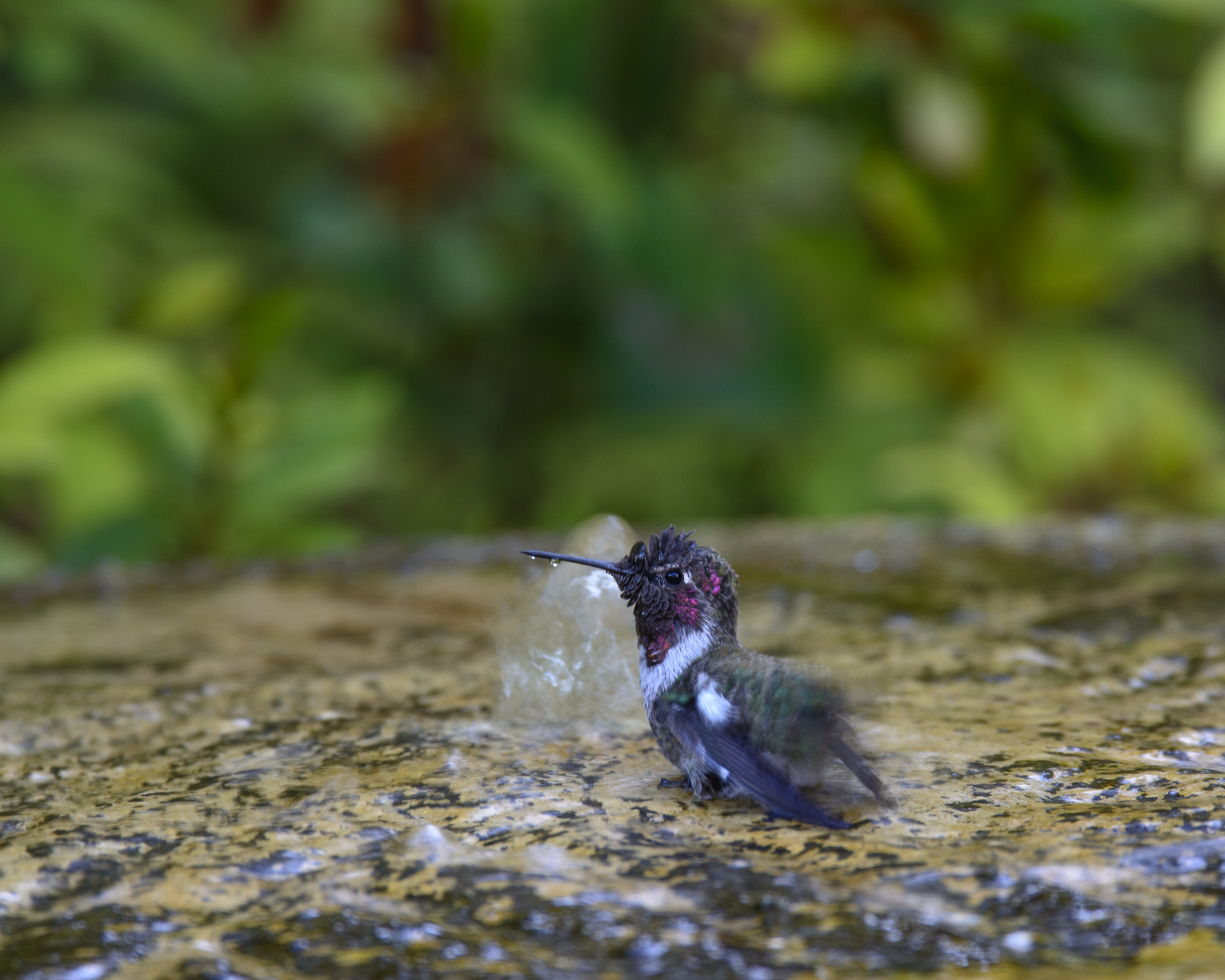 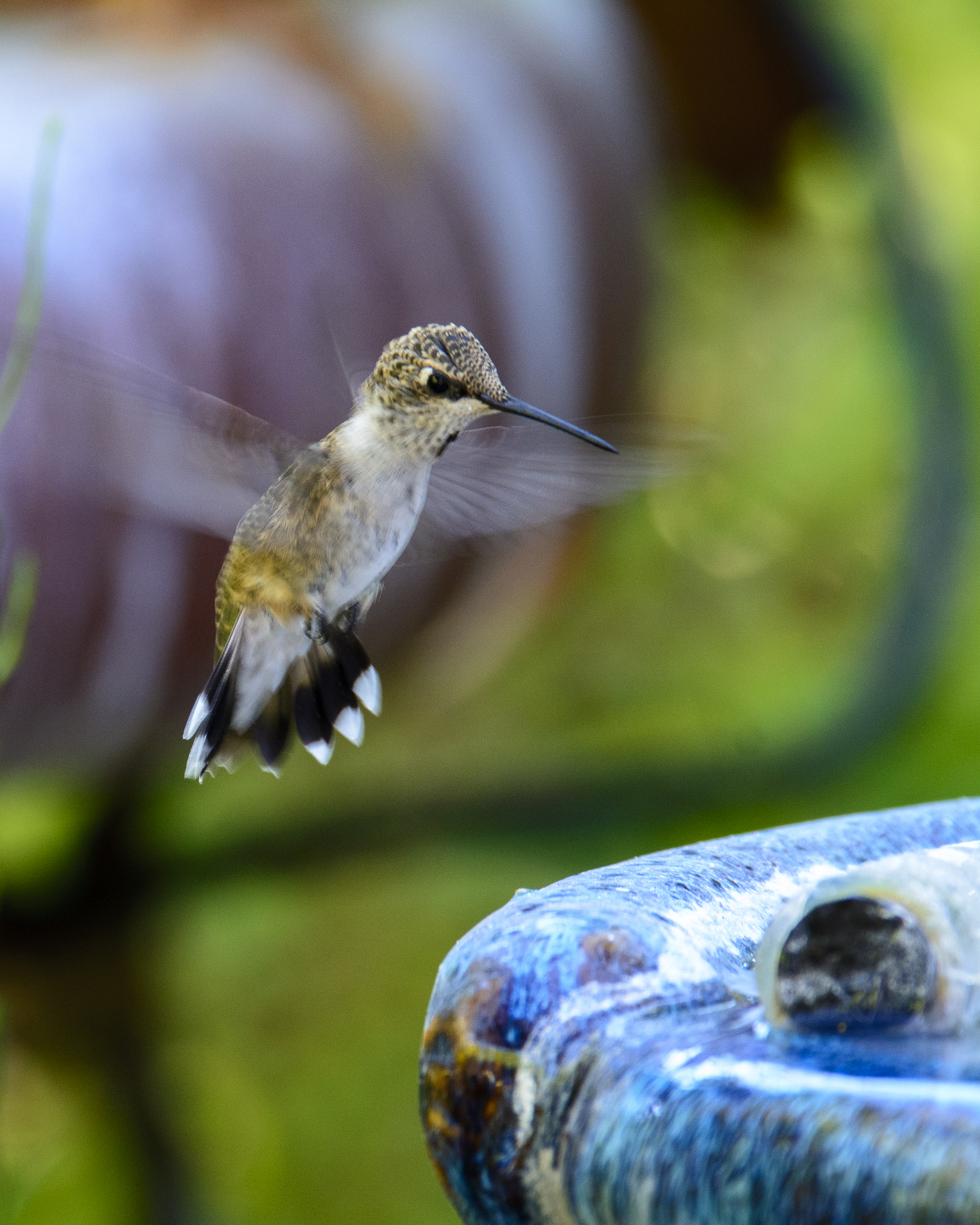