Eggplant! I’ve been watching the flowers on all of my veggies (I know, eggplants and tomatoes are technically fruits, or berries, I think) waiting for tomatoes, peppers, and eggplant to emerge. Yesterday, suddenly, a fully formed eggplant. Now I admit that the eggplant variety I have is called “Little Finger” and this particular eggplant is only about the size of a thumb…but I guess that’s saying something since a thumb is lots bigger than a little finger. There are lots of flowers on the plant and I expect that eventually one of the flowers will end up on the blog, too, but I was too excited about my first eggplant to bother with any of the flowers, as interesting as they are. I noticed a few yellow jackets buzzing around and an ant or two moving busily up and down the stems but I didn’t see any butterflies or larvae crawling around although it appears as if something has found it’s way into this eggplant. There is a prominent hole at the base of the stem. I hope there are not too many holes or pests in the eggplants. I’m looking forward to grilling these little gems.

I took this shot with my macro lens on the tripod. It was quite a challenge adjusting the tripod legs to allow an eggplant-eye view without crushing the vining ambrosia melon and a couple of marigolds next to it (well, I admit to injuring a marigold just a little), then crouching down to look through the viewfinder and determining focus while perched awkwardly on the edge of the raised bed. At least the raised bed has a bench (thank you Jesse and Lyle). The eggplant was shaded by foliage but the camera and I were in bright sun. Thanks to a magical photographer’s toy, my Hoodloupe, I was able to view the results and adjust the focus without extreme contrast or having to squint. 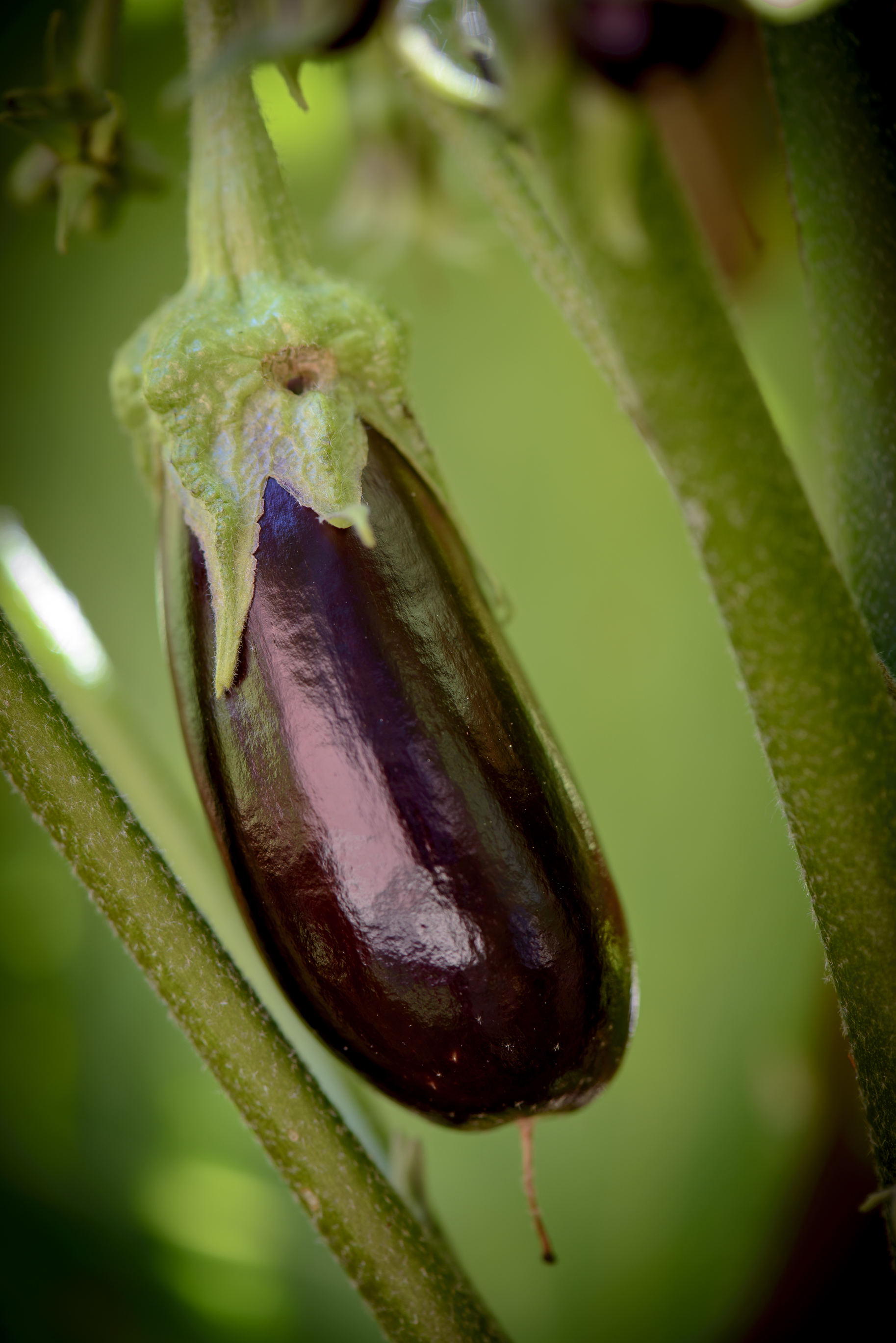