Faith, my personal trainer’s daughter, is turning five in a couple of weeks. Every year, I take the photograph for Faith’s birthday party invitation so it was time Tuesday morning to take the annual photographs. Faith is growing up and developing a very distinct personality. She loves to ham it up and act silly in front of the camera but she’s as much a natural model as she is a ham. She insisted on four wardrobe changes, all very feminine dresses but she climbs the jungle gym, dangles from the ropes, swings from chains, and does flips over the railings much to the chagrin of her equally athletic mother, Noelle. She is what I’d call a fashionista tomboy. I took 599 photos and have looked at only a third of the shots so far because I have been busy and haven’t yet had the time yet to go through them all. But when I saw this photo a third of the way into the shoot, I fell in love with it and decided it had to be my photo of the day. Faith is a real charmer and I think this shot oozes charm. 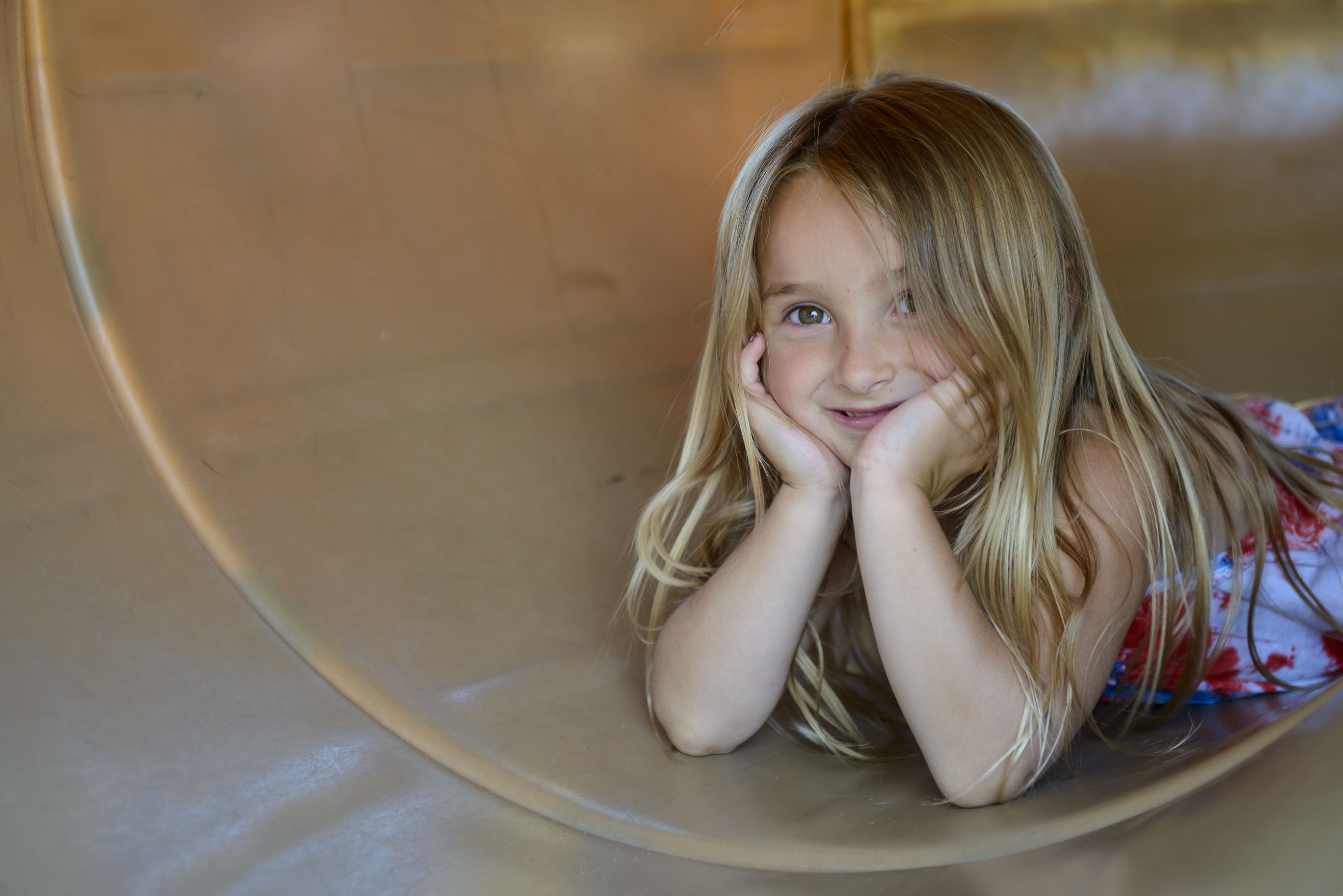