Since I’ve been in France I have searched for the quintessential shot of a bicycle leaned against a wall. On Wednesday, in Oingt, the only village in the Beaujolais des Pierres Dorées to have been awarded the French accolade Les Plus Beaux Villages de France (the most beautiful village in France), I found my bicycle. This beautiful and quaint medieval village with the improbable name of Oingt, that looks like it’s pronounced like the sound a pig makes but instead is pronounced starting with a “w” and ending with a sound like a baby crying. I can’t figure out how to write it phonetically.

We stopped in Oingt on the way to taste the Beaujolais Nouveau which was just released to great fanfare and excitement in the region a week ago. We enjoyed it so much that Charleen and I bought a couple of bottles to enjoy while we are in Paris. 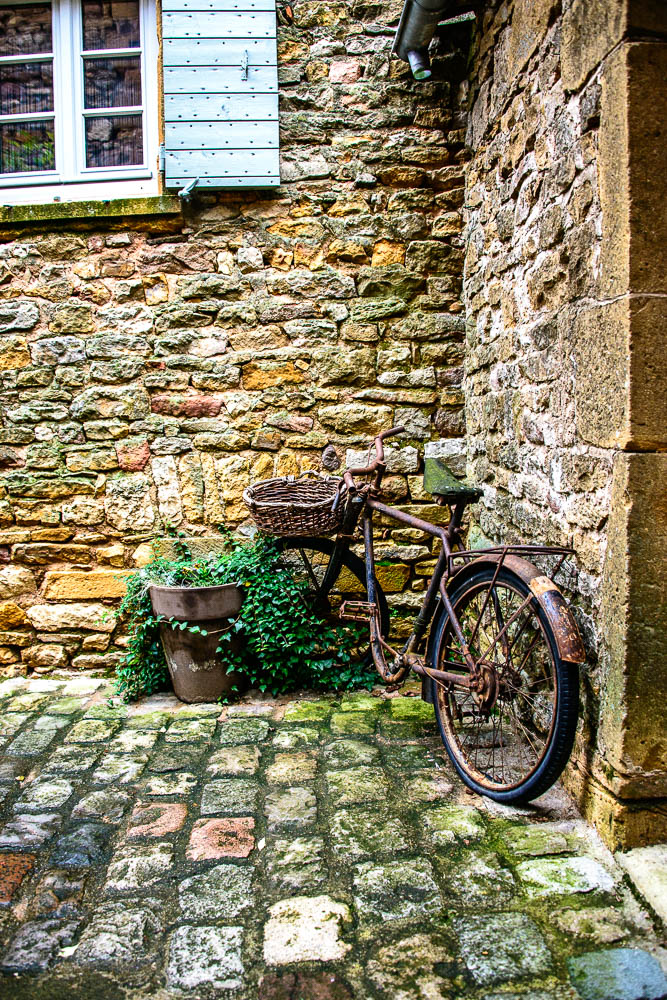