The Anhinga, also known as the Snakebird, is a large regal looking waterbird.  This rather exotic bird uses its long, dagger-like bill to stab fish under water.   On our last day in Florida, we visited the City of Orlando Wetlands Park and this male Anhinga perched cooperatively at the tip of a skeletal tree branch while we photographed him.  He kept his eye on us as the winds began to pick up, rustling the feathers on his back and touseling the feathers on his head. 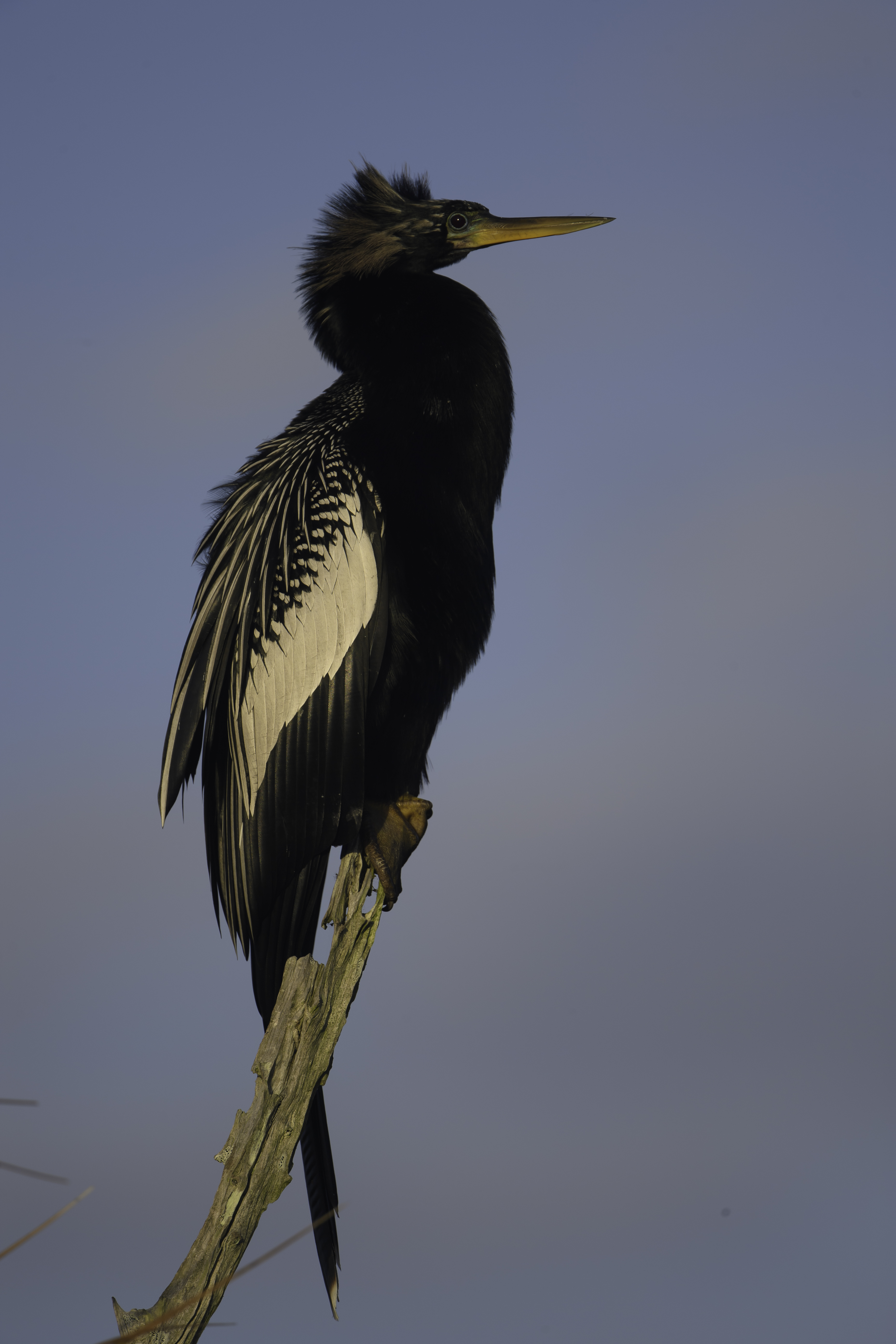