The Whiskey Basin Wildlife Habitat Area just outside Dubois, WY is winter home to a herd of about 900 Bighorn Sheep.  As we drove through the area on our first morning there, we happened across a band of about 30 Bighorns resting on the side of the road, their backs covered with a light dusting of snow.  There were about 20 ewes and a dozen or so rams intent on mating with the ewes.  After we watched for a while and shot from the open windows of our vehicle, we determined that they were acclimated enough to us so when we exited the vehicle, they paid little attention to us as long as we didn’t make any sudden movements that would spook them.  We were able to photograph them for a couple of hours as they crossed the road and continued foraging in an open area near us.  I handheld my Nikon D5 and 500mm PF lens for this shot.  The snow is still visible on the sheep’s back. 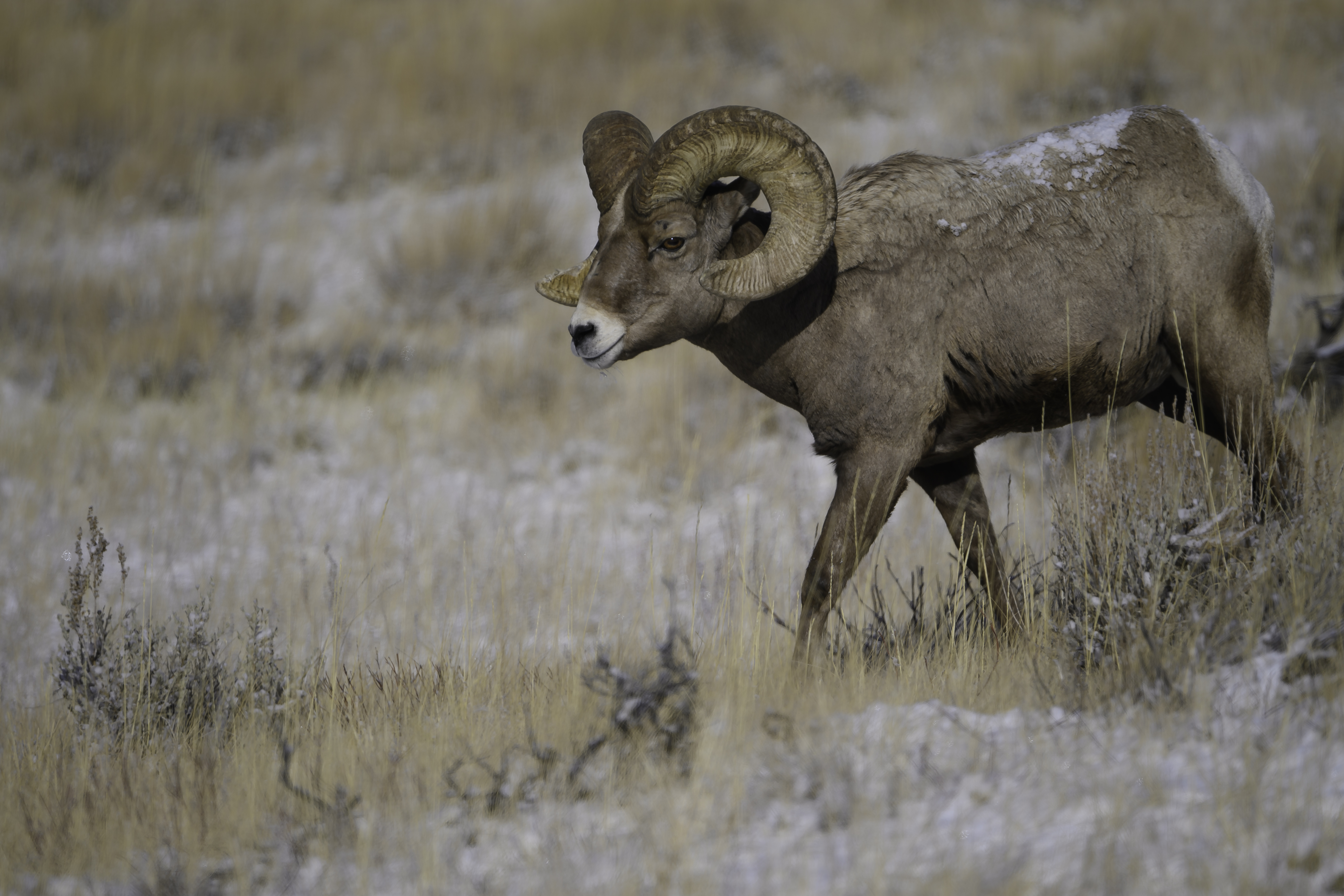