The GMC Yukon was between me and this bull Bison early Friday morning in Roosevelt National Park in North Dakota.  His cape was covered in frost as he nibbled his way toward us.  When he got too close to the road, Moose suggested I return to the vehicle so I wouldn’t become a park statistic. 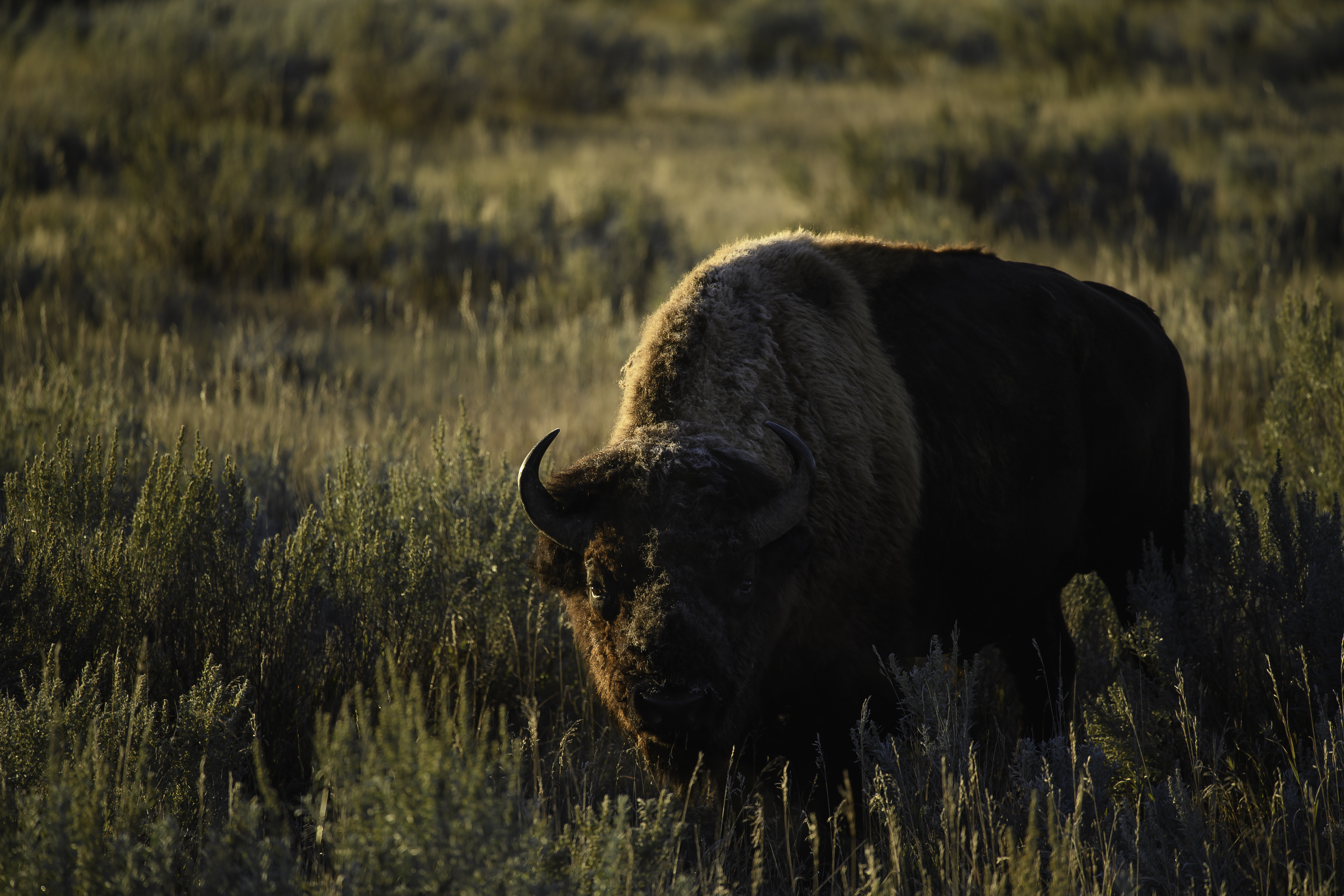