On Tuesday morning, we took the Jetty Boat to the Port A North Jetty so Susan and Dave could fish, Rose could search for shells, and I could take photographs.  We were all successful in our efforts.  Susan and Dave caught their limit with several Sheepsheads and a Redfish.  Rose found the St. Joe’s Island beach strewn with more shells than we’d ever seen there and in another first, I saw more birds on the island than I’ve ever seen in all my years of visiting there.  Large flocks of Sanderlings, something we haven’t seen recently on the Port A beach, skittered along the surf’s edge.  Of course the Gulls were ubiquitous as were Forster’s and Royal Terns, Brown Pelicans, and even a few Willets.

But I got most excited about a lone American Golden Plover that strutted gracefully at the farthest end of my traverse of the beach.    I was uncertain because my only other sighting of one was a nesting American Golden Plover that I photographed last June in Churchill, Canada.  The breeding plumage of these birds is strikingly different from their non-breeding plumage.  At first, I didn’t recognize it as an American Golden Plover because it looked so different but I suspected it was a type of plover because of the shape of its head.  I confirmed its identity with Moose. These birds have one of the longest migrations of any bird, wintering at the southern tip of South American and raising their young near the Arctic Circle in North America.  I was interested to see one on its return journey to its breeding grounds, in a different season and sporting different plumage. 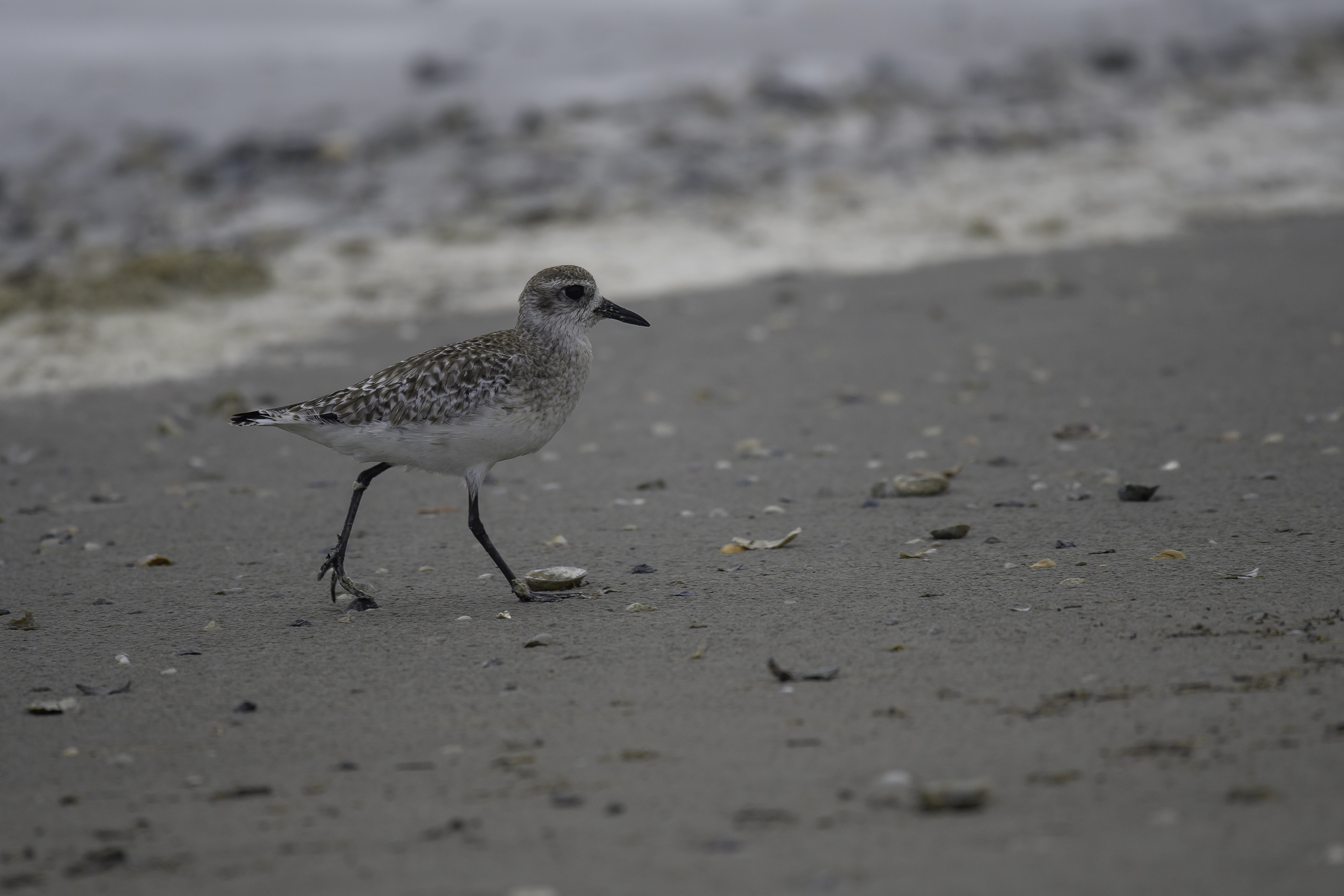 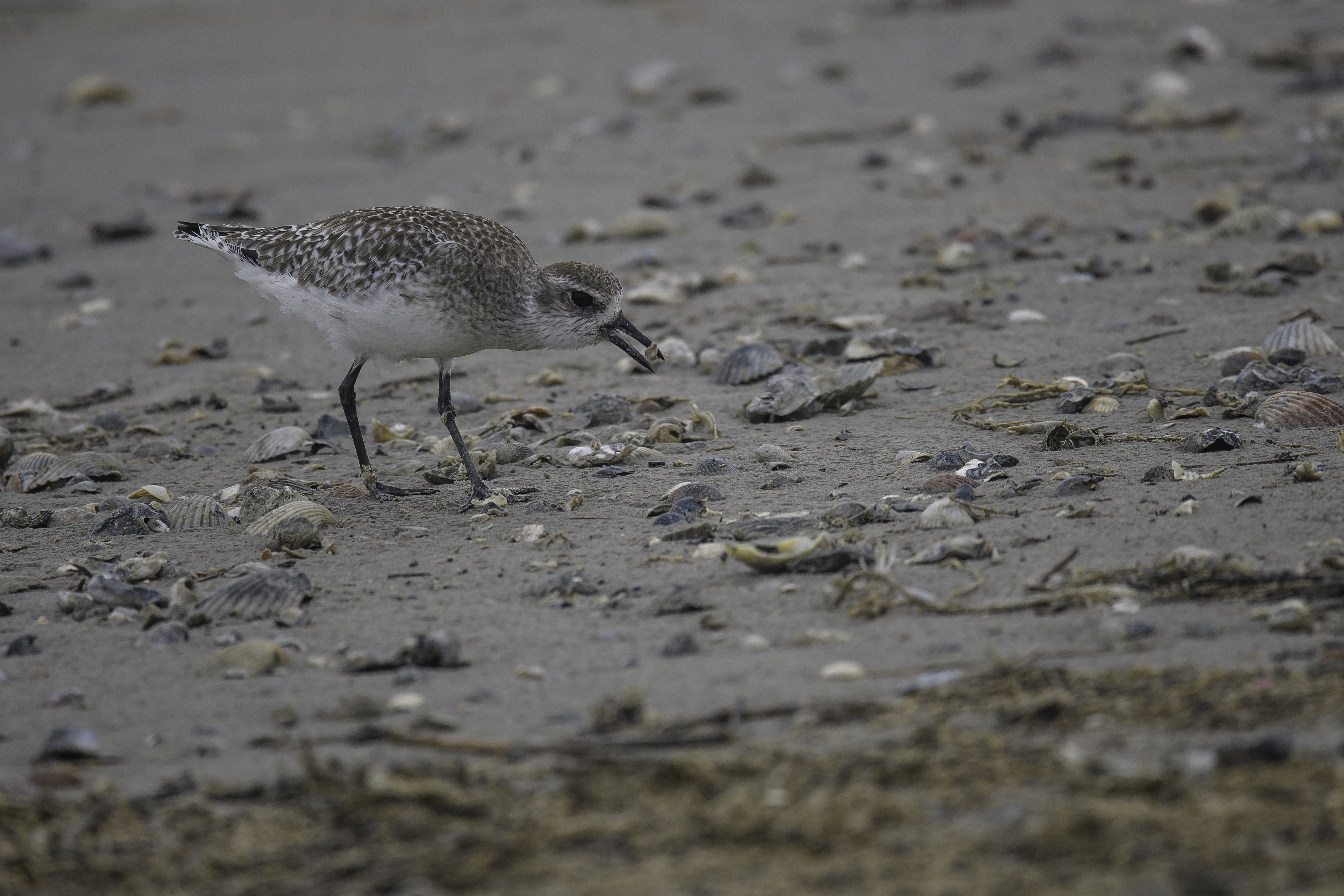 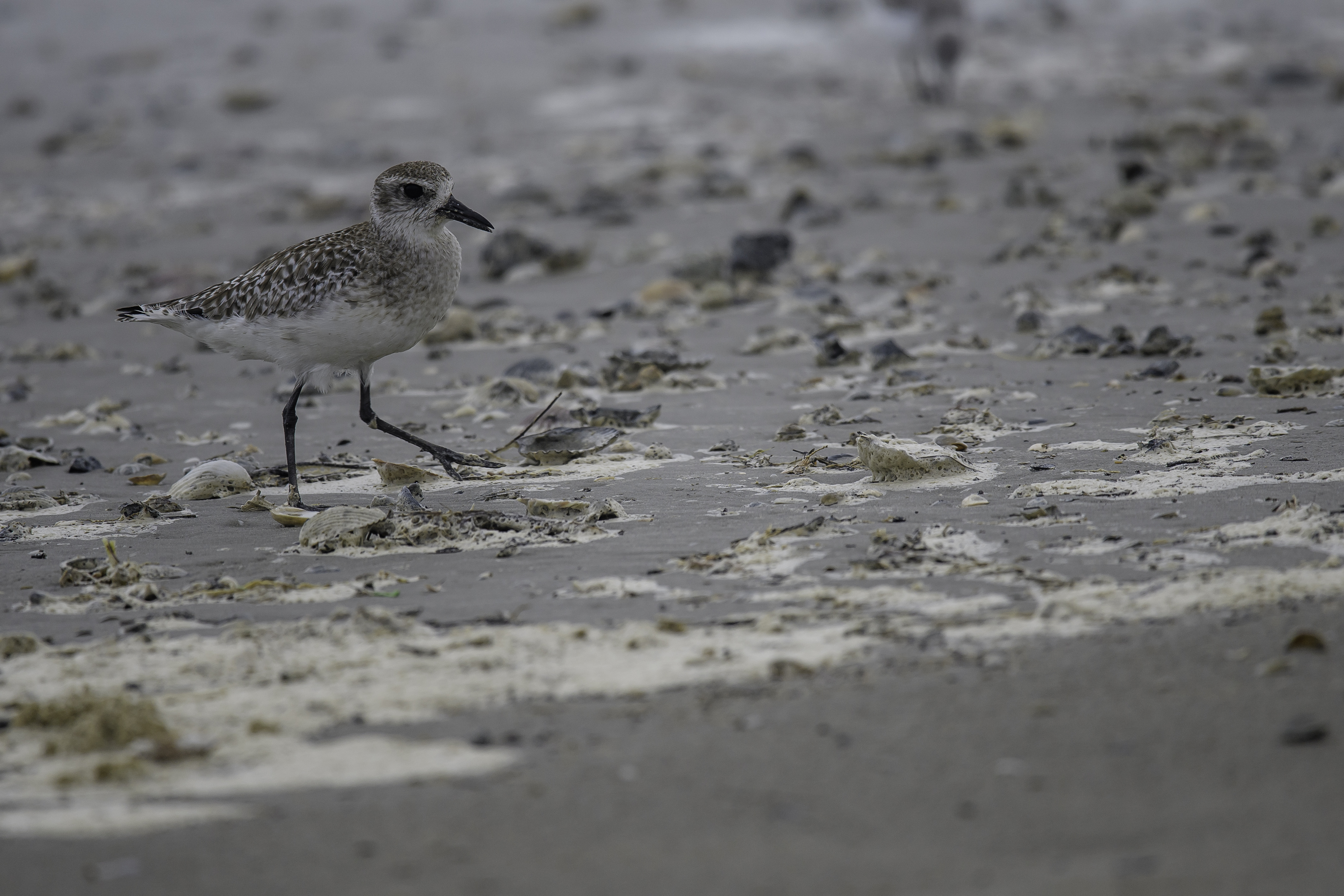