Early Sunday morning, we drove from Mammoth Lakes to a site on the Owens River to photograph the cliff swallows.  The area is owned by the City of Los Angeles and is part of the Los Angeles Aqueduct system.  There seemed to be scores of mud nests and at least as many cliff swallows busy at various nesting stages.     According to The Sibley Guide to Birds, cliff swallows nest colonially, building enclosed jug-shaped nests on rocks or buildings.  In this case, the mud nests are on the underside of the pilings left from a bridge that no longer has a roadbed.

Except for the first shot, which is an iPhone shot,  I took all the shots with my 600mm lens.  None of the shots is cropped.  The iPhone shot shows the overall scene of the cliff swallow colony.  The next three shots show what I presume to be routine cliff swallow activity, carrying insects to feed nestlings, excavating debris from the nest, and waiting at the nest opening.  The last shot appears to be some sort of territorial dispute with one swallow, from inside the nest, holding another by what I think must be the bird equivalent of the “scruff of the neck” while the swallow being dangled squirms to free itself.  The dangling swallow was eventually released and plummeted for several inches before recovering from the insult of being restrained and flying off. 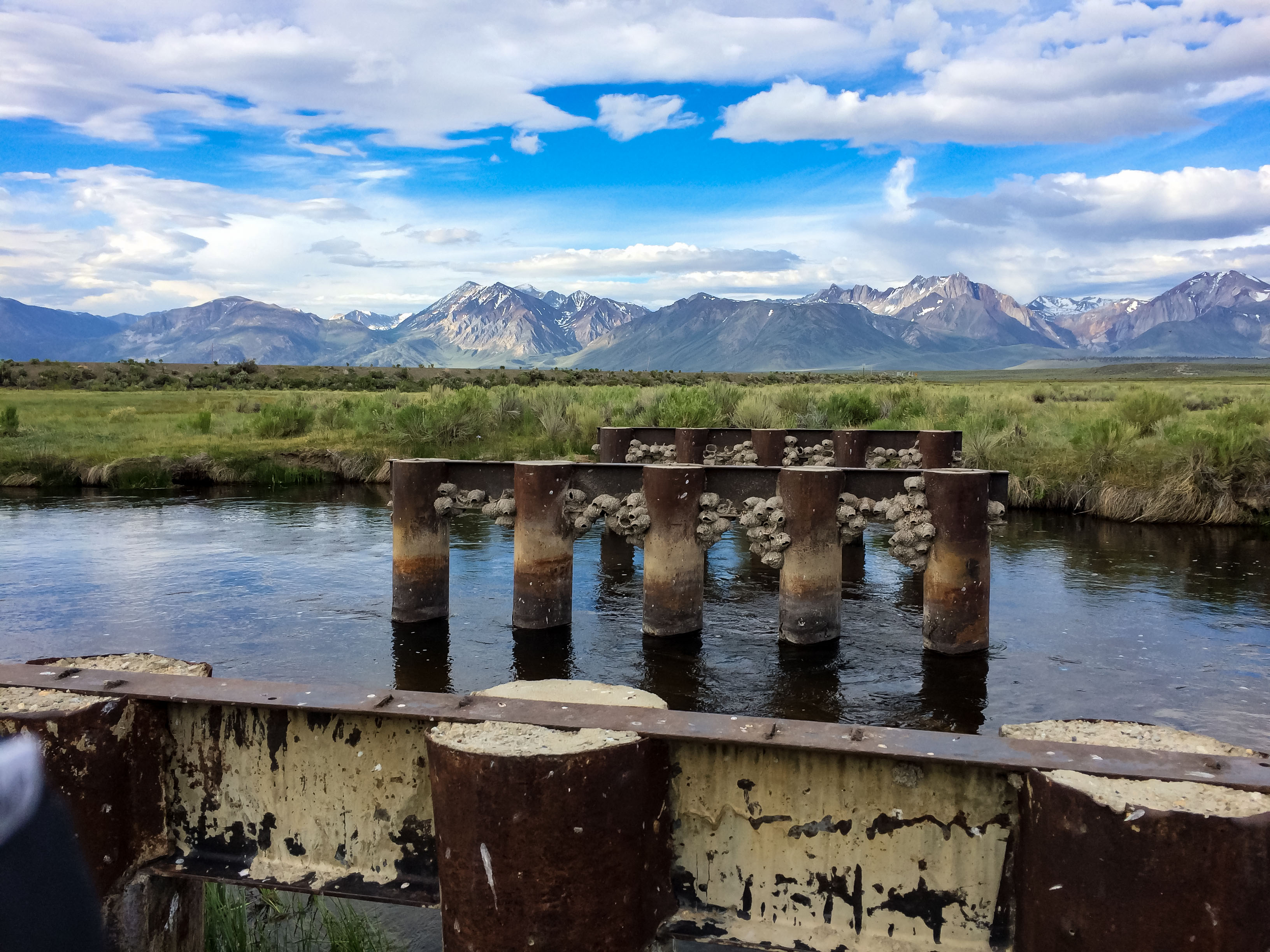 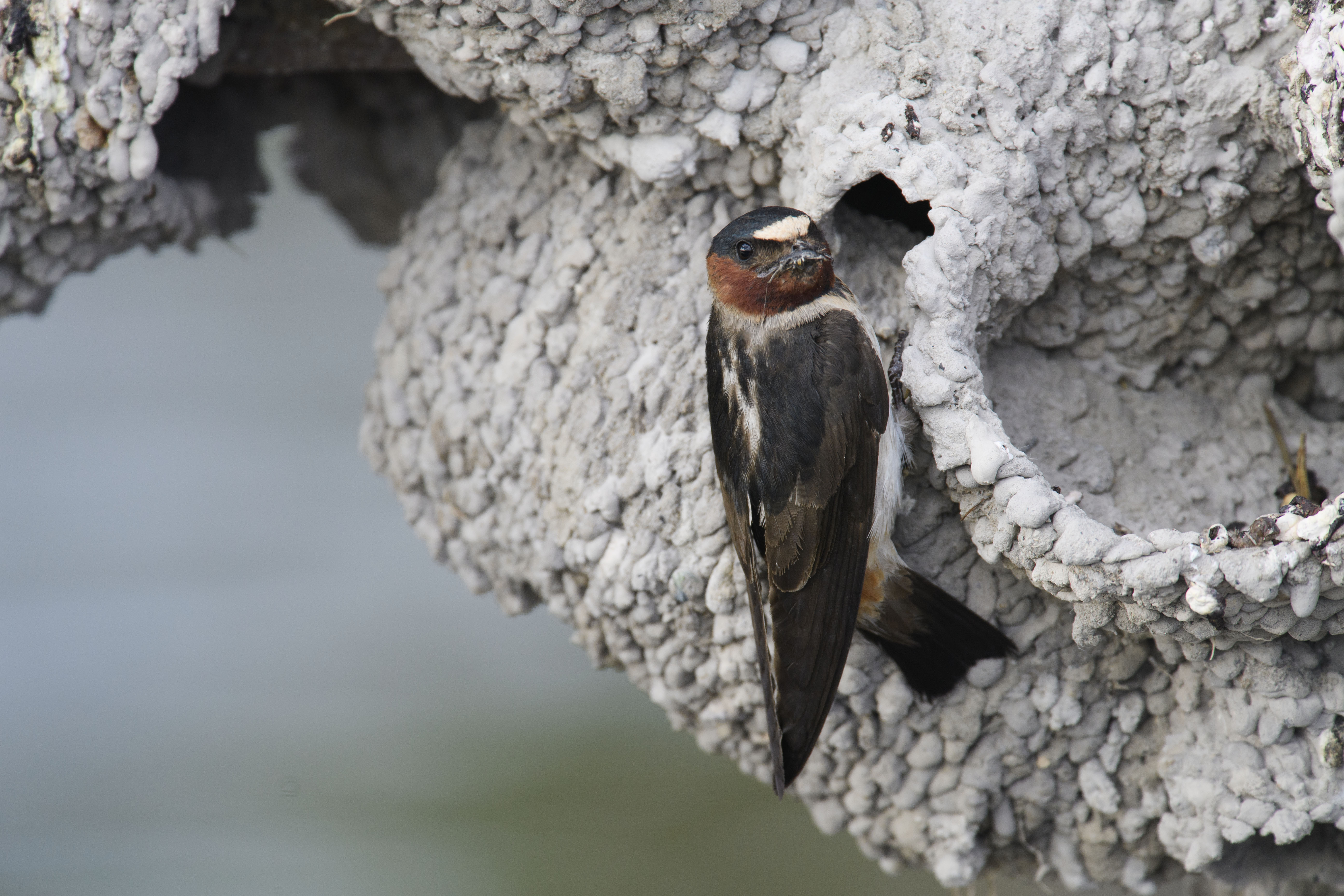 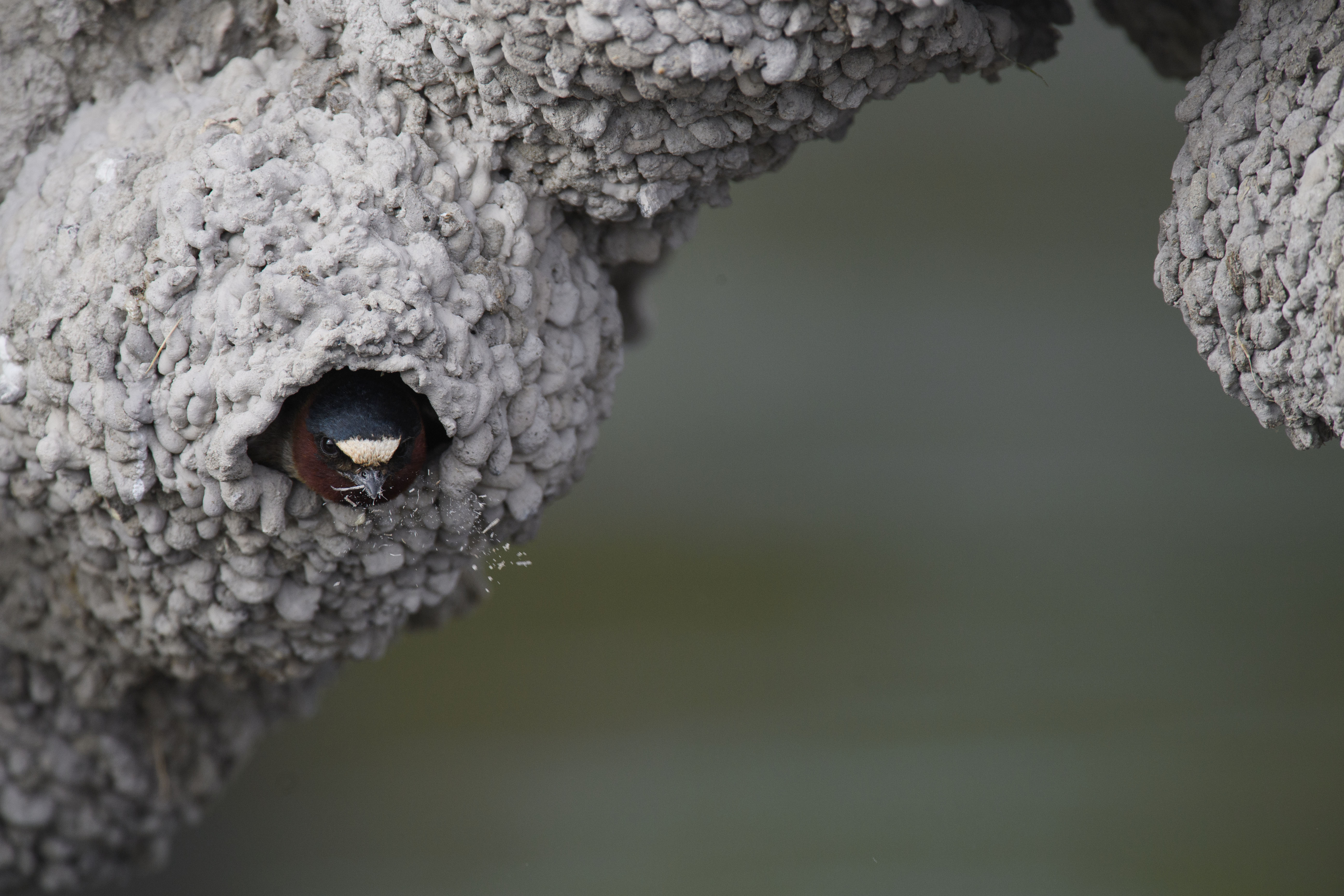 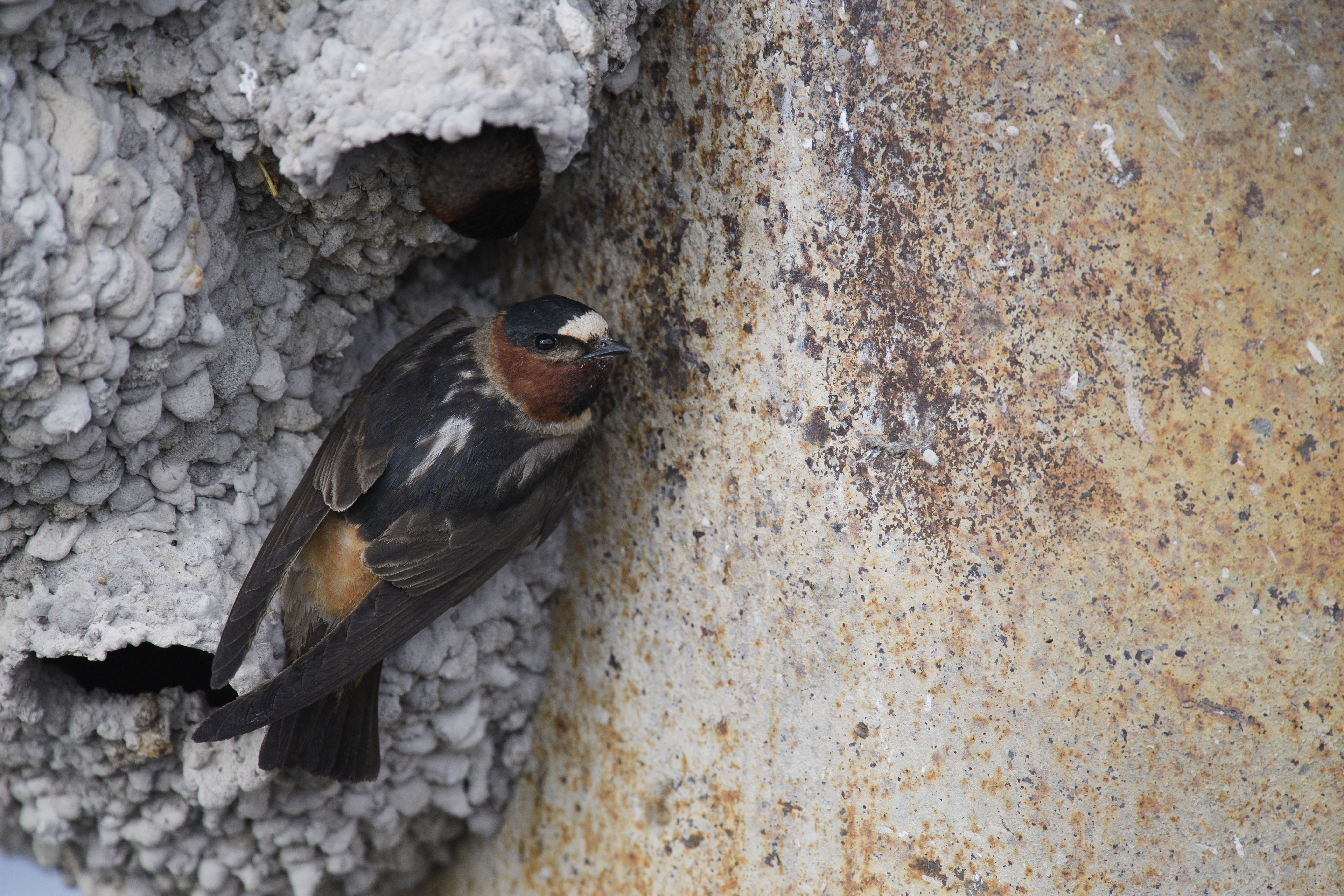 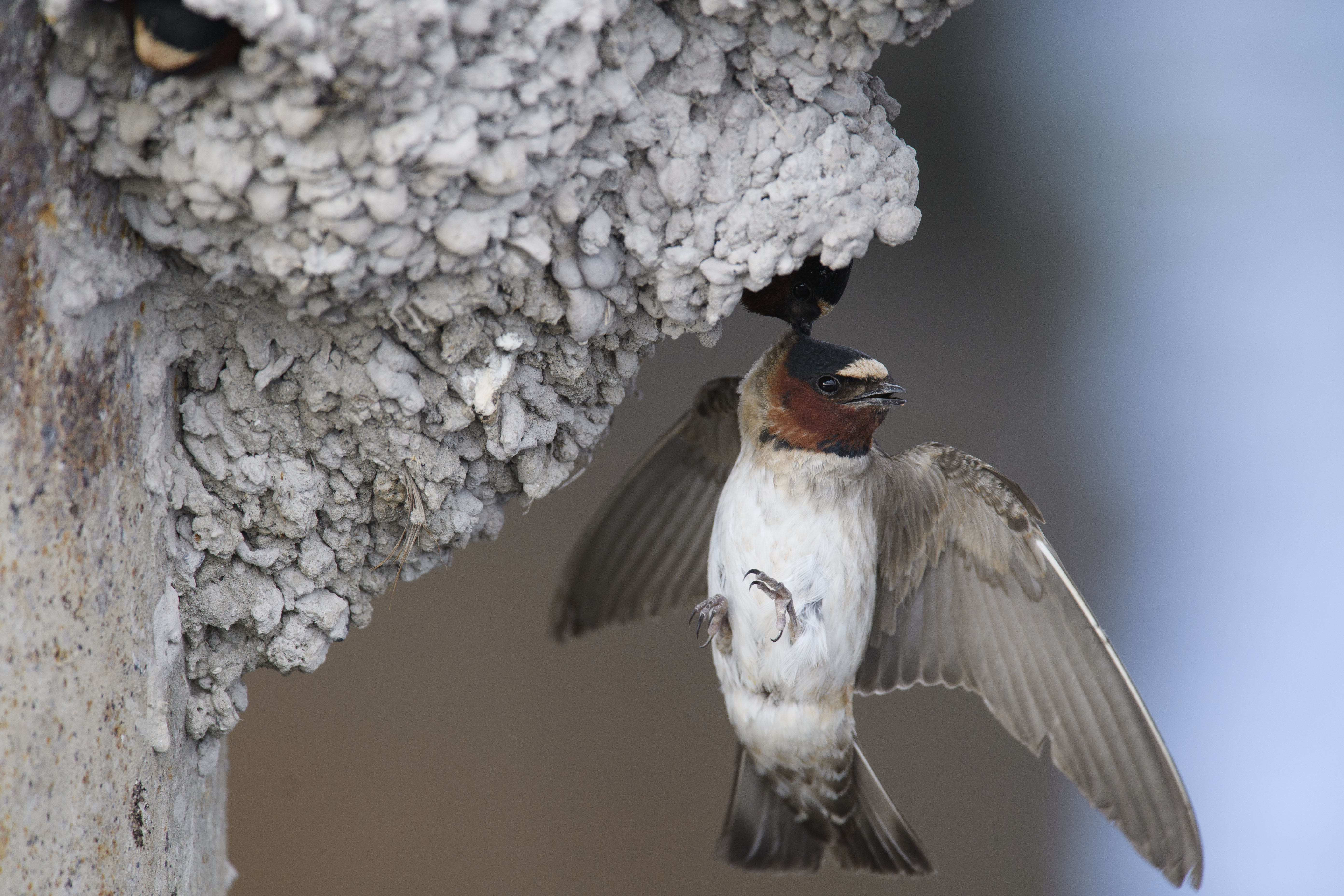