The light was gorgeous in the first hour or so that we were at the St. Augustine Alligator Farm.  We had special photographer passes that got us in an hour before the park opened to the general public.  We didn’t get into the park early the first morning, though.  Although Moose had made special arrangements with Farm personnel that we  would arrive on February 19, there was a misunderstanding and we had to cool our heels outside until the facility opened at 9AM so he could clear up the problem.  Early morning access for photographers didn’t officially start until March 4 and none of the people we talked to that morning, after arriving about 7AM, knew anything about our special dispensation.  By the end of the first day,  Moose got things straightened out and the Farm personnel apologized profusely for the misunderstanding.  So, on the second morning, we were the only people on the boardwalks after Farm personnel made sure they were clear of alligators.  That was the main issue about our getting in early.  They had to make sure there were no alligators lurking where we might be walking.  Apparently, it is common for the alligators to roam everywhere, including onto the boardwalks.

The birds all spend considerable time preening.  This great egret was no exception and the morning light on him was beautiful. 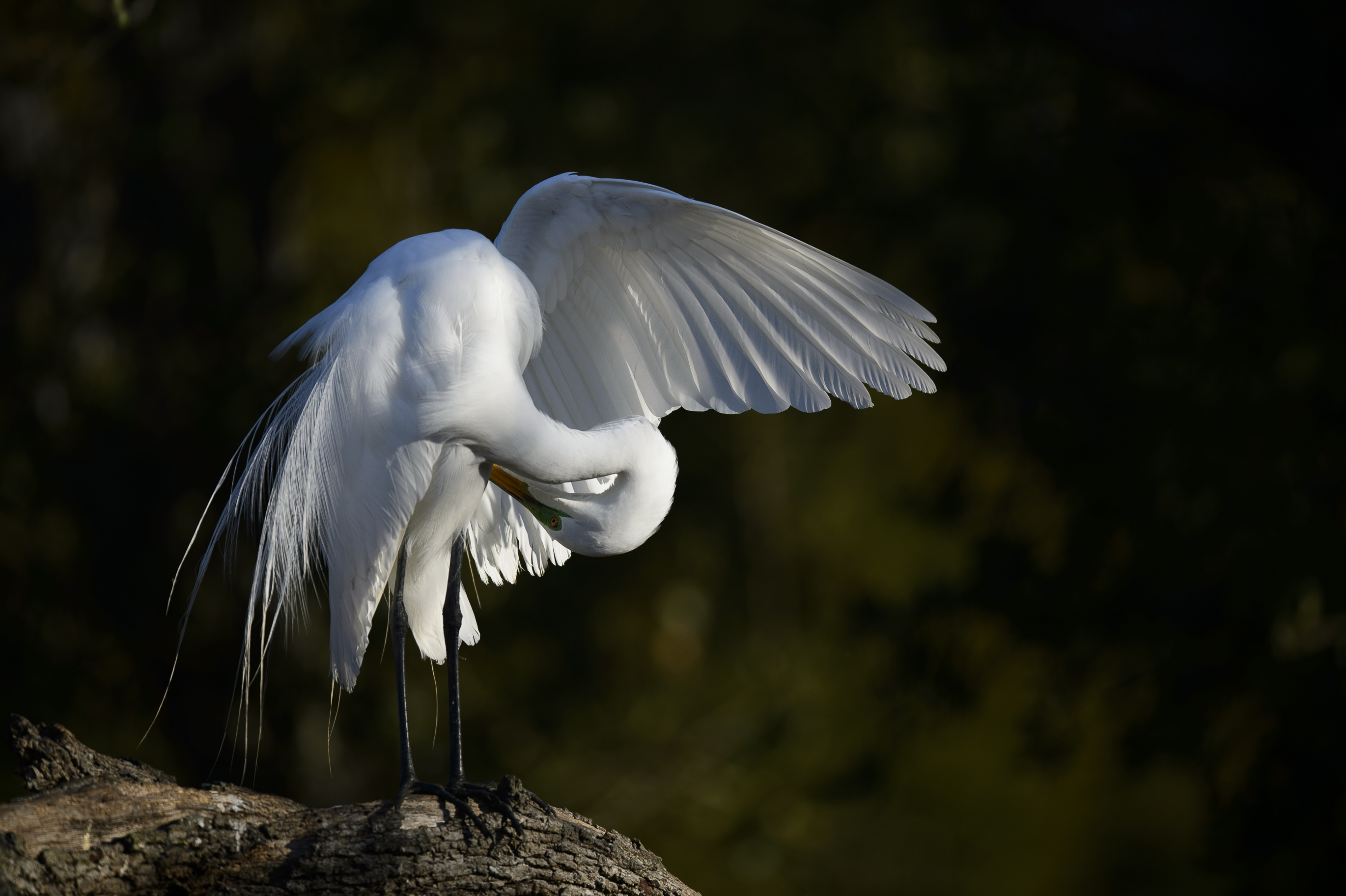 One thought on “2016—Morning Preening”