Sacramento pride was on display Friday as we honored our newest hometown heroes with a parade up Capitol Mall and a presentation on the west steps of the Capitol to the delight and approval of the thousands who attended. The three young men from Sacramento, Anthony Sadler, Spencer Stone, and Alek Skarlatos, thwarted a terrorist attack on a high speed train traveling from Amsterdam to Paris in August and were awarded France’s highest recognition, the Legion of Honour for their heroic efforts that probably saved hundreds of lives. I took a personal interest in the parade because I met Anthony Sadler and his father at Sacramento International Airport when I flew home from Arizona last week. I first heard he was on the flight before we took off because the flight attendants were excited about a “celebrity” passenger and when I asked, was told it was Anthony. I felt immediately safer on the trip home. I introduced myself to Anthony and his father at baggage claim, thanking Anthony for his courage and telling him I felt safe knowing he was on board. What a polite, humble, and well spoken young man Anthony is. I told his father that he should be proud for raising such a fine young man. Anthony’s father just beamed.

On Friday, I spent a couple of hours milling with the crowd in front of the Capitol and talked with some of them. I joined one of the yearbook photographers from Del Campo High School where two of the young heroes attended; he had talked to the security detail and was told where their cars would be stopping. We secured a prime viewing spot on Tenth Street directly behind one of the Sacramento City Bicycle Police Officers so we knew we’d be right where they would be getting out of their cars; at least that’s what we thought.

As vintage parade cars ferried family members and the mayor to the spot, we were smug that we would have prime viewing. As the three young men approached, we realized they were on a large float that had been prepared for the parade. The float stopped well away from us and by the time they arrived on foot at the walkway to the Capitol steps, surrounded by security and parade personnel, our view was quite diminished. But, as they approached, confetti shot from huge guns filling the sky with white flecks and causing the crowd to cheer and wave the small American flags that were distributed.

Jackie Greene, another home town boy, flew into town for a couple of hours just to perform a fabulous rendition of the Star Spangled Banner. It was fun to join the adoring crowd cheering and whooping as the young men were introduced and honored first by the French Consulate from San Francisco, then by both houses of the California legislature, the County of Sacramento, and the City of Sacramento. Mayor Kevin Johnson presented each young hero with a key to the city. It gave me a chance to practice some photojournalism photography, or, PJ as my camera club refers to it. 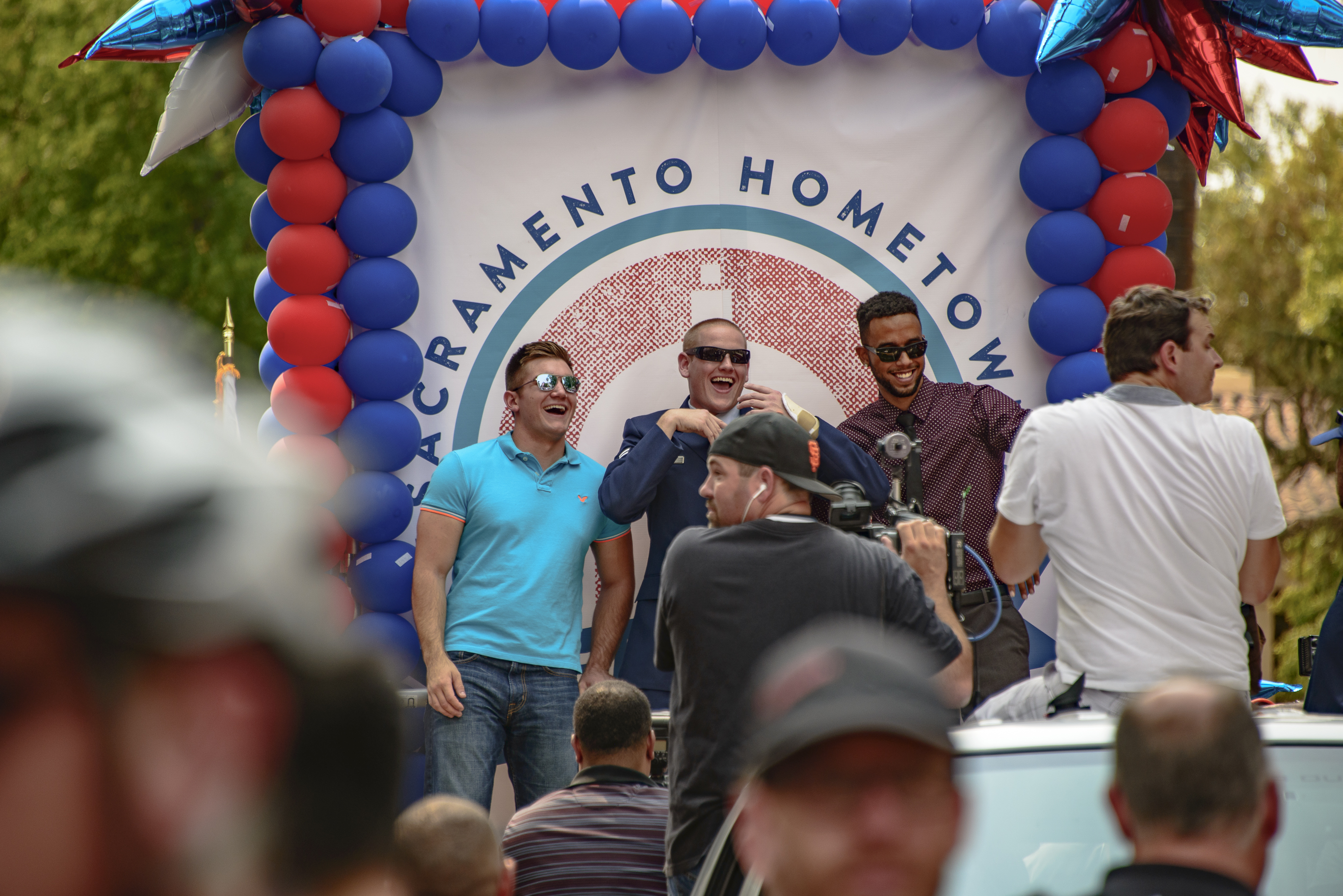 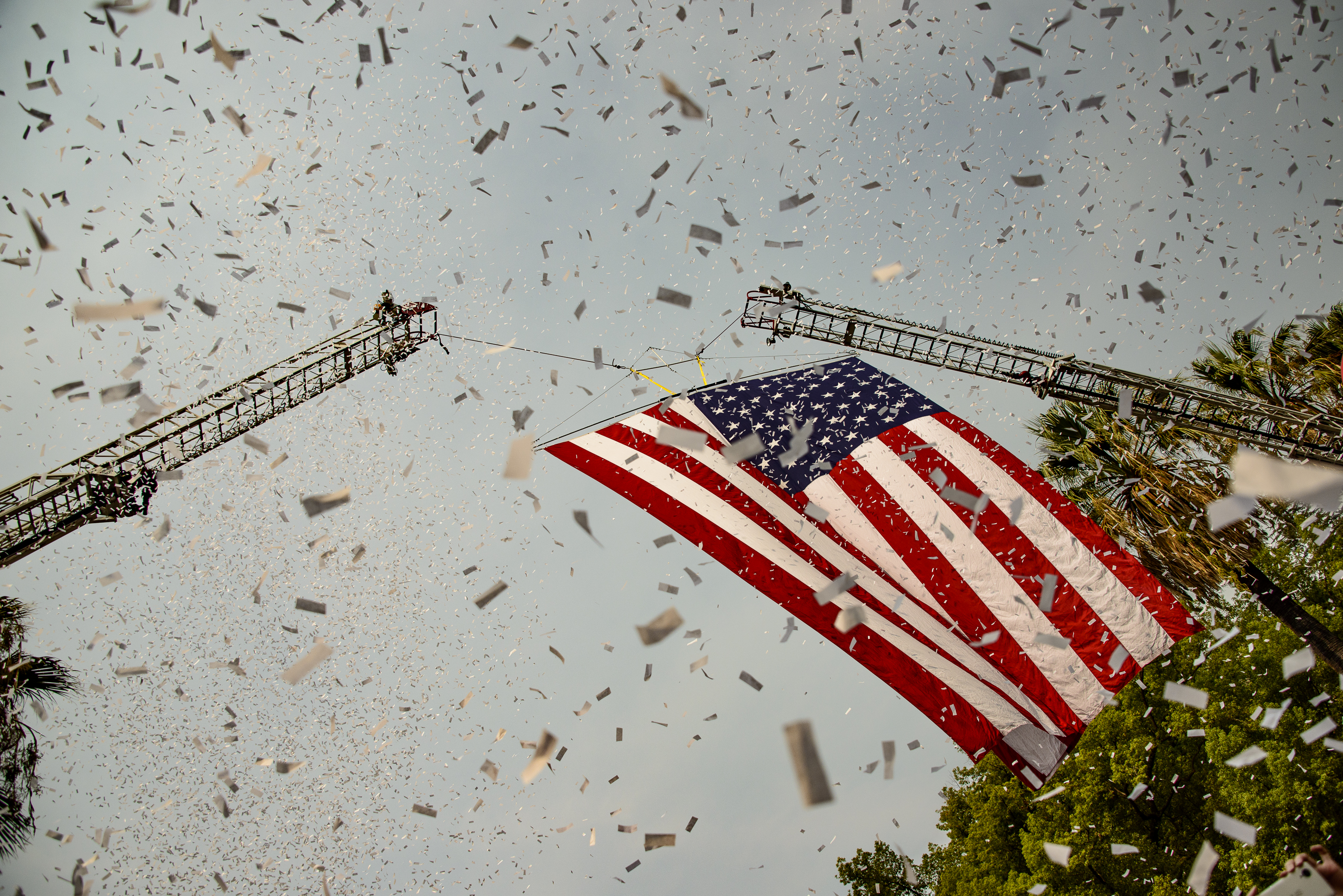 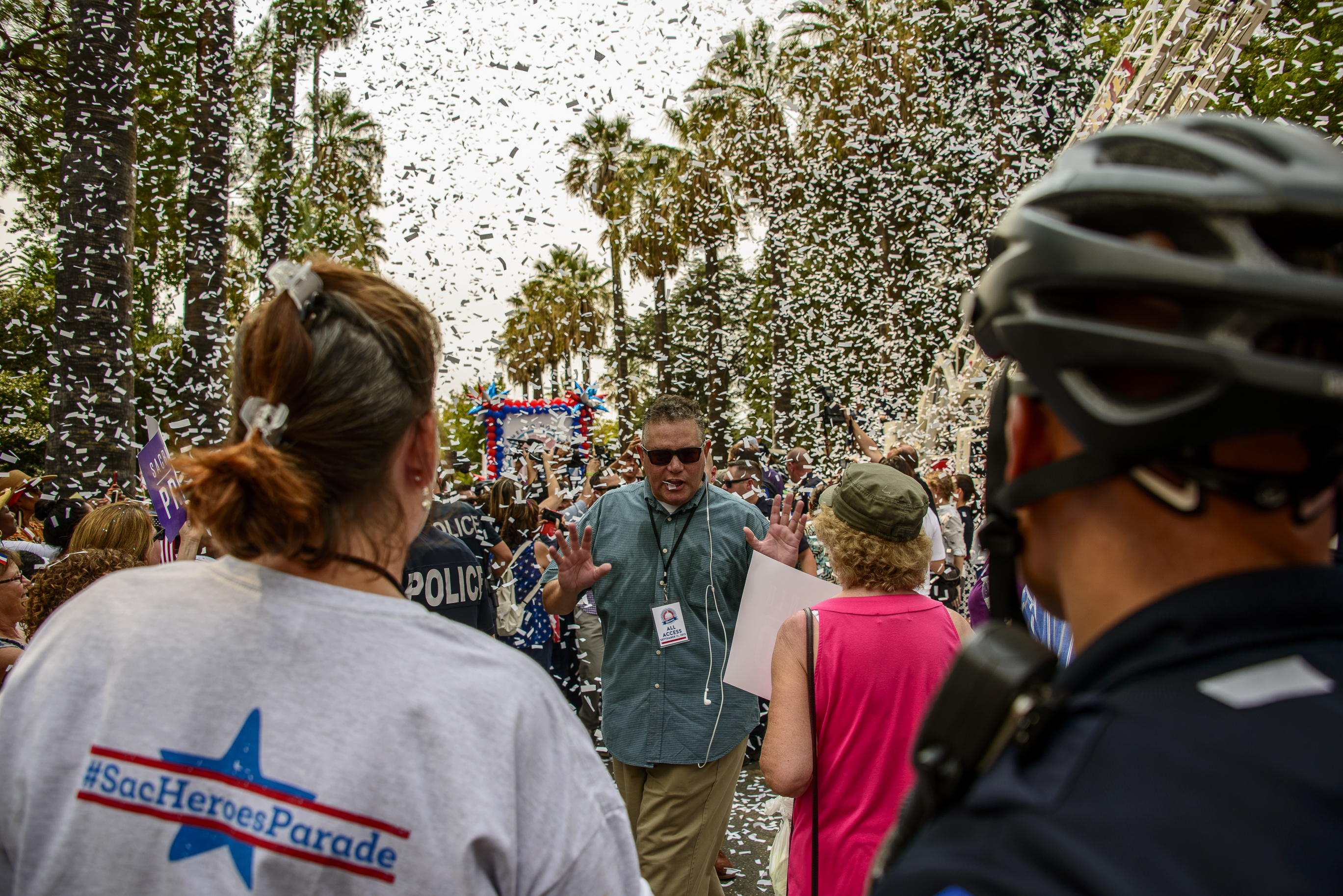 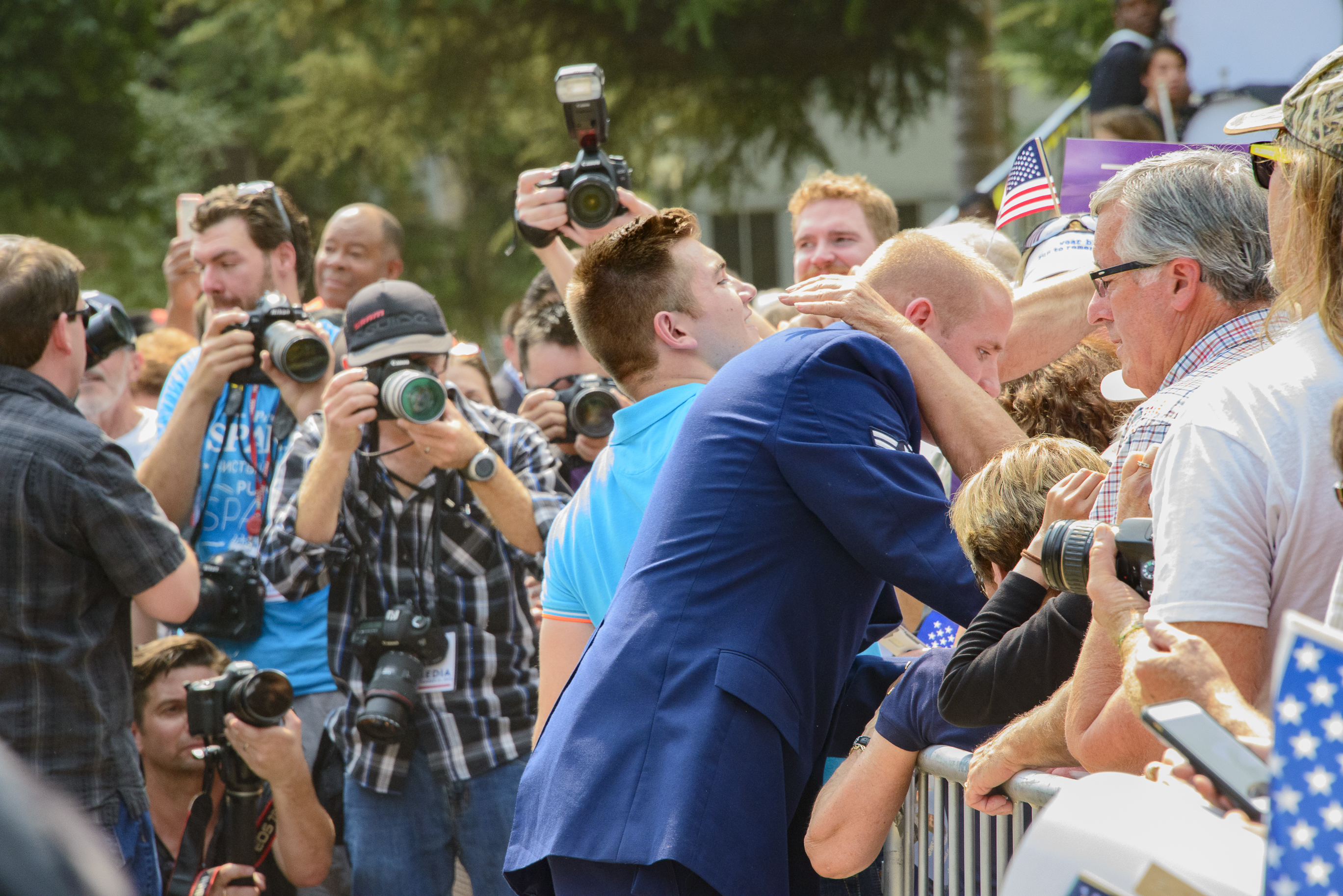 One thought on “2015—Hometown Heroes”