Finding myself with some free time Monday, I decided to look over my father’s “coin” collection, such as it is. My brothers, my nephew, and I have agreed to divide it equally among ourselves although I’m not sure how to accomplish that task fairly. The valuable coins (in particular, 1909 S VDB Lincoln Pennies) were sold long ago although I’m certain that there is value, if only face value, in the remaining coins.

As I sorted through the plastic bags of coins that my parents stored in old fruitcake tins and other unlikely containers, I came across a bag of 1943 steel pennies. The United States Mint temporarily suspended use of copper in pennies to ration the metal for use in war materials. When I was little, I was always fascinated by those steel pennies that in the 1950’s were still fairly common. But, until I came across my dad’s stash, I hadn’t seen a steel penny for decades. I quickly lost interest in the coin collection and, after getting my rare earth magnets, began to string the coins together magnetically. It struck me that I should take a photo of the coins dangling in the air so I set out to accomplish that task instead of figuring out how to divide up the coin collection. That will have to happen another day.

I wanted to show the coins dangling in the air, seemingly without support, but I had trouble showing that. I discovered that without some perspective they appeared to be laying on a black background. So I threw a few coins underneath the dangling cluster. That helped a little. The coins are all different colors, ranging from bright silver (they’re coated with zinc) to black to rust. Some even have a golden look. I discovered that the value of circulated steel pennies ranges from 20¢ to 50¢ a piece. This collection of steel pennies might be worth as much as 7, maybe 8, dollars! Woot! Let’s see; divided four ways that’s . . . . 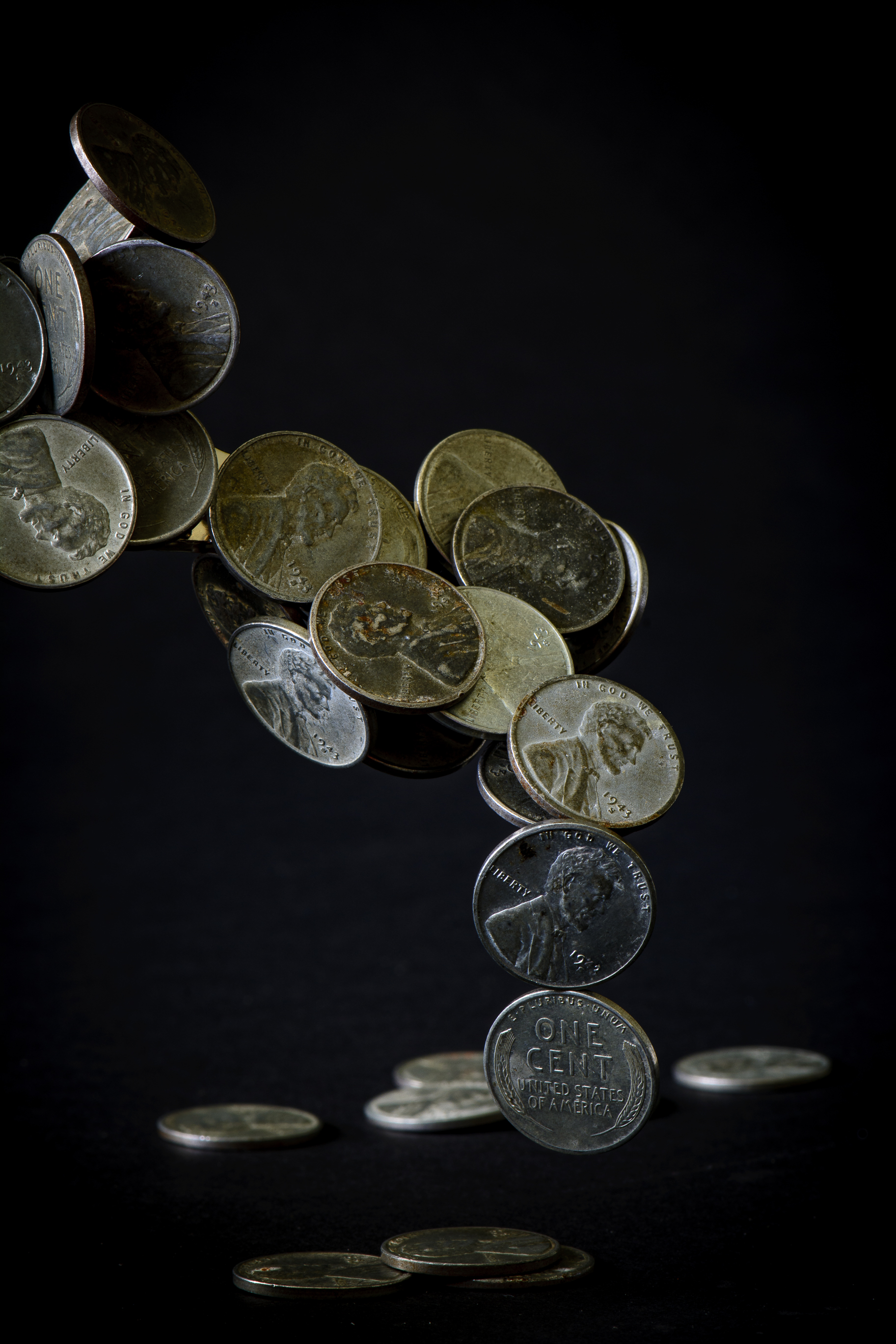