I was outside trying out a technique I just learned for creating a long exposure look without using a Neutral Density filter. It’s a good technique for creating a silky look for moving water but I don’t have the kind of moving water needed to use this technique effectively so I was distracted by the garlic chive blooms and all of the tiny creatures they attract. I got my macro lens to photograph the tiny flying things and was amazed to see they were busy as bees collecting nectar and pollen from the tiny garlic chive flowers. And, in fact, they are bees. I had no idea bees could be this tiny. These were between 1/4 and 5/16 of an inch in length but they look and act exactly like honey bees. A little on-line research revealed they are probably a kind of sweat bee [specifically, Halictinae (Subfamily) Halictini (Tribe) Halictus (Genus)] so called because they hover around people and collect moisture and salt from sweat on a person’s body. They seemed intent on collecting pollen and nectar from the chives and none hovered to collect any sweat from me because I wasn’t sweating (or should I say “glowing,” after all, horses sweat, men perspire, and women glow).

Here is a shot of that tiny bee, pollen sacs filled, seeking more pollen and nectar on the garlic chives. 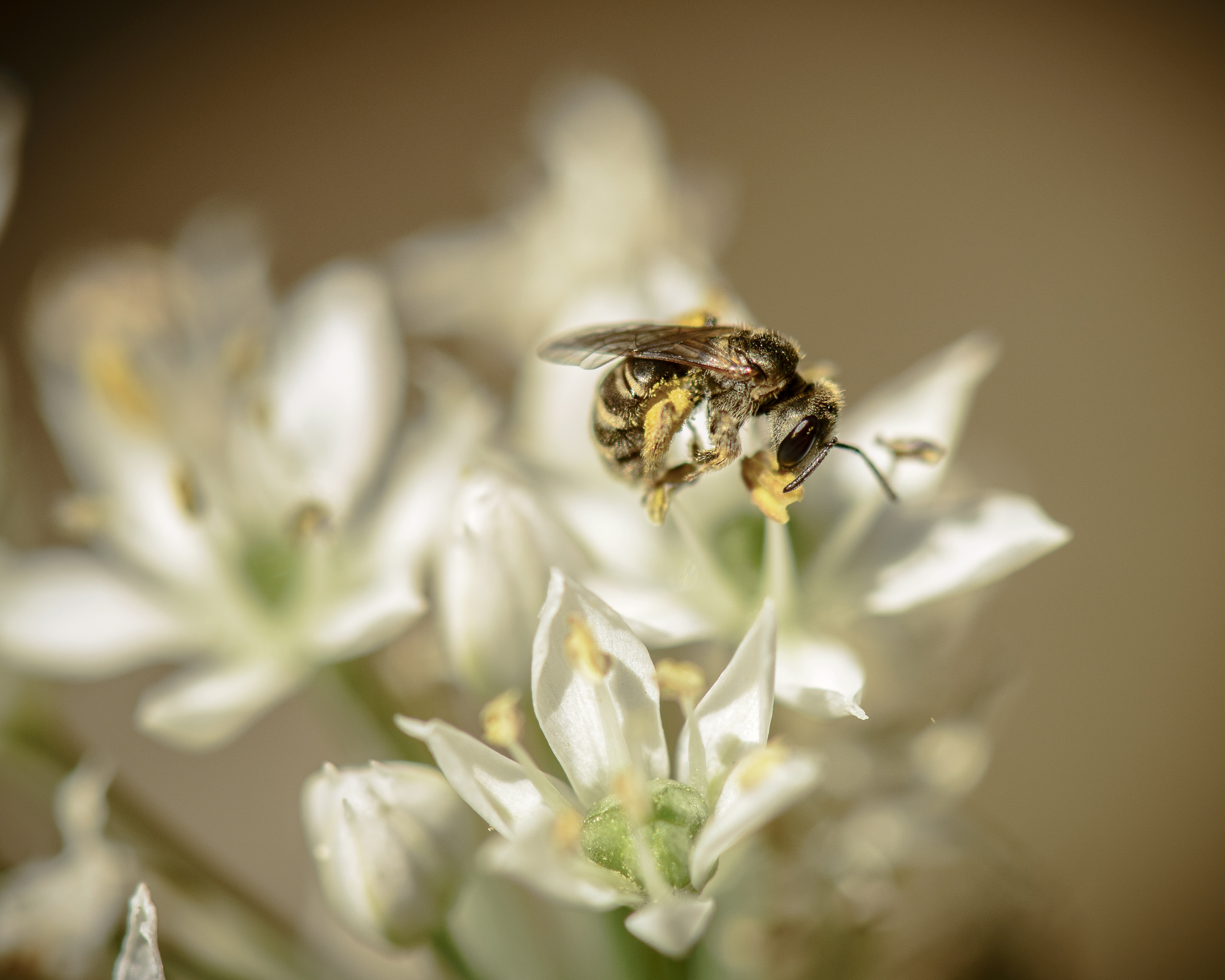