The saguaro cactus grows only in the Sonoran Desert which has altitudes under 4000 feet. That means there are no saguaro cacti in Prescott, Arizona which has an altitude of about 5400 feet, well over the highest elevation where saguaro cacti can thrive. As Lonnie and Melinda drove me to Phoenix to catch my flight home, saguaro cacti began to appear along the highway as the elevation dropped and we got closer to Phoenix. I commented that on my next visit, I wanted to photograph some of these iconic symbols of the Southwest with their anthropomorphic tendencies. No sooner said, than done. Lonnie pulled into a shopping center that features quite a few of these interesting succulents, many with cactus wren nests tucked in the crooks of the plants’ arms, including the one I photographed. We even saw a cactus wren. I tried to photograph the cactus with a neutral background so that the shopping center buildings didn’t show. The only way I could do it was to aim up. None of the saguaro cacti that we saw in the center had arms with an unusual pose so the shot isn’t particularly interesting but after I edited it in Perfect Effects Black and White to give it an old look, I liked it better. 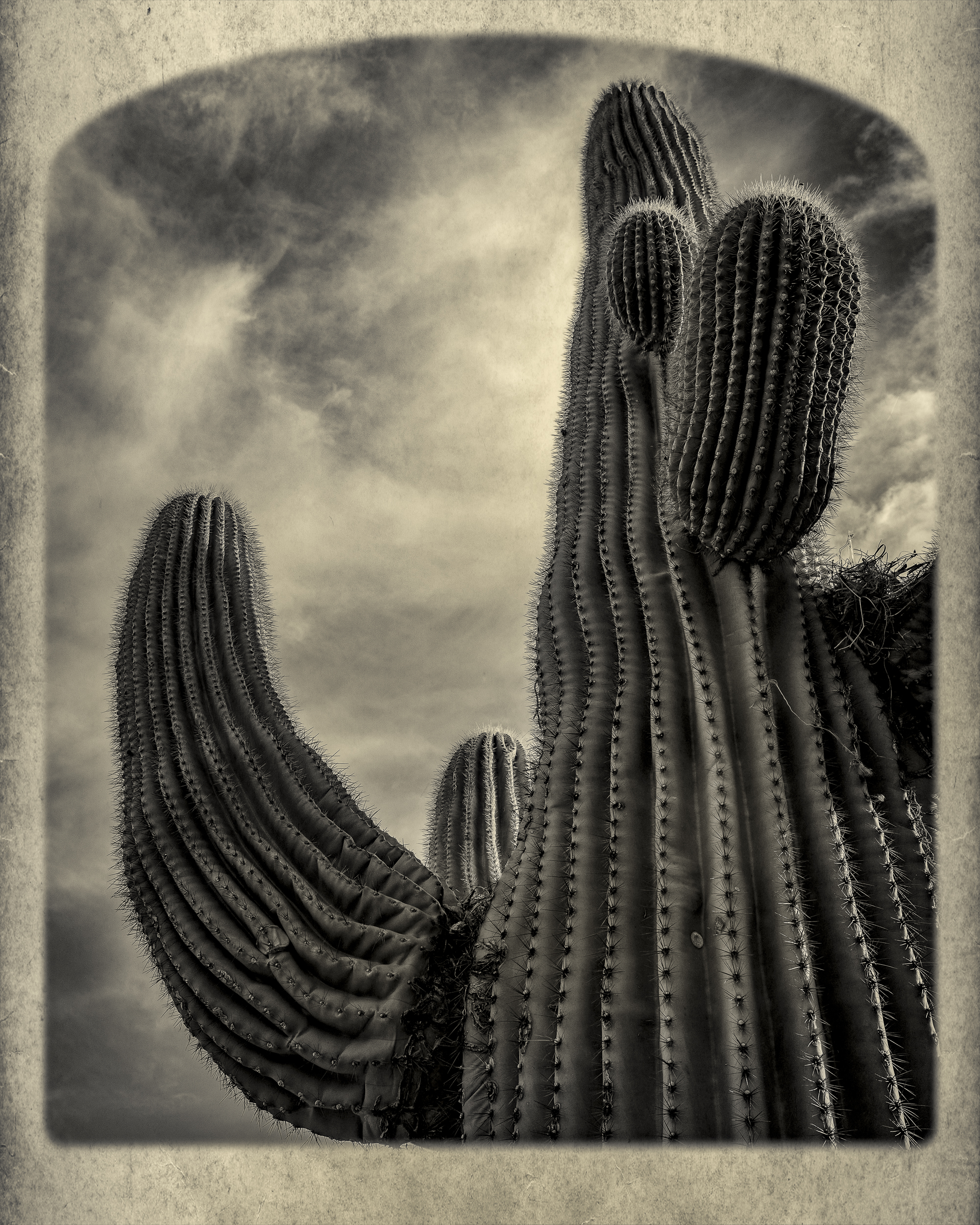