These bushtits are bathing in very shallow water but that’s not the shallowness I’m talking about. The depth of field in this shot is also very shallow. The two birds in front are in focus and the rest of the birds in the cluster are in varying degrees of out of focus-ness (is that a word?). They’re only an inch or two apart but that short distance causes a huge change in whether something is in focus at such a long focal length and with a comparatively large aperture. I had that problem in mind when I starting taking shots of the bushtits as they jumped in for their afternoon bath. I set the aperture to f/29 so that a larger area would be in focus and started firing, forgetting that I was in manual mode, not aperture priority. As a result, the shots were so underexposed that I had to increase exposure 4 full stops to even see what was in those shots. When I realized what I had done, I opened up the lens to let in more light but even then I should have upped the ISO as well. In my zeal to capture those adorable bushtits in their bathing frenzy, the requirements for a good exposure went right out of my brain. As it turned out, I still had to increase exposure by 1 1/4 stops in Lightroom. 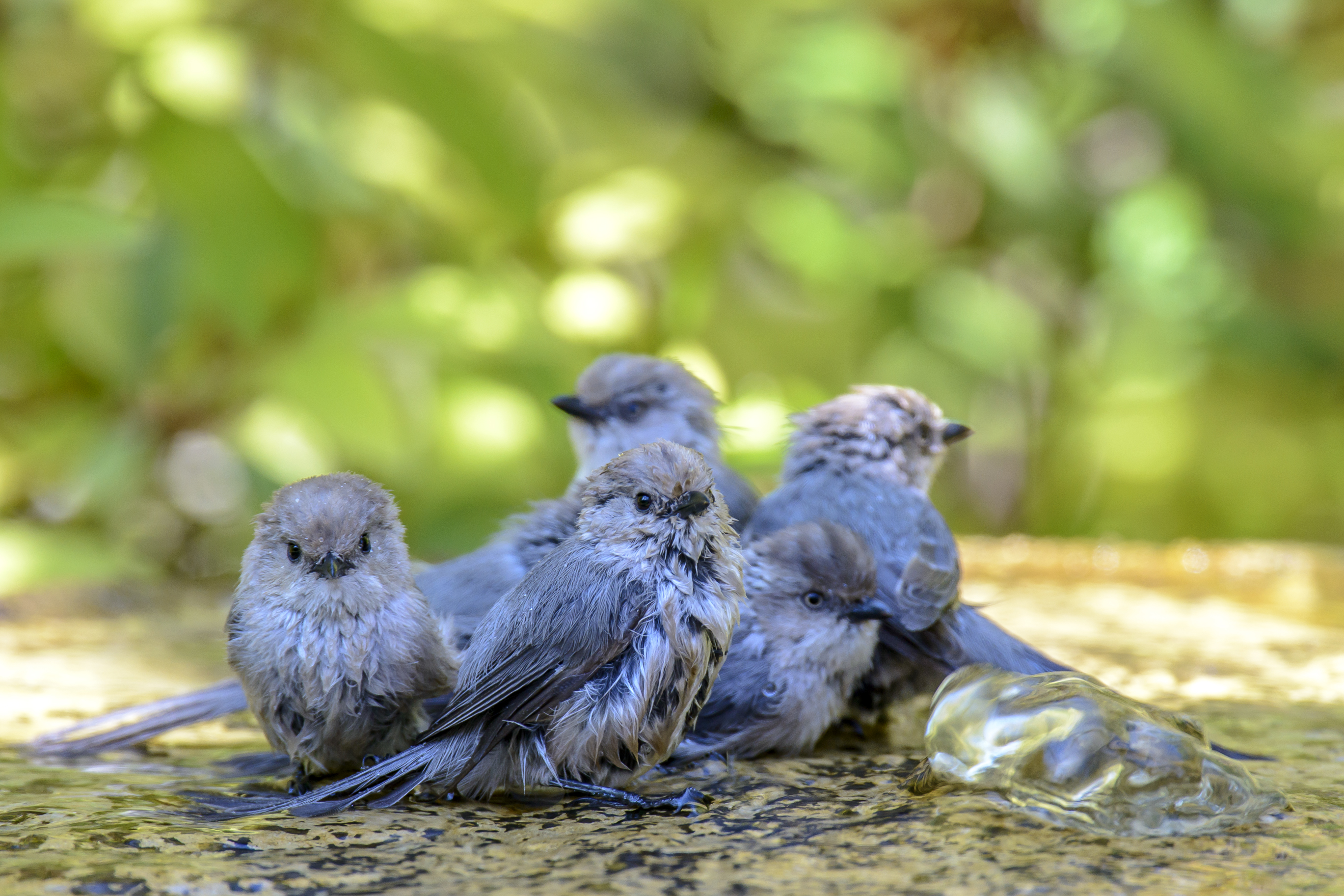