We were fascinated by the beetles that were scurrying around these lovely white clusters of flowers in the meadow near the tiger lilies. I thought they might be some sort of Queen Anne’s Lace. I took a photo of the leaves so that I could identify it later. As I reviewed the photos and wondered about the bugs, I thought first to identify the flower. My Audubon Society Guide to Western Wildflowers quickly offered an identification. It’s in the same family as Queen Anne’s Lace, all right so I was going in the right direction. The carrot family, which includes Queen Anne’s Lace but also consists of edible plants such as carrots, parsnips, celery, cilantro, caraway, anise, parsley, and dill, also includes some not-so-edible plants. This show stopper of the meadow, however, is also a heart stopper … literally. It is called water hemlock and it is highly toxic; ingestion of even a small amount of it can result in convulsions and death within a few hours. I was worried about a tiny cluster of leaves I thought might be poison oak. Bruce assured me it wasn’t. But we neither one gave a second thought to spending time around these poisonous beauties. Although I wasn’t tempted to eat them, what if I’d picked a bouquet of them? Is the sap poisonous, too? Yikes. I know it’s a crime to pick wild flowers, but the punishment shouldn’t be a death sentence. I still haven’t been able to identify the beetle. After discovering the truth about the flower, it didn’t seem quite as critical to identify it, although it is obviously no affected by the toxins.

My nephew informs me that the beetle is a flower longhorn, latin name, Leptura obliterata. We speculated that the “obliterata” in its name comes when the beetle consumes too much hemlock pollen! 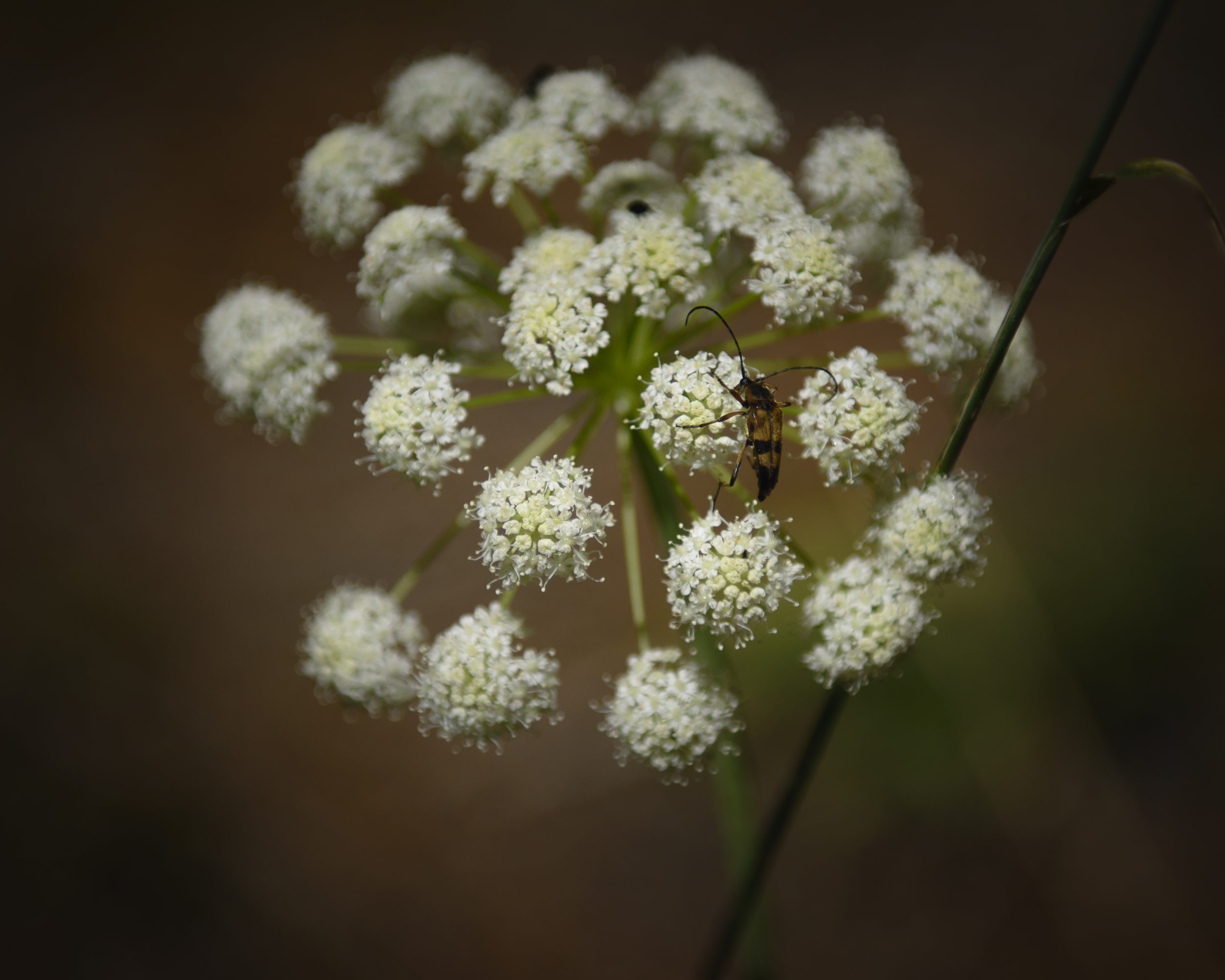 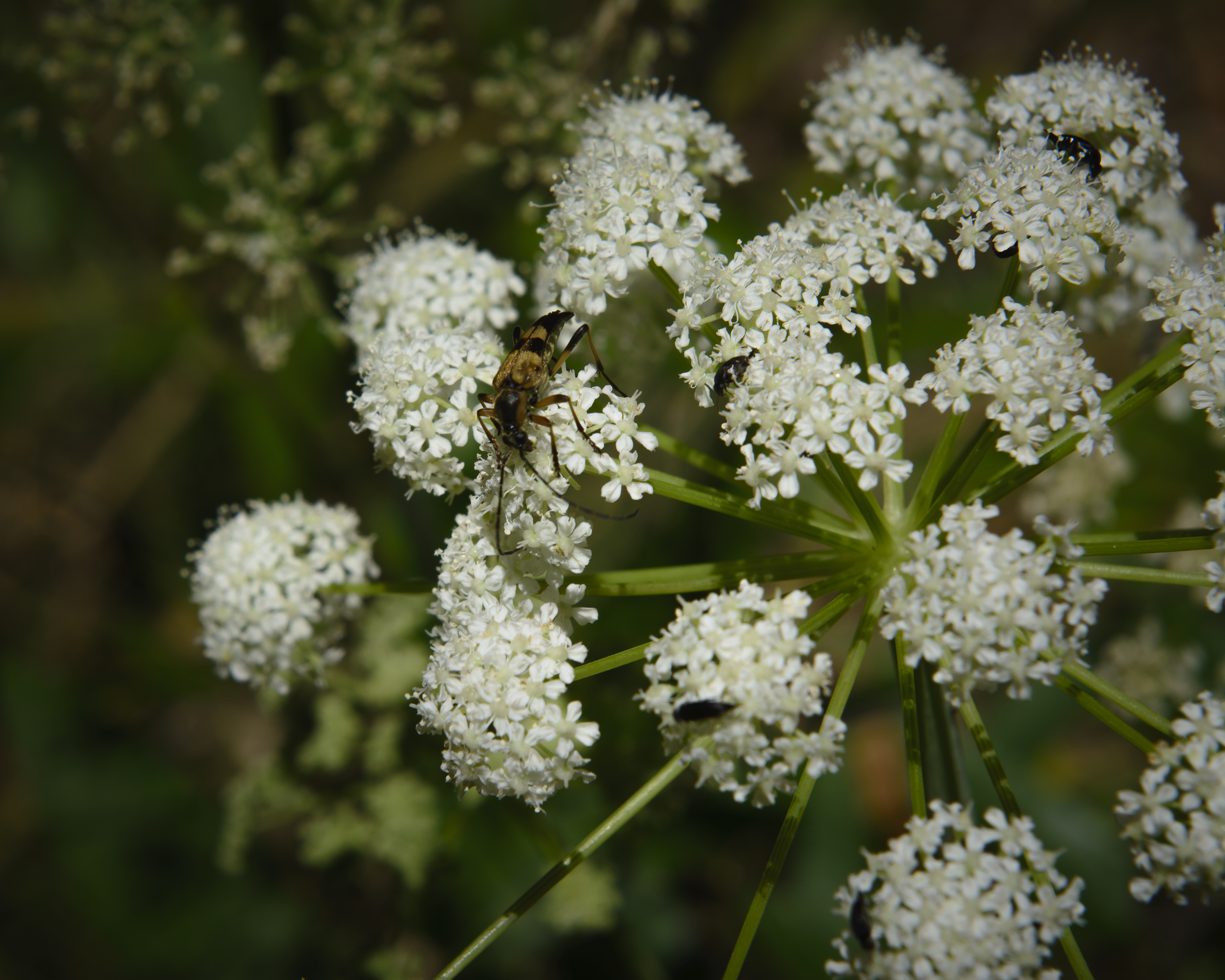 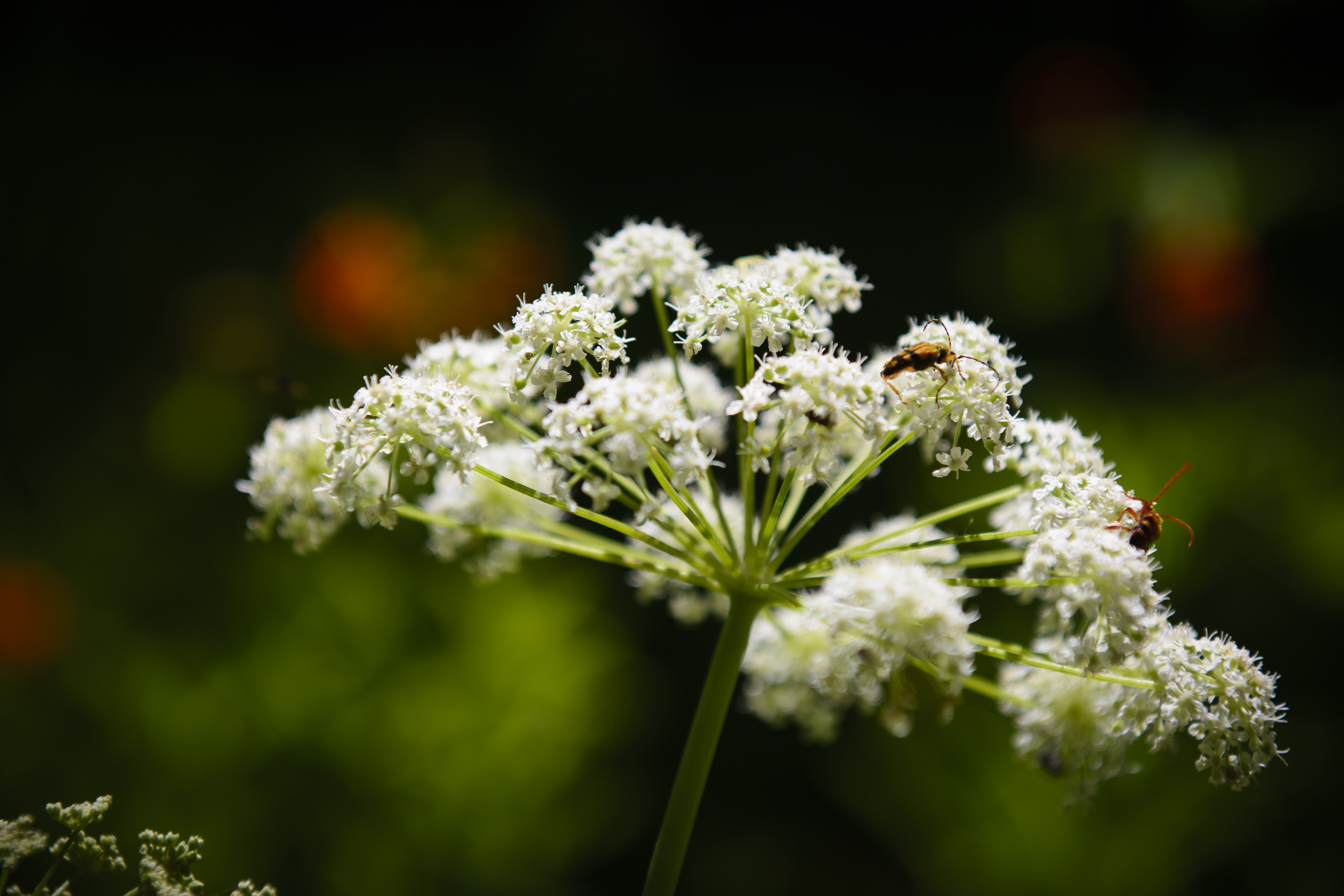